(8/10) I think that Piet Sielk's Iron Savior is one lf the most underrated bands in German metal. The guys are delivering, since many years, excellent metal discs with with excellent metal songs. Furthermore the guys received constantly good feedback from media and also the appreciation by metalheads was big, but still, they never managed to share the spotlight with bands like Gamma Ray, Helloween and Blind Guardian.

I'm curious if the newest Iron Savior album "Titancraft" will change this status of being an excellent 'second'. For sure this longplayer delivers all the ingredients for such a step.

Each of the ten songs is strong and forceful. The start is done by an intro called "Under siege" before the title track proves the quality of Iron Savior with melodic speed metal almost blows your speaker before "Way of the Blade" adds some more intensity with a rapid machine gun rhythm and a melodic chorus.

But it's not only the fast numbers that rock. "Gunsmoke" is kept more midpace and it's one of the best tracks on the album. The same goes for "The Sun Won't Rise in Hell". "Beyond the Horizon" reminded me of a basic Blind Guardian tunes without all frills and decoration.

Last but not least Iron Savior added with "I Surrender" a power ballad to this album that does a good job too. Yes, there might be some cliches stressed, but in the end I've heard worse ballads the last months.

"Titancraft" is what it is - metal and steel cast in excellent metal songs that are great stuff to listen to. 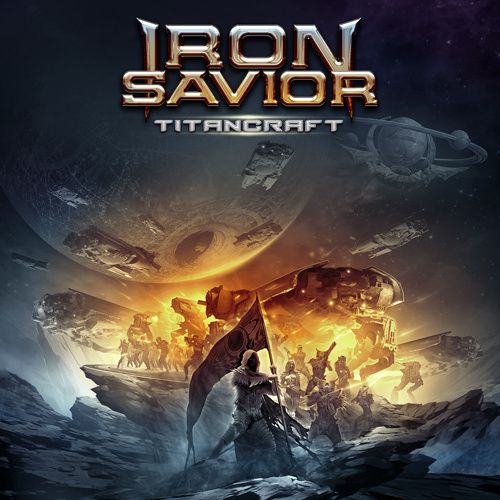