(8/10) Paul Speckman is Master and Master is Paul Speckman. Both, Speckman and his band, stand for oldschool death metal. More than 30 years, 12 records and several EPs' are on Master's credit side and the next longplayer is in the starting blocks, ready to hit you right into your face.

"The Epiphany of Hate" is the band's thirteenth output and it fulfills all expectations. The death metal dinosaurs didn't chance a lot. The new longplayer is a logical continuation of "The Witchhunt" from 2013. 10 new death metal hymns have been burned on the new record and each of them is a highlight. As we know it from the predecessors, also this time the American/Czech powerhouse can keep the quality quite high and even though the songs are kept in a similar pattern. The new album of Speckman's death machine has many thrilling moments.

The straight-forward opener "Subdue the Politicians" sets the tone of voice for the next 45 minutes. Riffs and well-done leads are all over the place and it's this rude uncompromising attitude that gives this tune the right punch.

Also steam rollers such as "Just Be Yourself" are songs that will be loved by Master fans, but have also the potential to gain new supporters. These tracks just roll over you, no way to escape.

But it's not only pure death metal you get with this longplayer. Speckman and his horde also include some thrash moments in some of the numbers on "An Epiphany Of Hate". "Just Take My Right Arm" starts with an infernal guitar sound that reminded my of the early Slayer. The song itself might be not that innovative but again, it's this endless power that convinces the listerers of this album.

Master and Paul Speckman do what they can do best, writing merciless death metal songs that are food for real headbanging, "An Epiphany Of Hate" is another great Master album that also got a the right and diversified sound you can expect. Thumbs up or better: Horns Up. 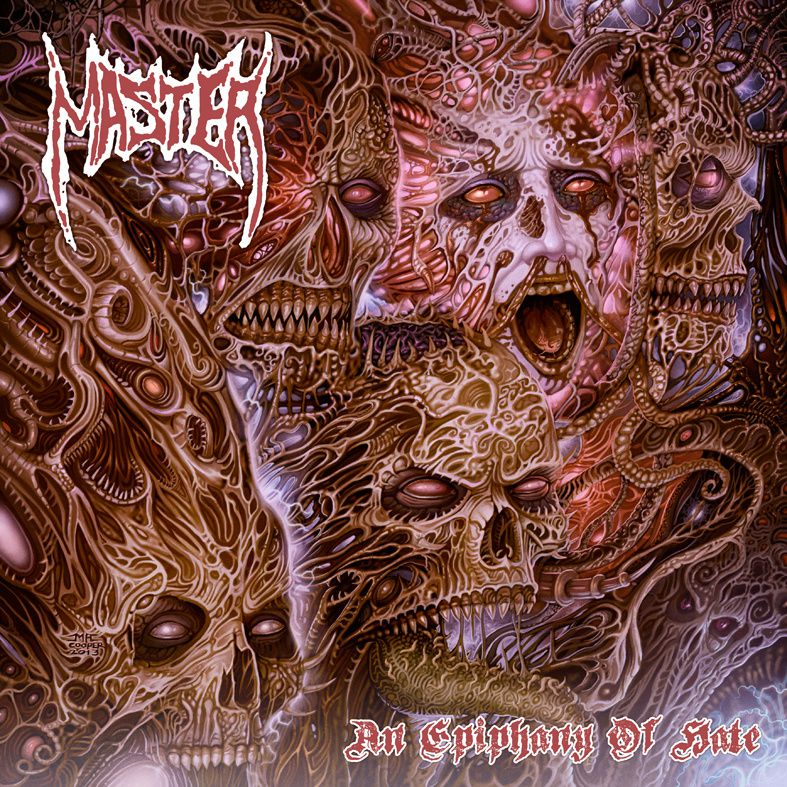