(*/10) There are in the meantime quite some female-fronted metal band around that combine classic soprano vocals with hard guitar riffs. One of the first ones have been The Gathering, but it was Nightwish from Finland that brought this mixture more into the spotlight, while celebrating huge successes.

One important factor in this was singer Tarja Turunen. The soprano singer was one of the cornerstones when it came to Nightwish's sound at that time.

As we all know, Nightwish and Tarja decided to break up. The Finish singer with the enormous voice decided to continue releasing solo albums - four up till now. Next to those longplayers she also had two live releases and number three is out now in the shops.

Knowing that her husband Marcelo Cabuli is from Argentina it isn't a too big step to understand that this country became almost a second home for Tarja. And what is more obvious than also recording a show in Buenos Aires.

The concert from the newest live release took place already in 2011. It was March 27 when Tarja perfomed a show in the Luna Park in Buenos Aires that included many Tarja solo tunes, but also "Wishmaster" from the Nightwish-times. Another special is "Where were you last night" that is enriched with Belinda Carlisle's "Heaven is a place on earth" and Bon Jovi's "Living on a prayer".

The second CD is a mixture of different live recordings that took place in 2010 on the Masters Of Rock plus the 2011'a Summerbreeze festival. "Anteroom of death" is from Wacken 2014 and is performed together with a-capella band Van Canto, while a few other songs have been recorded in Ekaterinburg in Russia. Esp. the Masters Of Rock songs with choir and orchestra stands out a bit from the rest.

In some parts the tracklists of the two CD's are identical, but there is enough different material on the album that makes to something special and exciting for fans of Tarja and female fronted bombastic metal. 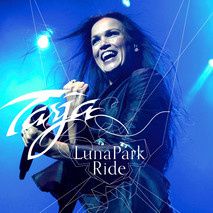