(*/10) Almost to the date four decades ago the legendary Pink Floyd released with “Animals” and album that belongs to the milestones in the band's rich discography. The record is now, after twenty years, available again in a vinyl version and is the last one in a series of three re-releases. “Wish You Were Here” and “The Dark Side of the Moon” have been published already a few weeks ago, now followed by “Animals”. Compared to the latter, the first two albums aren’t new versions as they have been part of the 2011 retrospective. “Animals” instead went through a full remastering of the original mastertapes.

For all the younger readers who might not know the album, “Animals” is Pink Floyd’s tenth studio album and with a concept that is loosely based on George Orwell’s “Animal Farm”. The album contains an intro and an outro called “Pigs on the Wing”, framing the three elementary tunes “Dogs”, “Pigs” and “Sheep”. Each of these animals stands for a certain social class. While the ‘dogs’ stand for greedy people that are just aiming for their own profit, benefit and money, it’s the ‘pigs’ that are the moralists, preaching water and drinking wine. And then there are the ‘sheep’, which stands for the wide mass of people that are just following and don’t want to be bothered with things. Eventhough the original release of the album was in the end of the 70’s; looking on the last year’s political and social developments the topic is more than relevant up to today.

Pink Floyd also kept this album harder and rougher than the predecessors. Keyboard based soundscapes are gone on “Animals” and it’s mainly David Gilmour’s guitar that’s building the base for the three songs.

The re-issue of this classic in a vinyl version is more than a collector’s piece. Eventhough I like the new digital way of listening to music I also think that there are records screaming for a vinyl version. This one belongs to this group and I guess that fans of progressive rock music will enjoy this re-release that comes in a fantastic gatefold version. 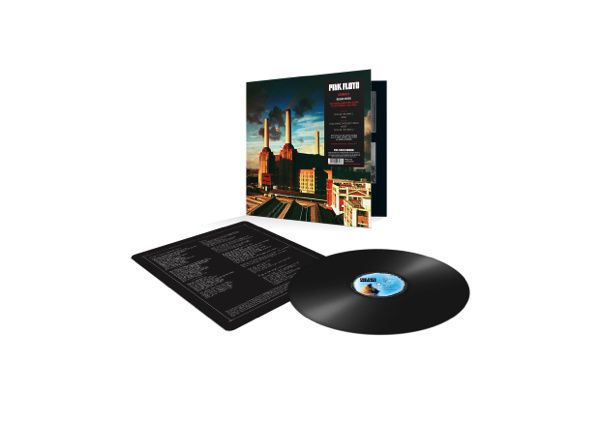