(7/10) The new EP of Xandria is called "Fire & ashes" and follows the latest, very successful, release called "Scarificium". Like on the latest longplayer Dianne van Giersbergen is responsible for the vocals. She did already a good job on the last longplayer, but I would say that she is even better on the new EP. The feels like she 'arrived' in the band.

It's three new songs that Xandria put on this EP. "Voyage of the fallen" is a bombastic four minutes long tune with fast guitar solos and good melodylines. "Unembraced" follows. It's a track with a darker vibe. It has a dominant beat and reminds to Nightwish. The half-ballad "In rememberance" is the last of the new songs on "Fire & ashes". It is kept more melancholic and is five minutes masterpiece of symphonic rock.

Next to the new tracks it is two band highlights that have been newly recorded. "Ravenheart" and "Now or never" got a new expression with van Giersbergen performing them. They are a bit more bombastic than the originals and are a nice add-on for the EP.

There are two cover versions on the EP too that are very diverse. One cover is "I do anything for love" from Meat Loaf. Xandria does a good job hear even though I think that Meat Loaf's voice is so much connected to the song that it's more than a challenge to create a good cover version. Xandria partly managed it. Next to this new interpretation it's Sonata Artica's "Don't say a word" that was recorded and put on "Fire & ashes". Compared to the Meat Loaf cover this song works very well.

This EP with seven songs is a nice bridge till we can welcome the next studio album of the band. Fans and collectors will like it. 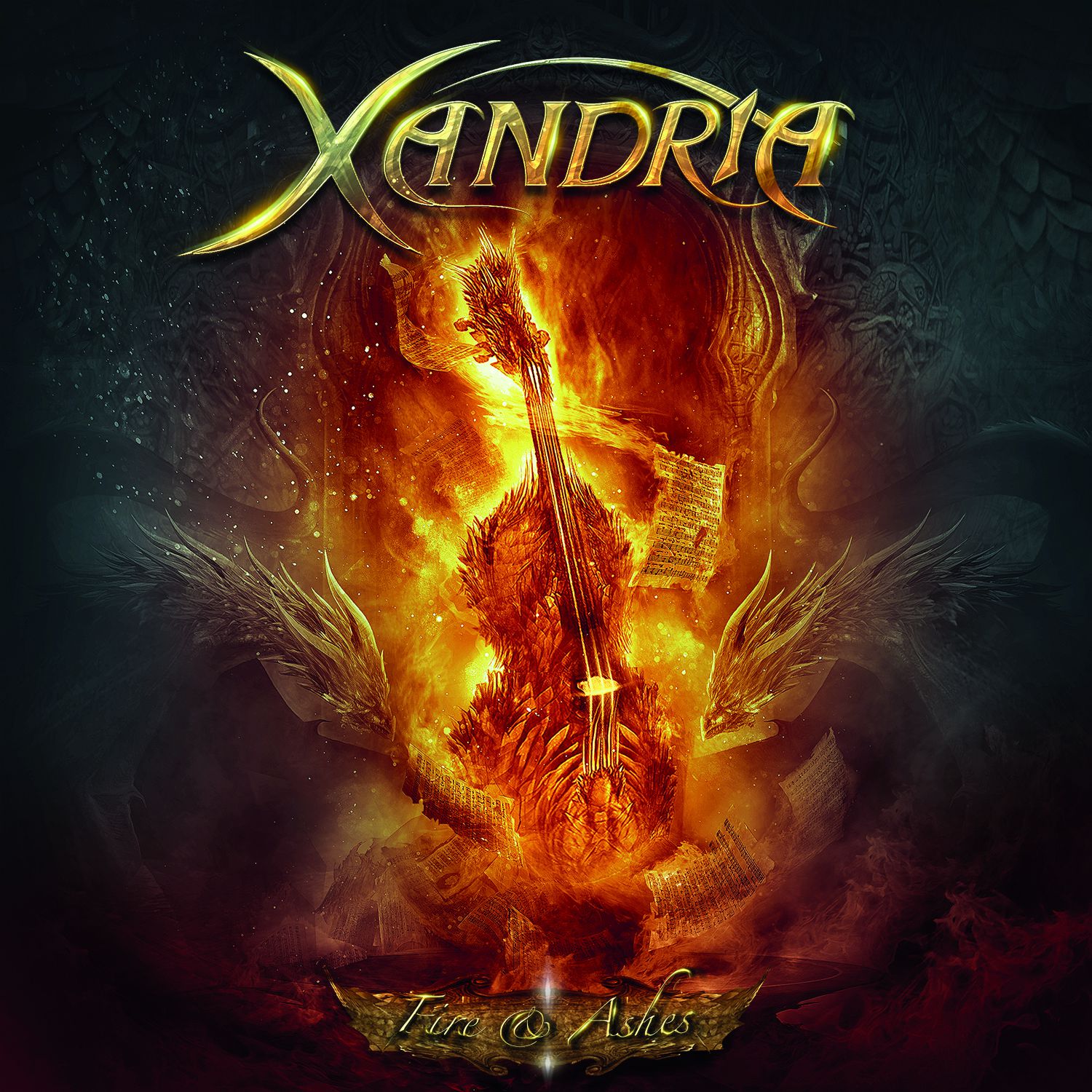 Powerwolf have just finished the mix of their upcoming album "Blessed and possessed" at Studio Fredman, with Fredrik Nordström and Henrik Udd at the helm of the desk. These days Jens Bogren laid final touches to the song, mastering the album at Fascination Street.

In addition the band published the first live dates for autumn this year. They will be on tour with Orden Organ, Xandria and Civil War. Here are the dates: (7/10) Xandria is already around since the early 90's but started to get more into focus from 2000 on. The music of the band from Bielefeld, Germany is to describe as symphonic metal. They are comparable with bands like Nightfish.

Xandria didn't have a lot of good luck with their singers. With Dianne van Giersbergen, who is not related with Annike van Giersbergen, the band has their forth vocalist. Let's hope that she will stay in the band for a few years, which would be from a continuity standpoint a good thing.

Since the former singeress Manuala Kraller did a very good job the curiousity was sky high about the performance of Dianne. Already at this stage I can say that she did a good job. The new album called "Sacrificium" became a logical continuation from the former LP. Dianne's vocals are classical and operatic. Actually she is not that far away from Manuela Kraller. This also means that Xandria's big idols are still the Finnish genre grandfathers from Nightwish. Parallels are more than visible and audible.

In my opinion Xandria is brave to kick-off the album with the longest track. "Sacrificium", the title track, is also the opener of the new record. With an epical length of 10 minutes the song is really special on the album. In my opinion it is also one of the highlight. It's many-faceted, with a lot of heavy riffing parts as well as slower elements, inclding some spoken word sections. The choir adds even some more bombast to the tune. The driving metal track "Nightfall" is another good song on the album. It is less pompous than the other tunes and this fits the band actually very well. "Temple of hate" goes into the same direction. A power metal track with some slower parts (which actually have similarities with the earlier Alan Parsons (after 1:45 min.)) Next to that the song is full of screaming guitar soli and in the end you find some Irish elements. The heaviest composition on "Sacrificium" is called "Betrayer". Pounding drums and a slow heavy riffs dominate this song. It spreads an dark and gloomy atmosphere and is really thrilling.

The production is powerful and balanced. The mix between vocals and instruments is as it should be, which leads to a warm and organic sound.

But I also have to say that I'm not the biggest fan of the operatic and dramatic female vocals. I prefer more the style of Sharon den Adel and Doro and I like the mix which Liv Kristine found with Leave's Eyes.

But however, the album is a good one and definitely to recommend to all fans of Nightwish and Tarja.