"Stare into infinity" is the second single from the coming Nightrage album called "The puritan". Death metal the Swedish way. Here you go... The Second single off the upcoming The Puritan album! Magnus Ewald - Director, photographer Mattias Björkbacka - Photographer Daniel Mohlén - Actor Check the links below to listen and to buy: ...

German A Life Divided posted a first video from a song taken from the upcoming album. "Inside me" is the name of the tune and the album got the titel "Human". A typical A Life Divided track with a catchy melody. Looking for some female rock'n'roll that kicks ass. Check out The Amorettes from Glasgow. Pure and raw music that rocks. 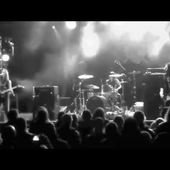 One of the coolest bands is close to release their new album. Mammoth Mammoth has recorded "Volume IV - Hammered again" that comes in Mrach. Here is already the first video for "lookin' down the barrel". Pure rock'n'roll of four crazy guys from Down Under - mean and dirty. Pre-order "Volume IV - Hammered Again" now at http://shop.napalmrecords.com/mammothmammoth Dirty Heavy Rock from Down Under! A naked, pot-smoking beauty on the cover and song titles like 'Hammered ...

Right in time for the tour start Moonspell posted a new video. "Extinct" is the name of the song that is the title track from the newest longplayer of the band from Southern Europe. Cool song. Status Quo will release a new CD/DVD/Blu-Ray in April. It is called "Aquostic! Live at the Roundhouse" and was taped in ... the Roundhouse in London. The recording was a joined effort of the BBC and earMUSIC and the release will contain 25 songs. The title already says that it was an acoustic set they iconic band played, supported by additional strings and background singers. Here is already a first teaser and the tracklist.

25. Burning Bridges (On And Off And On Again) Status Quo 'WHATEVER YOU WANT' from "Aquostic! Live At The Roundhouse" OUT APRIL 10th

Guitarist Mark Tremonti posted a first teaser from the upcoming Tremonti album. It's a snippet from a new song and it seems that the album will be called "Cauterize". The first impression of the posted snippet is very positve and it seems that we can expect a great album in May this year.

Tremonti's second album, Cauterize, out May 2015. Get more at http://www.fret12.com/mark-tremonti and http://www.marktremonti.com

Here comes a new track from Canadian thrashers Voivod. The songs called "We are connected " and will be released as split 7" together with At The Gates' "Language of the dead". The video you can check already. VOIVOD - We Are Connected

VOIVOD - We Are Connected. Taken off the upcoming VOIVOD / AT THE GATES 7" vinyl. Century Media Records, 2015.

Revolution Saints entered the German charts on #66. If you haven't heard about the band check out the video or the review on MHMB. Katatonia release in September 2013 the remak of "Dead end kings" that got the name "Dethroned & uncrowned". This album is an amazing journey through all kind of emotional aspects combined with silent, but intensive progressive sounds.

Katatonia has been also on tour for some shows (see the review from the P60 in Holland), which was an amazing moment and an initimate, almost fragile, evening.

Lucky enough the band recorded the show in the Union Chapel in London and they will release it as a DVD/Blu Ray/CDYou can expect 17 songs in a candle lit atmosphere that has a thrilling emotional impact.

"Sanctitude" will be the name and the release date of the masterpiece will be on April 3. Something to look forward to. Singer Scott Weiland, known from Velvet Revolver and Stone Temple Pilots, has a new album coming up soon. "Blaster" will be the name of the disc and the first song is posted as a video. Here comes the link: Here comes a first preview from the upcoming Moonspell album. Good stuff is on its way. Time for some kick-ass metal. Night Demon posted a video for "Full speed ahead". Cool stuff and worth to watch. And don't forget to check the album "Curse of the damned". From the album: "Curse Of The Damned" - Out Now! Check all tourdates under: www.nightdemon.net Lyric Video created by: www.hard-media.com

Here comes the newest video from the Black Star Riders - "The killer instinct". 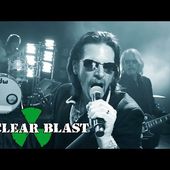