On February 27 Steven Wilson will release his new album "Hand.Cannot.Erase". The first video is now online. The track is called "Perfect life" and it a typical very shereful Steven Wilson song. But it's not only the music that is fascinating. It is also the video that was done by Youssef Nassar. 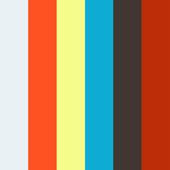 Michael Kiske and Amanda Somerville are a successful combination. They have proven this in the past and now a new longplayer is waiting to be released. The name will be "City of heroes" and a first trailer is now on YouTube. Sounds excellent. Release date will be mid April. Seems the become a great spring. Five years of waiting for KISKE / SOMERVILLE new masterpiece album "City of Heroes" to be released worldwide in April on Frontiers Frontiers Music Srl is excited to announce the release of the ... Bitch Queens from Basel, Switzerland posted a new song called "Gimme a kiss". It's a straightforward rocker that belongs to the better ones on the album. Check it out. Our friends from Mammoth Mammoth revealed a new song. "Life's a bitch' is a typical song from the Australian kick-ass band. Less than 3 minutes and straight to the point - that's what you get. Sounds cool, but sounds also a bit too much like the highlights from the last album. Guitarist Rick Springfield posted a new song on YouTube. It's an acoustic performance of "Jessie's girl" and is taken from the coming live album "Stripped down". Pure acoustic rock.

earMUSIC under exclusive license from Loud & Proud Records is proud to announce the release of Stripped Down, a new CD/DVD set from Grammy Award winning artist Rick Springfield on February 27, 2015

Rock dinosaur Toto released a new video. "Orphan" is from the upcoming album "XIV" which will be released end of March. Here comes the link:

Los Angeles, CA --- Frontiers Music Srl has announced a March 20 release date for Toto XIV in Europe, with The UK and Oceania on 3/23, and North America on March 24. The album will hit retail ...

Torche posted a new video for a song from the upcoming album "Restarter". The song is called "loose men', grooves like hell and will be on the new longplayer that will be released end of February via Relapse Records. Here you go: UFO released a teaser for their upcoming album "A conspirancy of stars". It sounds pretty good. Release date is end of February. UFO · "A Conspiracy Of Stars" Teaser

Halestorm worked on a new longplayer called "Into the wild life". The album will be released on April 3. Lzzy and band mates published with "Apocalyptic" already a first song from the album that can be listened to on YouTube. Check it out. Drum legend Ian Paice is releasing a spectecular live document on CD and DVD end of February this year. It contains the 2012 "Ian Paice's Sunflower Superjam - Live at the Royal Albert Hall". The event was meant to be a private charity show, organised by Paice and his wife.

End of February everybody has the chance to join in via the CD or the DVD. The concert features some of the best musicians in rock, like Bruce Dickinsin, Uli Jon Roth, Alice Cooper, Brian May plus some more. Here comes a short appetizer from this unique show... Hate has released an new video for the song "Leviathan". The six minutes long track comes from the "Crusade:Zero" album that will be release Friday this week. Check it out. Doom metal and Sweden, that's a combination that goe together very well. Now it's Metal Blade that signed one of those bands. Sorcerer from Stockholm will release their next album on the label.

The band isn't a newcomer. Founded in 1988 the five-piece released two demos before they disbanded in 1992. It took till 2010 to bring the guys together again. The played a few festivals like Hammer Of Doom in Germany and after a while they decided to write new songs.

Those will be on the upcoming album "In the shadow of the inverted cross" that will be published March, 20th.

Also check out the first video done for the title track. German thrashers Eradicator released a video to promote their new album "Slavery". The song is called "The state of atrocity" and is real thrash anthem. Swedish power metal band Lancer will release a new album in April. The record got the title "Second storm" and the first song is released as a video. "Masters and crowns" is a fast track that reminds to Helloween.

Here is also the tracklist of the upcoming album:

01. Running from the Tyrant

06. Children of the Storm