A guitar (Music Man LK100) of Toto six-stringer Steve Lukather is on ebay. 'Ein Herz fuer Kinder', 'Bild' (a German newspaper) and Frontiers Music initiated this e-auction. The proceeds will be for 'Ein Herz fuer Kinder' which is a German aid organisation that support kids and families that are in need for help. Seems to be a good charity initiative.

(8/10) I don't think that I have to introduce Toto to you. They are well known since many years and can look back on a successful career. My first touchpoint with the band was in 1982 when they released "Toto IV" - an album that had a chart entry in many countries and contained hit singles like "Africa" and "Rosanna". The new album "XIV" picks up these times and like keyboarder Steve Porcato said: "We are treating this like it is "Toto V", our following "Toto IV".

Now we are living in 2015 and it feels like yesterday that the mentioned hits accompanied me in my youth. However, the music of Toto is still around, which is something very good. It feels like a constant factor in fast changing times.

The backbone of Toto is guitarist Steve Lukather, keyboarder David Paich and keyboarder Steve Porcaro. All three had and have a main impact on the sound of the band and together with singer Bobby Kimball they are/have been the figureheads of the band. In this context I don't want to forget bass player Mike Porcaro who lost his fight against ALS a few days ago (R.I.P.). This is a sad moment for the family, band and the fans and it makes "XIV" to a kind og legancy for the great bass player and founding member.

A few years ago also a change behind the microphone took place. Kimball left Toto and was replaced by singer Joseph Williams who had in the meantime already some live appearences with the group, incl. the live album "35th anniversary tour - Live in Poland". But the new album is the first studio record with the new man behind the mic. How will it sound?

I have to say that the new disc became a good one. As mentioned, with naming it "XIV" the band also placed a crossink to the famous forth album. And it's more than only the title of the album that reminds to the milestone record of Toto.

The album starts very energetic. "Running out of time" has an excellent groove and the song creates a curiousity to hear more. "Burn" was one of the earlier released videos and it follows the rocking opener. The tune is kept more silent with piano before it turns into a hard rocking song halfway. "Holy war" is a typical Toto songs with all the trademarks of the band before "21st century blues" shows the bluesy side of Toto. I like this expression of Toto's sound and I was reminded a bit to the earlier Whitesnake songs from the '1987' period.

"Orphan" has a surprisingly positive expression before with "Unkown soldier" starts. It a more trivial track and I never really got into it. It's an OK song but the other ones on "XIV" are better.

The soulful "The little things" is another catchy tune before with "Chinatown" a swinging number follows that could have been almost coming from Chicago as well.

I have to say that the album gets more silent in the second half. "All the tears" belongs to those tracks and also the closer "Great expectations", in bigger parts, fits into this scheme. However, that last mentioned one shows quite some prog element and comes with a great guitar solo from Lukather. Prog rock per excellence.

One of the highlights on "XIV" is called "Fortune" - a song with a slightly different vocal line and excellent hooks. It's almost a bit jazzy.

Toto does what they can do best - writing really good songs with excellent arcs of melodies, rocking guitars and alot of thoughtfulness too. Fans of the band can go for the new album without hesitation. Good stuff and a brilliant translation for the 80's to the 21st century. Toto revealed the cover and the tracklist for their new album called "XIV". 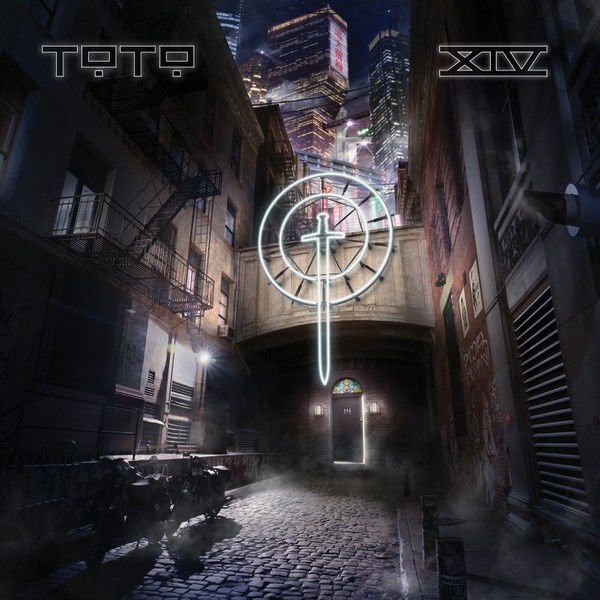 Legendary rock band Toto has worked hard on a new album. The title of the new longplayer is "XIV" and it will be released March 20 via Frontiers. Here comes already the second video for a song from the album. It's called "Holy war" and follows "Orphan" that has been released earlier in February.

Rock dinosaur Toto released a new video. "Orphan" is from the upcoming album "XIV" which will be released end of March. Here comes the link:

Los Angeles, CA --- Frontiers Music Srl has announced a March 20 release date for Toto XIV in Europe, with The UK and Oceania on 3/23, and North America on March 24. The album will hit retail ...

(7/10) A stupid cover fortunately says nothing about the music. I don't know under the influence of what stuff this cover was chosen, but I haven't seen much more weird one in the last years.

But OK. Let's have a look who is State Of Salazar. The band started in 2010 in Malmö, Sweden, founded by five students from local Achademy Of Music who decided to play rock music for the big arenas. That's a big ambition and I don't know if they will achieve it at all, but they did the first smaller steps.

Their first EP "Lost my way" was released in 2012 and the reactions have been OK. "All the way" is the first full-length album of the five friends and it contains twelve songs. Those are based on AOR and melodic rock. This is not a revelution of hardrock, but the tracks are well crafted and got a good production.

"All the way" sounds good and technically there is nothing to worry about. Songs like the more rocking "All the way", the rhythm based "Eat your heart out" and the obligatory ballad "Let me love" are good AOR tunes. The songs have great hooklines and big melodies. It shows that the guys know how to write commercial songs. For this aspect everything is OK.

What I miss is the authentic sound of State Of Salazar. They are sticking too much to their idols like Journey and Toto. A bit more of an own identy would have been great. As mentioned earlier - they want to play big arenas and that's how the the album sounds. It seems that "All the way" is made to be successful which means that too much planning led to a lack of heart and soul.

To sum up: A good album, a good production, too little own identity and a stupid cover. I focussed on the music already in the CD review. I have nothing more to add here.

But when it comes to the DVD I want to mention a few thing. First of all it is an even better experience than only listening to the songs. The CD is good, but if those great tunes are combined with the visual expression of the footage it becomes much more intense.

The different camera perspectives provide you a good overview on all parts of the stage parts and the light supports the gig in a perfect way. It's not overdone and it's accented right to the point.

The band seemed to enjoy the evening as well. Everybody acts with full passion and dedication. The audience also caught fire by this enthusiasm and enjoyed obviously every moment of the show.

As on the CD the sound is perfect, while still being authentic. Maybe there have been some small adjustments done afterwards, but this doesn't matter.

The bonus material on the DVD are some sequences from backstage. Actually it is a lots of interviews with different band members - also reflecting on the history of the band. A good and interesting thing since it was the 35 years anniversary tour. The bonus has also some soundcheck moments and some fans have also the chance to say a few words.

If your question is CD or DVD, than go for the DVD. It's perefct Saturday night entertainment of one of the biggest rock bands. (8/10) Seven years after Toto released their last live output the band decided for getting an new live album out into the shops. The motive was the 35th anniversary of the rock legend - a great ...

(8/10) Seven years after Toto released their last live output the band decided for getting an new live album out into the shops. The motive was the 35th anniversary of the rock legend - a great occasion.

The show, which was recorded, took place in Lodz, Poland and was part of the world tour of the band. I don't think that I have to write about the quality of the songs. They are just outstanding. The mixture out of melody, awesome hooklines and the rocking guitar of Steve Lukater are beyond doubt. Hymns like "St. George and the dragon" and "White sister" are songs which are timeless. Next to those tunes the band played of course the hits as well. "Rosanna" found already an early spot in the setlist, while "Africa" and "Hold the line" are highlights in the final part of the concert. This shows already that the setlist covers all periods of the band - from the early days till the last album "Falling in between" from 2006.

The sound of the album reflects the live atmosphere. It is maybe a bit too perfect and I guess that some smaller correction have been done, but this doesn't matter. The sound is warm and powerful, which fits perfect to the songs. and the vibe of the show.

A great album for fans of the band, but also for newcomers. If you want a representative sample of Toto's music this album is exactly what you need. I focussed on the music already in the CD review. I have nothing more to add here. But when it comes to the DVD I want to mention a few thing. First of all it is an even better experience than only