The Gebr. De Nobel in Leiden is a venue in Holland which I haven’t visited before. It opened in 2014 and is build into an old factory. The entire location was reconstructed and became a very good concert location that can host shows up to 750 visitors.

This night the entire capacity wasn’t used. My guess is that it has been between 200 and 250 fans of Swedish Hardcore Superstar that wanted to see the show. But before the established four-piece entered the stage it was time for two support bands to warm up the crowd.

The start was done by German Double Crush Syndrome. In case you haven’t heard about them before, it’s the new band from Ruhrpott icon Andy Brings. ‘New’ is maybe not the best expression since he started the band already in 2013. It was the first time that the guys have performed in Holland and even though they had the burden to be the first ones being on stage the band did a great job. Highly energetic stage acting, rock songs with a kick-ass attitude and crunchy guitars have characterized the gig that ended in a raw version of Motörhead’s “Ace of spades”. It was fun to see them on stage and let’s hope to see them back.

After a short break it was time for the second act. Nitrodive from Sweden entered the stage and played their mix of alternative- and punk rock. Basically there was nothing wrong with their first show in The Netherlands. They tried to spread quite some energy, have been very enthusiastic and they also have a drummer with quite some entertainer qualities. Also adding two Ramones songs to the setlist was something that was well appreciated. Nitrodive are a young band and they are playing with passion. What I missed is a bit more of their own identity. That would have turned a solid set into an unforgettable one. Time for the headliner, time for Hardcore Superstar. Actually the break was with 40 minutes a pretty long one. Especially considering the fact that the stage was prepared after 20 minutes. However, lights out and time for rock’n’roll. The intro “Fox on the run” started, followed by the four guys entering the stage with the first notes of “We don’t celebrate Sundays”. Jocke was all over the place, jumping up and down, running from left to right; encouraged by the powerful rhythm section and the sleazy guitars by Vic Zino.

The fans appreciated the show from the very first moment one and there was immediately another mood that filled the venue. Since Hardcore Superstar have a new album in the pipeline (called "HCSS" that will be released in April) the four-piece also used the opportunity to play some new stuff. Songs like “The cemetery” and “Don’t mean shit” went perfectly together with the older tunes such as “Wild boys” and “Dreamin’ in a casket”. “Touch the sky” is another new song and was dedicated to A.J. Pero from Twisted Sister who died a few days ago. It’s a cool song with a great punch and based on the drums a well chosen one for this purpose.

Than it was time for the band’s anthem “Last call for alcohol” where the stage got pretty much filled up with fans. Invited by Jocke some girls entered scene followed by some guys as well. This gave the song an atmosphere that reminded to a big party. That’s rock.

All in all it was a cool and authentic sleaze rock evening hosted by a great venue. And for the next time I would like to say it with Jocke’s words: "Next time each of you will bring a friend to the show”. 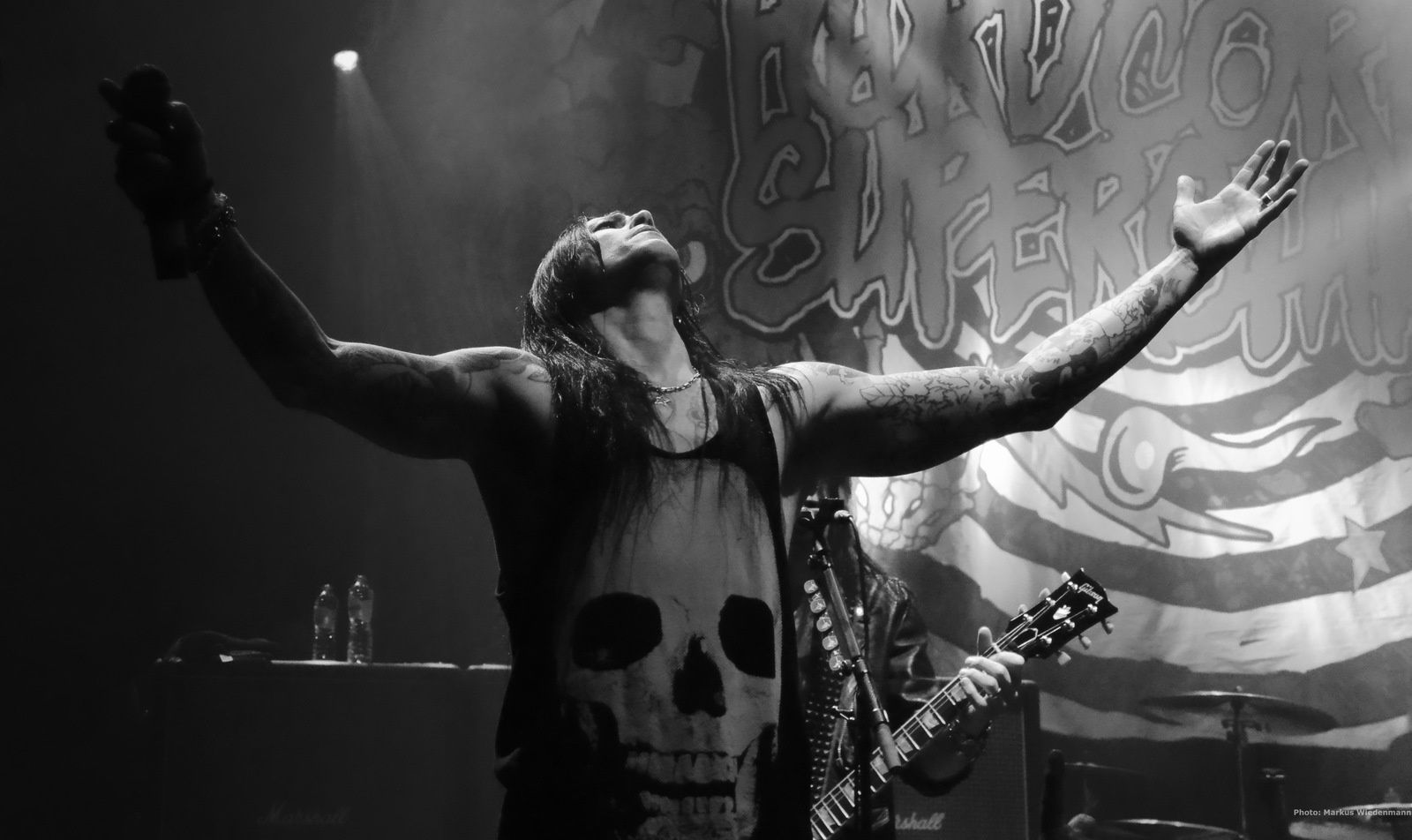 (6/10) Hmmm. What to say about this album? NitroDive are a hardrock band from Gothenburg, Sweden. On their Facebook side they describe their music as mix of alternative rock and punk rock.

And there is definitly a fresh breeze of punk rock in their music. But by reading this you should think about bands like The Offspring and less about The Clash or The Ramones. The second component of their sound is a strong hardrock influence from the 80's. The result rocks pretty well. NitroDive has a great feeling for melodies and hooks. Their songs are full of them. There are energetic tracks like "Someday" that is e.g. a straight-forward rocker which is pretty fast too.

What I miss with album are the edges. The whole thing sounds good, but actually it is too good and too perfect. It feels polished and that makes it sound mainstream. The songs miss the dirt of rock'n'roll and punk. There could be a bit more of individuality that could lead to a higher recognition value. With music like this the band takes the raisk of slowly disaappearing in the big mass of similar bands - which I think would be a pity since the have some potential.

"Re-Evolution" could be the soundtrack for the next spring break party. Melodic college punk'n'roll that isn't rocket science, but still, or exactly for this reason, can reach a broader fanbase. Let's see where the development will go to. 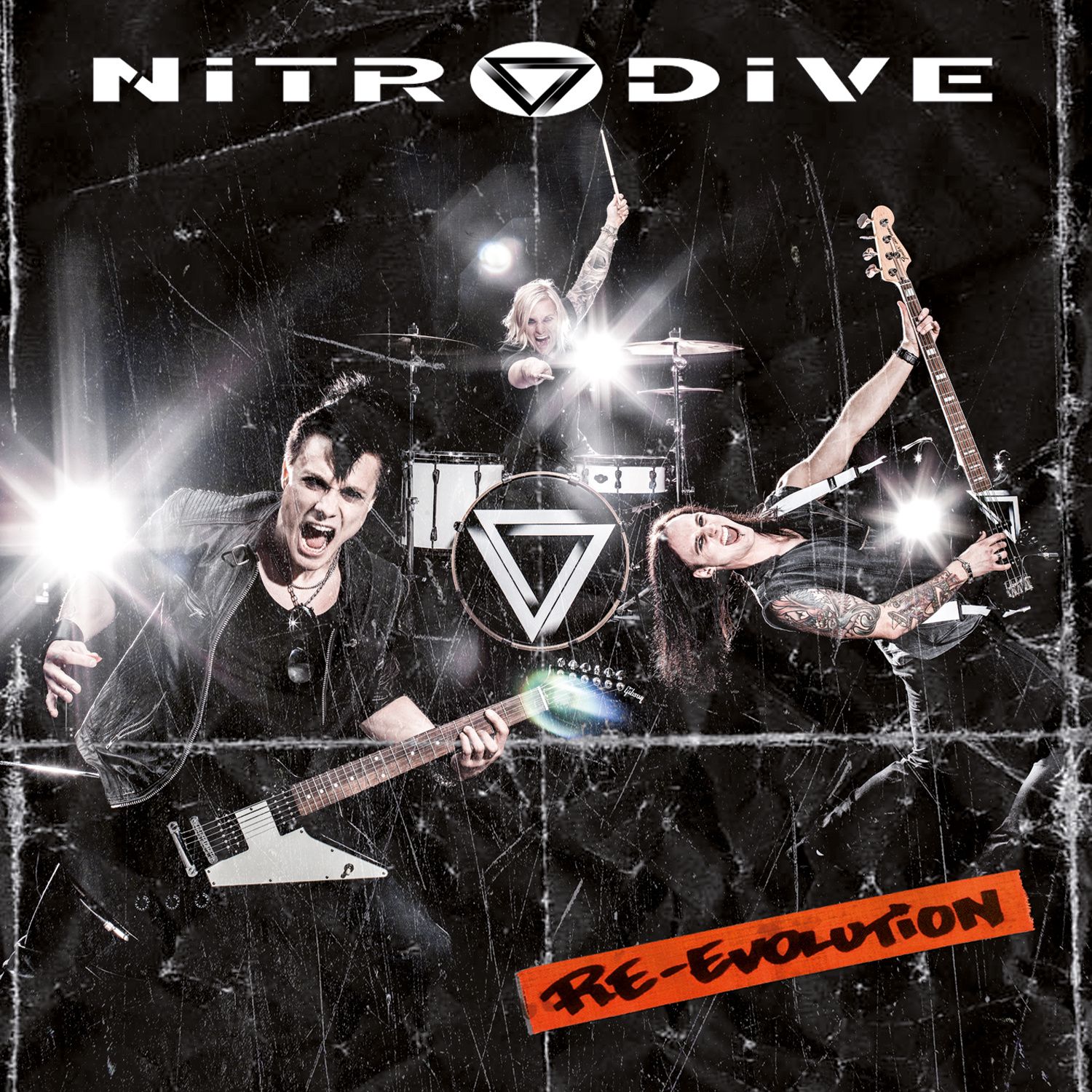