(9/10) There are records that are good and there are longplayers that stands out from the masses. "Ungod" from Morgoth is one of those discs.

When death metal arose in the 90's and bands like Obituary and Cannibal Corpse gained more and more attention it has been some guys from Meschede, Germany that became the spearhead of German death metal. This powerhouse was called Morgoth and the band released brilliant records like "Cursed" and "Odium".

It was in 1997 when the band disbanded after having released their "Feel sorry for the fanatic" album. It took till 2011 when first signs of life appeared again. Morgoth came back step by step after 15 years of silence by performing on some festivals.

Things developed futher which led to the writing of new songs and producing a new album. Beside this, one important thing happened along the way. Morgoth and chief growler Marc Grewe decided to part ways. Now, changing a singer/growler is a big risk for a band. Fortunatelly I must say that the rest of Morgoth teamed-up with Karsten 'Jagger' Jäger who is in business since decades and had excellent releases with Disbelief.

So, new album, new singer - restart. "Ungod" is the name of the new disc and I was impressed by what I heard. The first things that strikes attention is the brutal sound of the album. "Ungod" got a very tight and dense sound that was done by Jörn Michutta and Matthias Klinkmann at Sound Division Studio. Combined with eleven awesome death metal anthems "Ungod" became a true death metal highlight.

From the first note on the album raises hell. "House of blood" is two and a half minutes long groove monster, while "Voice of slumber" has a snappy beat with a certain Bolt Trower touch. The merciless "Snakestate" rounds of a triple that makes very clear that this album is brutal and passionated.

The mighty title track is enthroned in the middle of the album. The tune starts with a slow but heavy riff before it turns into a faster oldschool anthem that is thrilling. What is very unusual is the fact that the title track is an instrumental by still being a roaring success.

Also to mention is the first single release from the album called "God is evil". Nomen et omen goe for this mean oldschool smasher. The track is evil and the monsterous riff makes "God is evil" special.

The positive impression of the album is rounded off by a well-done cover that fits to the music. A good choice too.

"Ungod" is combining the early Morgoth and a modern sound that makes the album to a milestone in death metal. This band plays Champions League. Thums up or better said: Horns up. 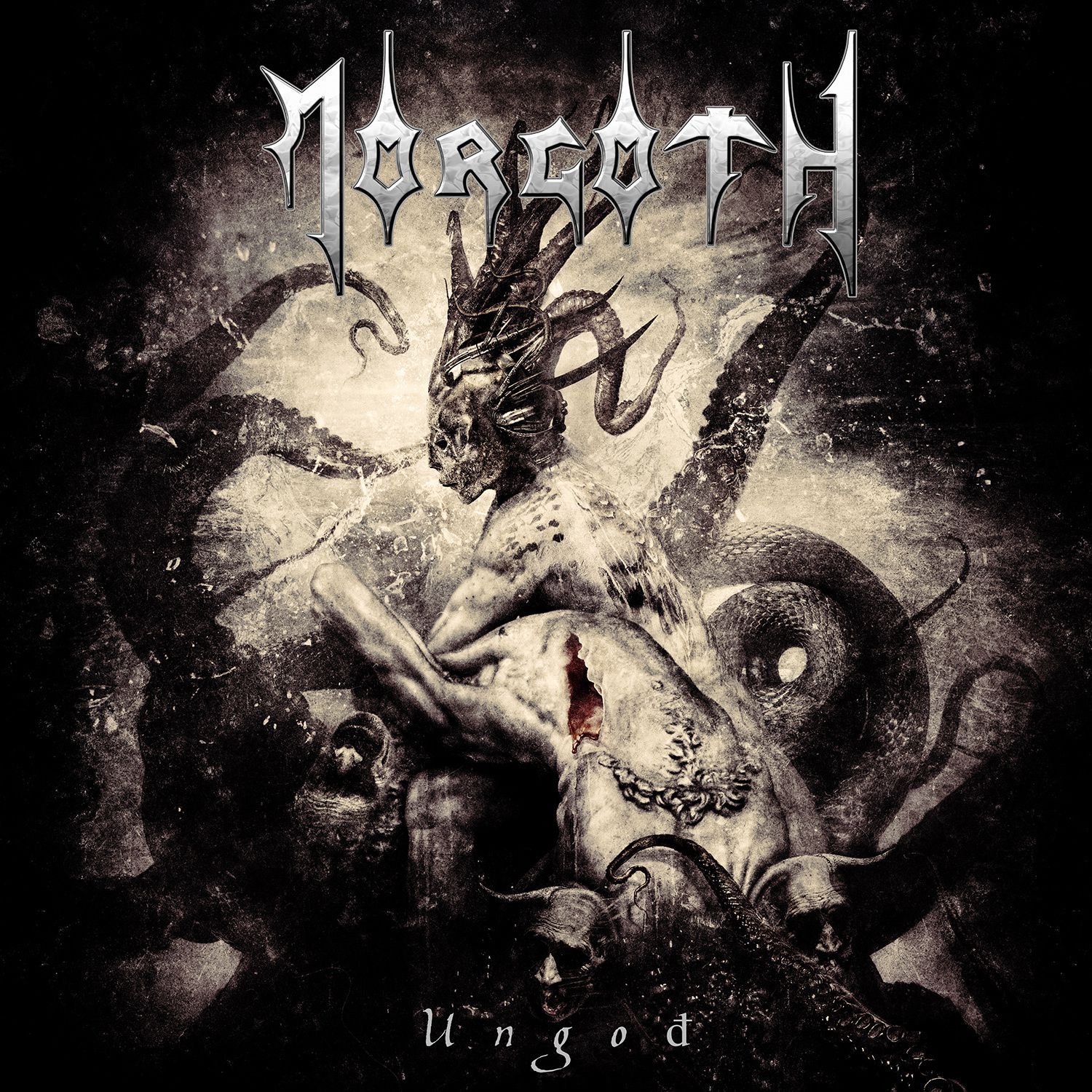 A few days ago I published the review for the new 7" from German death metal legend Morgoth. Here comes the video to "God is evil". (8/10) Morgoth was Germans No.1 death metal band. In the beginning of the 90's the band could stand against the the upcoming grunge trend and released real killers records like &Cursed& and &Odium&

(8/10) Morgoth was Germans No.1 death metal band. In the beginning of the 90's the band could stand against the the upcoming grunge trend and released real killers records like "Cursed" and "Odium". But the band disbanded in 1998 and it took till 2011 that Morgoth reunited. The main reason was the 20st anniversary of the "Cursed". The Germans played several festivals.

In the meantime another three years went by and Morgoth released a 7" with two brand new songs. The name of the single is "God is evil". Both songs, the title track and also "Die as deceiver" are aggressive death metal monsters. The 7" is a perfect comeback signal from one of the most important European death metal bands.

"God is evil" is quite fast with impressive leads. What I like most is the heavy grooving slow part halfway of the track. This is a very excellent break and gives the song something special. "Die as deceiver" isn't a whit worse than "God is evil". It easily keeps the high level, eventhough it is maybe a bit less complex. What fits both tunes very well is the thrash influences that are part of both songs. Slayer shines through here and there, which isn't something bad at all.

I like both tracks from this 7" and I hope for a new record pretty soon. German death metal veterans Morgoth released a teaser of their first 7& since ages. The song is called &God is evil& and is a great track. The songs sounds surprisingly thrashy. MORGOTH „God Is ...

German death metal veterans Morgoth released a teaser of their first 7" since ages. The song is called "God is evil" and is a great track. The songs sounds surprisingly thrashy. Bolt Thrower is on tour with some great support bands. The british death metal legend will be accompanied by German death metal icons Morgoth plus Soulburn / Incantation / Vallenfyre (depending on the leg of the tour). Sounds like pure power.