(8/10) A new book always start with chapter one. Therefore the name that Level 10 has chosen for the debut fits really well. But who are the guys that have written the first chapter?

The main men behind the band are singer Russell Allen and Mat Sinner (b). Both met a couple of times and always had the intention to do some music together. In the end it took some time and when Frontiers Records president Serafino Perugino re-connected both again things started to get real. The idea was to combine the modern sound of Adrenaline Mob and the more judas Priest-based metal from Primal Fear.

So far so good. Since Allen as well as Sinner have been convinced about the idea a band needed to be formed. Mat Sinner managed to bring a few more great musicians into the group. Alex Beyrodt (g) is together with Roland Grapow responsible for the guitars, while Randy Black from Primal Fear is playing the drums. Alessandro Del Vecchio on keyboards completes the line-up. If you want so you could name it a super group. However, it's a bunch of passionated musicians on a mission.

The recording took quite some time since the involved guys had of course some other duties too. But now the debut of Level 10 is ready and waiting to be released. End of January (23rd) is the moment when the longplayer will be available and it was worth waiting.

"Chapter one" contains twelve sub-chapters - songs. I personally could identify more Primal Fear and Voodoo Circle and less Adrenaline Mob. The record has some really heavy tunes like the might "Blasphemy" with an giant riff. Also with "Demonized" you get some real heavy stuff served.

But there are also the more hardrocking moments with a touch of blues. The melodic rocker "One way street" is one of those. The ballad "All hope is gone" is another song from this category while the opener is somewhere between Whitesnake and Thin Lizzy.

Level 10 has produced a great album that is diverting and fun to listen to. And since they called the album "Chapter 1" I hope that the story continues with a few more chapters. It would be great to hear more from the band. 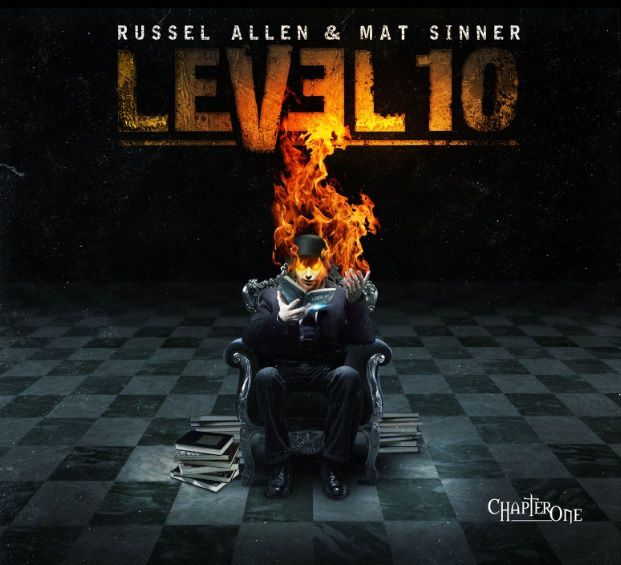