On Friday this week the new album from Kiske/Somerville will see the light of day. The right moment to contact singer Michael Kiske for getting some more insights about the record.

I got a pretty relaxed Michael Kiske on the phone, being at home in the beautiful city of Hamburg.  Enjoy reading what Michael had to say about the new Kiske/Somerville album, about Unisonic and life in general.

Markus’ Heavy Music Blog: Hej Michael, great to have you on the phone. How are you?

Michael Kiske: Thanks. Everything is OK over here in beautiful Hamburg.

MHMB: Let’s talk about the new Kiske/Somerville album. It’s the second album and it will be released five years after the debut. How easy was it to get into the Kiske/Somerville mode again?

MK: It was actually very easy. Kiske/Somerville is a project and from this point of view not to compare with working together in a band like we do it with Unisonic. It’s traditional project work.

MHMB: How was the songwriting? I heard that Mat Sinner and Magnus Karlsson have written most of the tracks.

MK: Yes. That’s right. It was Mat (Sinner) and Magnus (Karlsson) who wrote the songs and I got the material at a certain stage. And since the guys know me quite well they also know what kind of songs I can do best and where I would have more a kind of an issue.

Also Amanda (Somerville) composed a few songs and one made it on the album. I think it’s a very nice one. “Breaking Neptune” is from her and her husband Sander Gommans.

Not being part of the songwriting means that it’s for me quite easy to contribute with my vocal part during the recording. I get the songs with some guiding vocals and mostly Amanda is on there already too. This is where my part starts. I try to get into the songs and contribute with my vocal parts. I’m doing it here at my place, which gives me a quite relaxed atmosphere. And it’s not only that I have this way of working for Kiske/Somerville. Also the vocals for the Unisonic songs have been recorded in a similar way, even though I was for those ones part of the songwriting process. 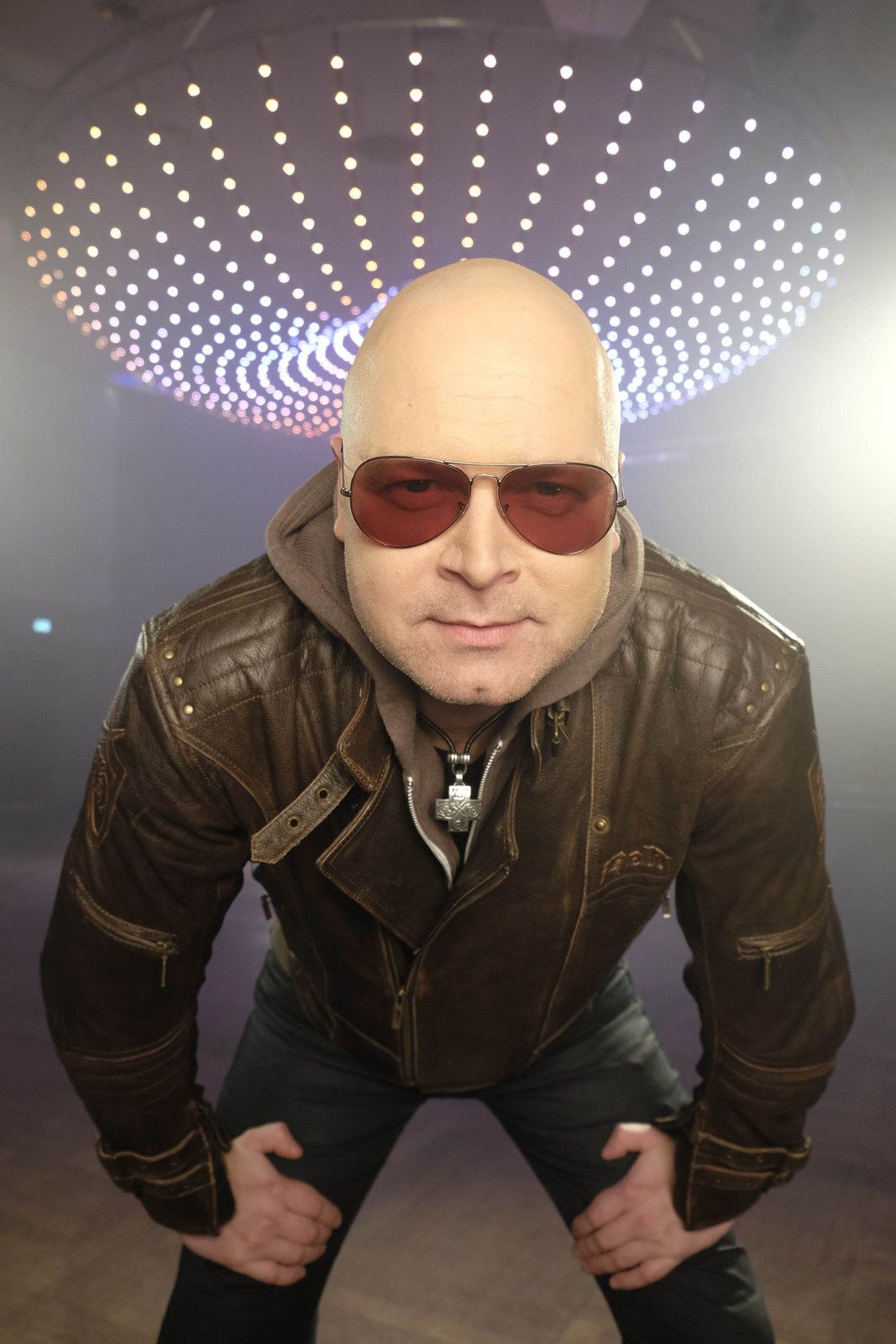 MHMB: How would you describe the new album? I would say it has a more powerful expression compared to the debut.

MK: That could be. I don’t have the debut that much present at the moment since I seldom listen to albums where I’m on. This goes for Kiske/Somerville as well as for Unisonic - with the small difference that we play the Unisonic stuff of course very often live. What is the important thing for me with “City of heroes” are good songs with interesting melodies. The melody is the most crucial element. You can interpret it in your own way and you can produce it in your own way. You can do a lot with a good song. Just take “Yesterday” from the Beatles as an example. You could create a speed metal song out of it as well as a punk song or a musical version. Therefore the melody is the important component. If the final production is a bit harder or softer isn’t that remarkable for me.

MHMB: The cover reflects the bright side and the darkness. The songs reflect this as well. Is this a kind of red threat throughout “City of heroes”?

MK: Yes, that’s life. Those two sides are definitely important. If you have busy times in your job you also need some time to come down again. When you face excitement you also need silence and when you are awake for a longer time you need to sleep. Always being in tension doesn’t help. You can compare it with a bow. If you keep the bow always on in tension it will not work anymore after a while. I wouldn’t go that far to say that if you’re good you need to be bad too, but as humans we have both inside of us. It is a very exciting topic I could talk for hours about, since the middle of both is ‘fortune’ in the end. I think that in this sense humans are all the same. And therefore the topic is always present.

MHMB: Coming back to album. I think that you and Amanda’s voice are a very good match. How do you see this and is it something that is important for you?

MK: I can’t imagine that there are voices that don’t fit together. The challenge is when you’re singing with one voice, will say, singing the same in the same pitch. That can become an issue for almost all singers. It’s also a constant challenge for Amanda and me. But as soon as you’re singing with two voices it’s not an issue anymore. It actually adds a lot of vitality to a song. I have a good example here fore. Cara Dillon is an Irish folk singer with a soft voice that has a lot of depth. She did a duet together with a guy called John Smith, who has a very rough voice. It’s those extremes, which makes the duet to something very nice.

MHMB: Michael, you have quite some project and bands at the moment. Place Vendome, Kiske/Somerville and Unisonic. Is Unisonic is the one out of those three, which gets most of your attention at the moment?

MK: Yes, Unisonic is the only real band for me at the moment where I’m a part of. The others are projects. I honestly was thinking if I should stop slowly with those projects so that Unisonic can get more attention, esp. since timing becomes more and more difficult. Also thinking about playing live with 3-4 different bands demands quite some time. This means quite a lot when it comes to getting all this organized. Playing live with Unisonic and doing some ‘Classic meets rock’ shows plus a few Avantasia concerts is enough for me. On the other hand I know that there are a lot of fans out there who appreciate the projects very much and I’m very aware that it would be a very regrettable situation for them. And I also like Amanda and the guys from Kiske/Somerville. So let’s see what the future will bring.

MHMB: Michael, that actually a good statement in the end. I’m looking forward to hear and see more from you in the future.

MK: Thanks for having me. 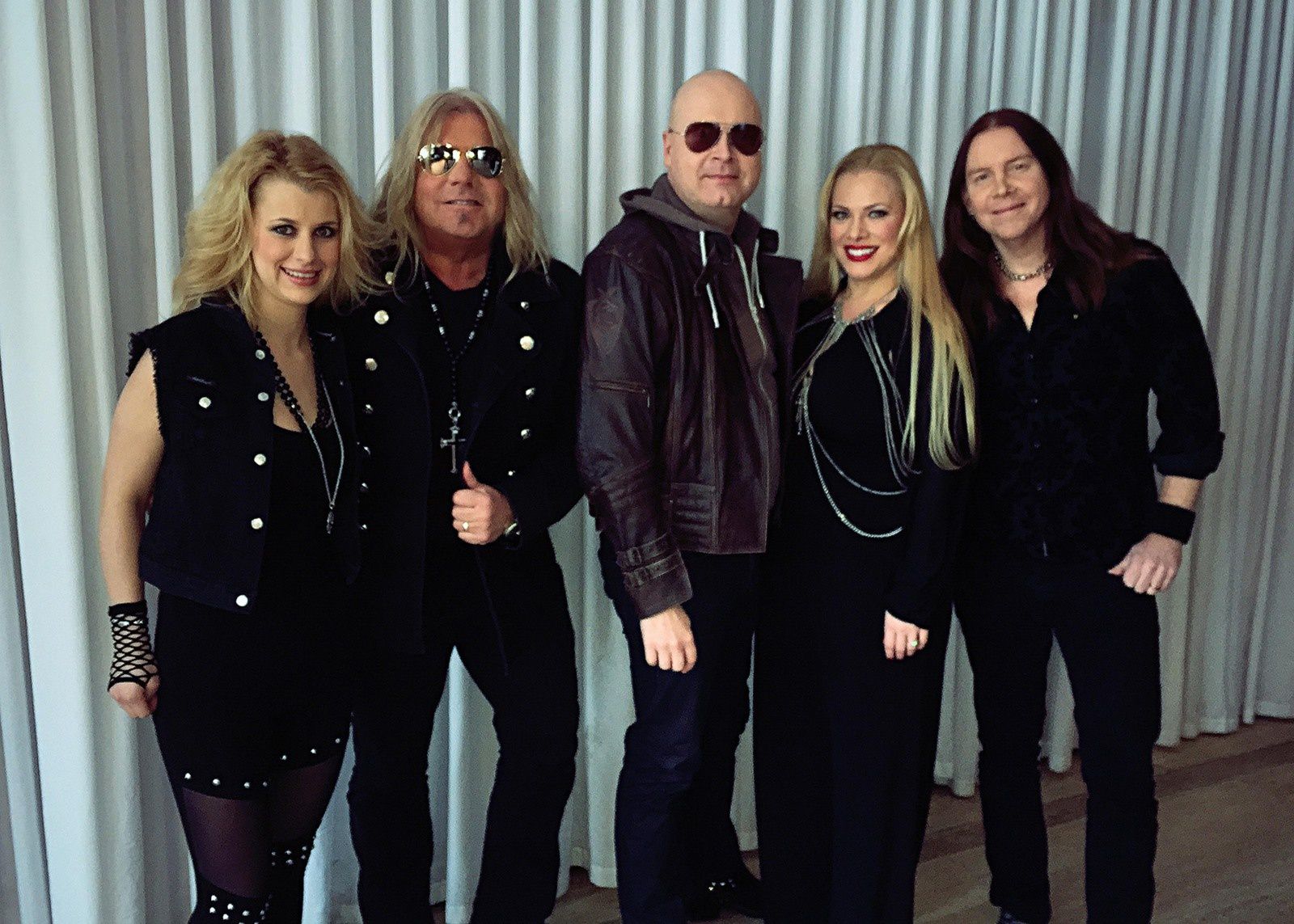 (8/10) Even though the project is called Kiske/Somerville it is Mat Sinner who is the creative head behind this collaboration. Together with Magnus Karlsson Sinner signed to be responsible for the songwriting, with one exeption. "Breaking Nepthune" was written by former After Forever member Sander Gommans and Amanda Somerville herself.  This makes the melodic number also a bit different from the rest and sounds from the guitars like the latest releases from Within Temptation.

The album starts with "City of heroes" - a tune that belongs to the harder ones on the album. It has a good groove and the interaction between Kiske and Somerville works perfect. It shows, that they have had already more projects together, like on the debut but also with Avantasia. They belong without any doubt to the best singers in German metal and this is what they clearly underline on "City of heroes" - the song and the album.

"Walk on water" starts mystic before the catchy chorus invites for a sing-a-long. With "Rising up" the album contains another harder track that comes with a great hookline.

A number that stands out is the ballad "Ocean of tears". The tune is full of sadness but also transfers some hope. The way how Kiske and Somerville interpret this track is just magic. You can feel the emotions which they put into the track. Another moment to explore how good those two voices fit together.

Next to those quiet moments there is some faster stuff on "City of heroes" too. "Open your eyes" and "Run with a dream" belong to this category. The last mentioned one comes also with a heavy riff that gives the song a good dynamic.

To conclude: "City of heroes" belongs to the better projects initiated by Frontiers Records. Not for nothing this longplayer is already the second one. It is a pleasure to listen to Kiske/Somerville and Mat Sinner is in the meantime also a surety when it comes to music. He stands for quality and I wonder how the jack in all trades can handle all the projects and bands he is involved in. However, fans of the involved musicians and supporters of melodic metal will love this album and can easily go for it.