(7/10) Helstar isn't one of these bands that releases records on a very regular base. Sometimes it took the guys 1-2 years while the gap between "Glory of Chaos" and "The Wicked Nest" was four years. However, Helstar is back these days with a brand new longplayer called "Vampiro" and I guess the title rings a bell. 27 years after having had released their fantastic "Nosferatu" album, a milestone in power metal, James Rivera, Larry Barragan and Co. worked again with tales about Dracula and vampires.

On the one hand it's a great sign that the guys are looking back to their roots in the nineties while on the other hand there is a risk that they can't live up to the high-level quality fourth album.

Now, after having listened to the new album several times, I can state that both is correct. "Vampiro" is a well-done power metal record that features eleven new tracks, providing fans with almost an hour of US metal. However, there is the 'but', that the new album can't reach the quality level of "Nosferatu".

Let's keep this comparison out of the picture and put the focus on "Vampiro". First thing that stands out is the length of the songs. A lot of them is five minutes and more and this is a bit of a downer. I have the feeling that each of these tracks could have made a stronger impact if they would have been more spot on. The other thing is, that if you've heard the first half of the album you can predict what to expect on the second leg of your "Vampiro" journey. This is a bit of a pity, knowing about the musical capabilities of the band members. Rivera proves again that he's a real metal siren, covering a wide vocal range. Especially the high-pitches are as good as we're used to. Larry Barragan and Andrew Atwood are doing an excellent job and the twin guitars are enriching the album a lot, while the rhythm section with Smith and Lewis is pushing hard.

Anyhow, highlights are the opener "Into the Darkness" with a longer instrumental introduction followed by Helstar-typical vocallines. It takes a while to get into the song, but it belongs to the ones that's gaining over time. The real highlight is positioned in the middle of the tracklist and is called "From the Pulpit to the Pit". It contains all a good Helstar song demands: furious guitars, a heavy thundering rhythm section and raging level of energy.

A song you should also listen to is "Black Cathedral" which belongs with its dynamic and density to the winners on "Vampiro". After this metal strom the final track "Dreamless Sleep" feels more like an acoustic outro .

Fans of Helstar will dig this record but I wonder if the guys can get new fans on their side. "Vampiro" became a robust power metal record with some progressive sideglances and a lot of newcomer bands would be happy having an album like this in their discography. Good stuff with some potential. 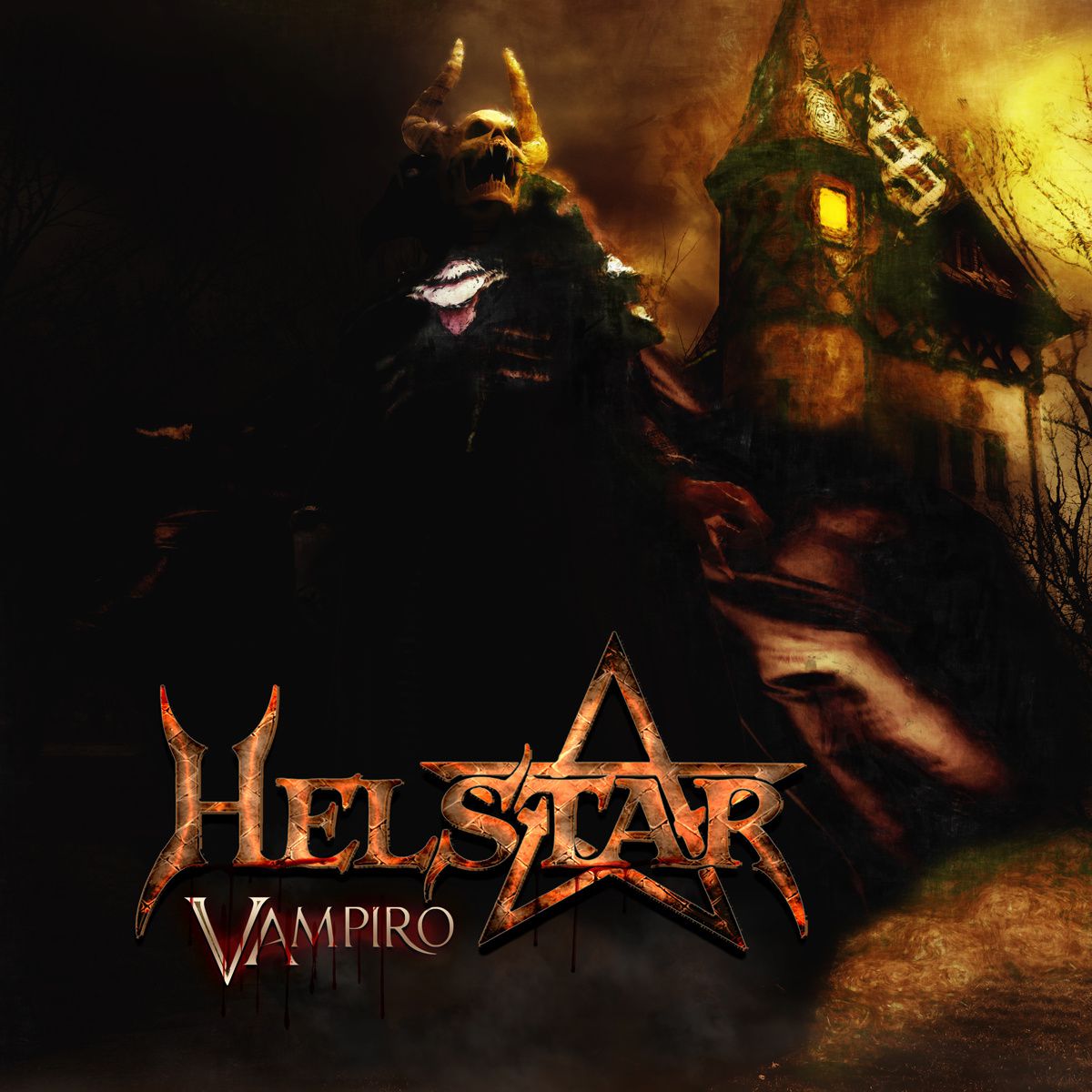 It was a rainy and stormy night in May when Helstar from Texas stopped for a show in Rotterdam. It was the first show of the small tour. Eight more gigs, which will bring Helstar to Germany, Switzerland, Austria, Spain,..., will follow.

According to James Rivera's  speeches between some song, the band had some problems with the flights. It seems that there have been some delays which caused some timing trouble. But the made it and Helstar entered the stage as planned at 21:15.

What happened in the next almost two hours was a firework of power metal anthems. The five guys didn't gave any signal of jetlag or being tierd. Not at all. Helstar was present from the very first moment on and it looked like, that the show and the fans acted as an additional adrenaline shot for them. James voice was in great shape and his performance made clear why he is still one of the best singers in power metal. Next to that it was the screaming guitars from Larry Barragan and Robert Trevino which have been amazing. However, the entire band played together pretty tight. The stood on stage as one unit and they rock.

Remarkable was the really good sound from the beginning on. This is even more special keeping in mind that it was the first show and that the Baroeg is a pretty small venue.

The setlist couldn't have been chosen better. Helstar played of course new songs, since they have their new labum out and want to promote it. In total five new tracks have been played which included my fave "Cursed" - a slow and doomy track build on a heavy riff. Next to the new stuff the five guys went also back in time. Seldom live perfomed songs from 1984 debut of the band have been part of the Rotterdam show. It was towards the end of the gig when six songs from "Burning star" made the audience go wild. Those tunes are still fascinating and haven't lost any power over the last 30 years of Helstar. So, focus on new and old. The rest of the show was a journey though Helstar's discography and was a 'best of' which included all the highlights of the guys from Texas.

Next to the quality of the songs, the fans got also quantity. In the meanwhile a lot of bands don't play longer than 70-80 minutes. Not Helstar. You hardly couldn't get them off the stage. But after almost two hours "Run with the pack" closed a real cool show.

It was a fantastic evening in the Baroeg and a must for each metalhead out there. Everybody who has been there left the show exhausted, but happy. Outside it was still raining and stormy, but who cares about that after such a metal tornado from Texas? 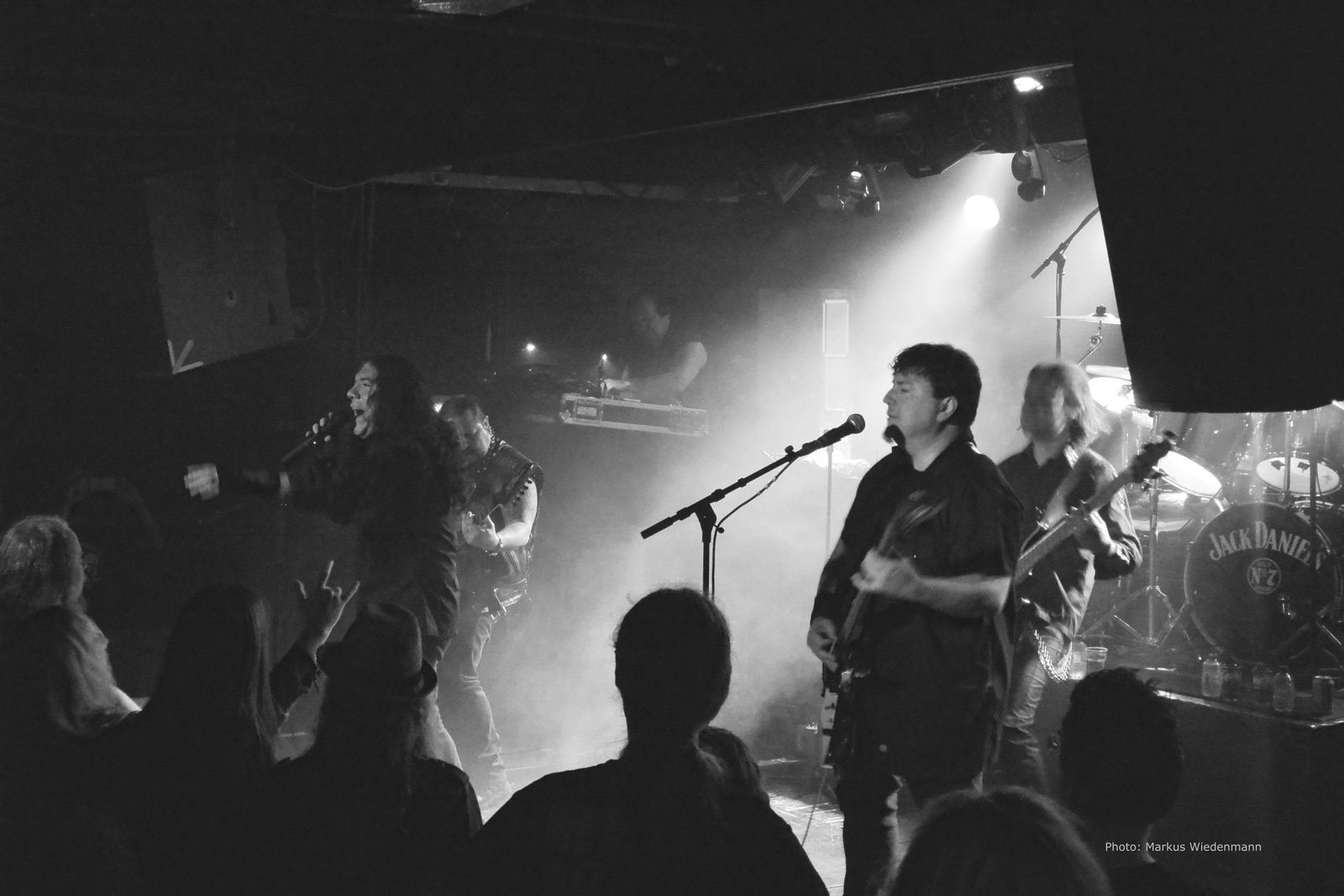 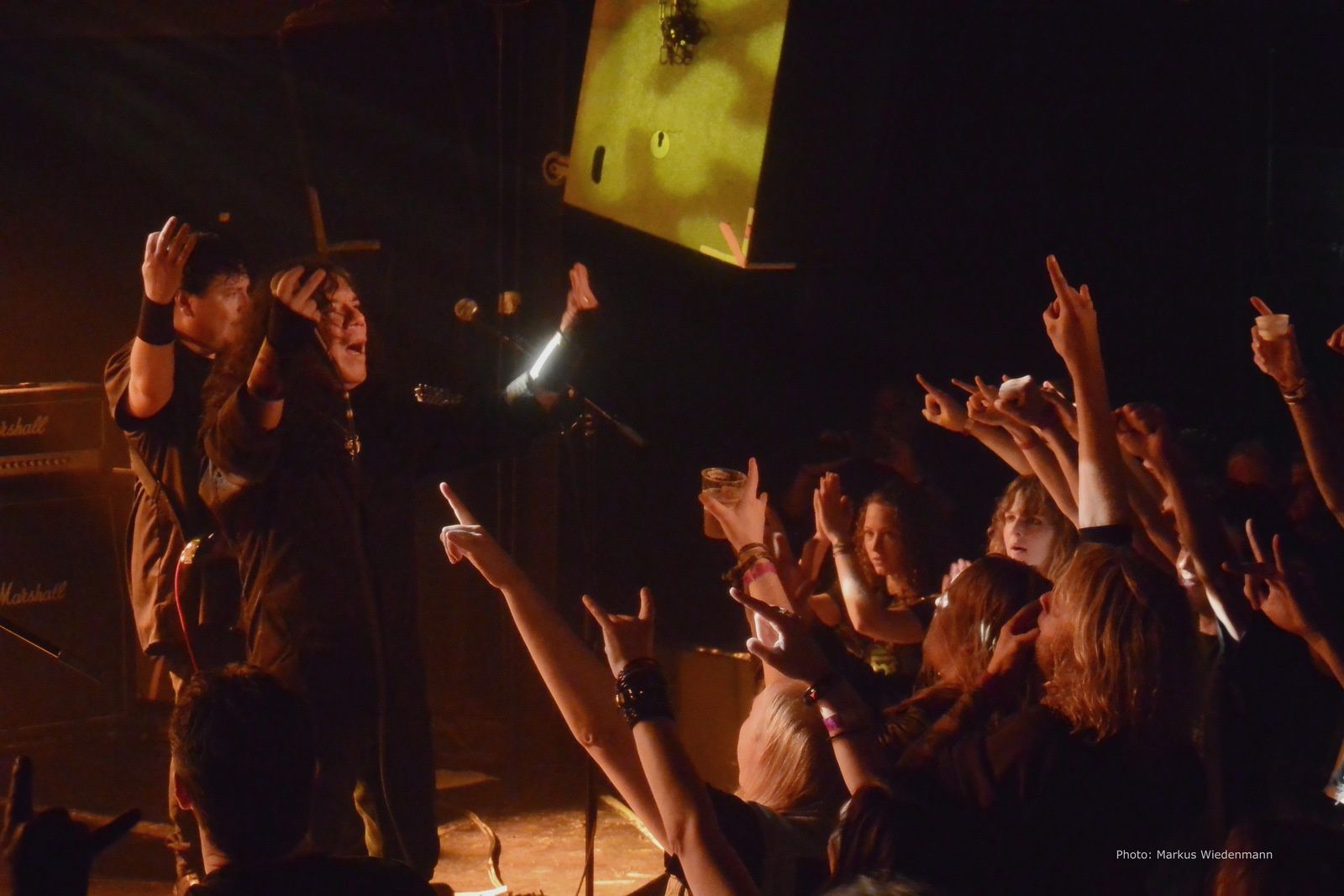 (8/10) It was the year 1982 in Houston, Texas when Helstar was founded. Power metal is what they wanted to play. And they did it and still do it. Records like &A distant thunder& and &Nosferatu& are

(8/10) It was the year 1982 in Houston, Texas when Helstar was founded. Power metal is what they wanted to play. And they did it and still do it. Records like "A distant thunder" and "Nosferatu" are still highlights in my vinyl collection. Sad enough that the band never got the attention which they actually deserved.

Four years after releasing "Glory of chaos" the guys from Texas bring out their new album "The wicked nest". Whilst the predecessor was with its thrash elements the hardest album the band ever produced, the new disc is more intricate. Not that we are talking about prog metal. That's not the case. It is still US metal which comes out of the speakers. I just had the feeling that it became more complex and reminded me to Sanctuary.

A constant factor in the band is James Rivera. His voice fits perfect to the US metal of the band and with songs like "This wicked nest" he has the chance the show the full range of his vocals. When it comes to the songs I have to say that I'm more convinced by the tunes of the second half of the album. There are real highlights like the almost doomy "Cursed". For me one of the best songs on the album. The same goes for the closer "Magormissabib" which is a real fast anthem and a headbanger per excellence. Heavy guitars and Rivera's screams make this song standing out. The same goes for the ultra-fast "Defy the swarm". This is almost speed metal and sounds a bit like the older Agent Steel in some parts. Really cool. I just wonder why not some of those songs found a higher position in the tracklist.

The only bad thing with this record is actually the cover. This piece of music would have deserved a much better illustration and I just wonder who approved this choice.

"The wicked nest" is an album which will be liked by all fans of US metal and power metal. I think that it doesn't reach the outstanding level of the older band classics and also "Glory of chaos", but it became a solid piece of music which is a real headbanger.