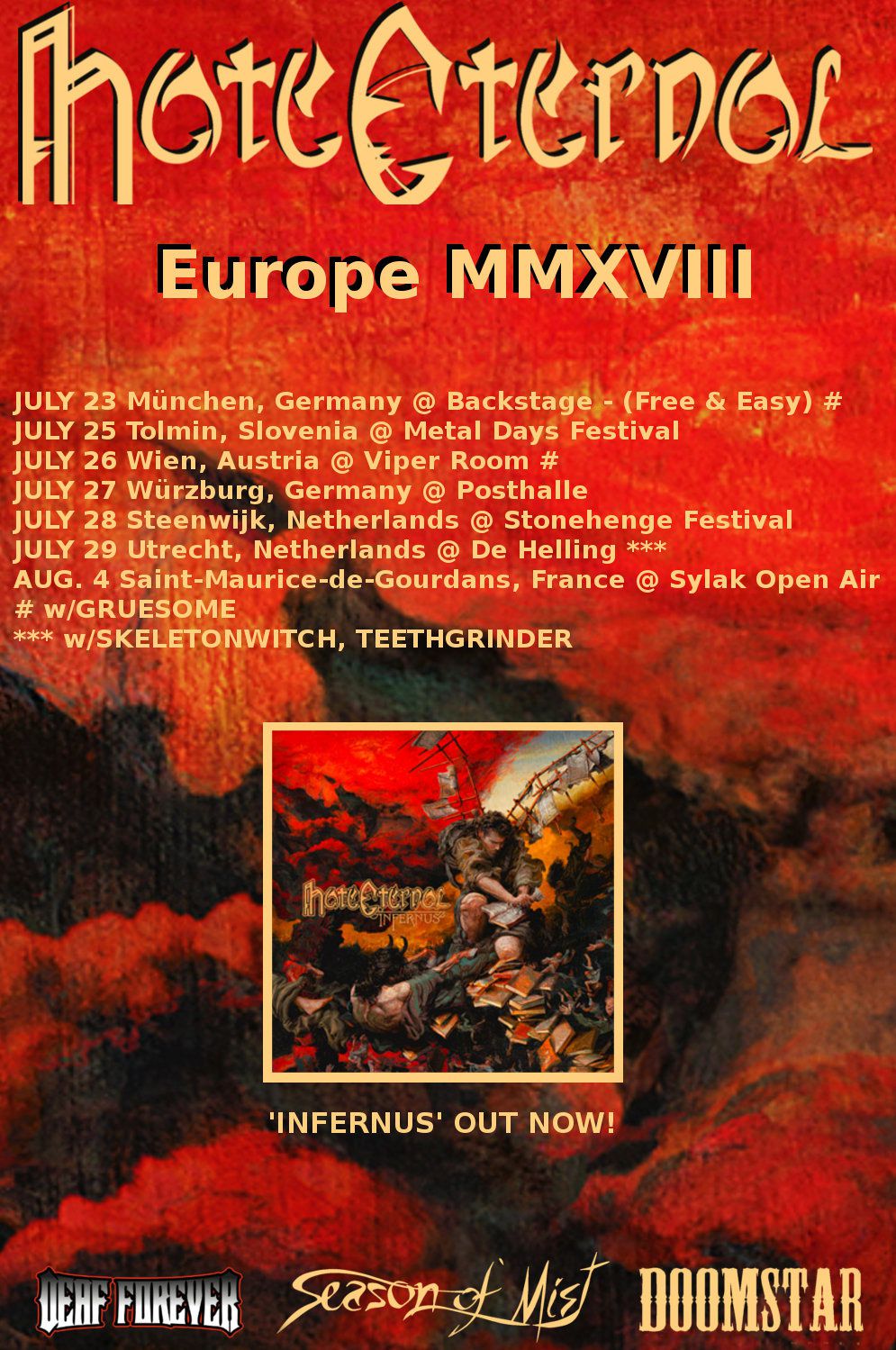 (7/10) It's maybe a coinsidence or something that was planned very well. The new Gruesome EP and Death's "Scream Bloody Gore" re-release enter the shops at the same time. So we will have the original and Gruesome's salute at the same time. You can't get more.

Anyhow, Gruesome's new record is called "Dimension of Horror" and contains six death monsters that are again influence very much by Chuck Schuldiner's Death. After having been part of Death To All, Matt Harvey and Gus Rios started to write their own songs with the aim to keep Death's sound alive. And they managed.

The first result of this cooperation was the "Savage Land" release, an album that got pretty good feedback. What follows is "Dimension of Horror", an EP on which the band continues fulfilling their mission.

The tunes on this EP are face-smashing metal tracks that shows the band in a good shape and form. Each of the six numbers is build on raging rhythms, blistering riffs and deep growls. Gruesome doesn't spend a lot of time in writing long and epical songs. Each of the tunes is right to the point and none of them is overloaded with unnecessary frills. This doesn't mean that they aren't technically ambitions. It;s just the true energy that rules.

This package is rounded off by the excellent artwork done by Ed Repka, a master of his trade.

Gruesome adds with "Dimension of Horror" a well done new EP to their discography that enriches today's death metal. (8/10) Gruesome is the brain child of axeman Matt Harvey and Gus Rios. Both have been involved in the Death To All tours and are fans of the early Death records. What began as a crazy idea became something very real. The guys discussed to write own songs based on their passion for Death. The two guys found with Possessed guitarist Daniel Gonzales and bass player Robin Mazen two partners in crime. This was start for "Savage land" - the debut of the 2014 founded band.

"Savage land" includes eight songs that refelcts the brutal Florida death metal of the end 80's beginning of the 90's. It is oldschool metal that comes with brutal riffs and deep growls. By all this the technical capabilities of the four musicians is rather high.
The merciless pushing title track "Savage land" with intelligent breaks belongs as well to the highlights as the furious "Demonized" that brings back long forgotten "Leprosy"-times. My personal favorite on the album is the brutal "Closed casket" with the cool growls, dynamic riffing and and endless seeming power. And the repeatative chrous is the icing on the cake.
Being enriched by a Ed Repka cover "Savage land" became an excellent death metal package. Fans of Florida death metal will love it and can reserve already a copy at the local record dealer.
(8/10)
Tracklist:
Label: Relapse Records
Genre: Death Metal