(8/10) One of the death metal dinosaurs, Grave, is back with a new longplayer called "Out of Respect for the Dead". As you know, Grave is the brainchild of Ola Lindgren and it's the Swedish guitarist that's the only remaining member who is with the band since the early days.

The new longplayer is already number eleven for Grave and it is again packed with nine outstanding death metal anthems. The pleasure with each of Grave's longplayer, also this one, is the sinister power that is inluded in each of the tracks. Lindgren and his squad stayed true all over those years. Oldschoold Swedish death metal was what they established, together with other bands, and that's what they are good in. Grave never tried to be something else; they stayed true thoughout all those years and are a flagship for Swedish death metal.

Another fact that goes for the new album is the stable line-up. Guitarist Mika Langren was the last one who joined in 2011 and the consistency since themn pays back with the new album. Grave sounds very tight and strong on "Out of Respect of the Dead". This album is a real test for your speakers. Turn the music loud and if they can handle it you bought good ones.

When it comes to the songs it's hard to pick out a few. The denisity of excellent death metal tunes is pretty high on this longplayer. But the midpace "Plain Pine Box" sticks out a bit and also the raging "The Omnious "They"" belongs to the real highlights on this record. And last but not least there is "Grotesque Glory", the longest Grave song ever recorded. The nine minutes long grave digger starts as a slow death doomer before the band shift up two gears in the second half. This song is a sonic grand slam homerun.

With "Out of Respect for the Dead" Grave added another record to their discography that presents the band in an excellent condition. Grave proves that oldschool doesn't mean dusty. Oldschool can sound fresh and death metal can be alive - no contradiction. 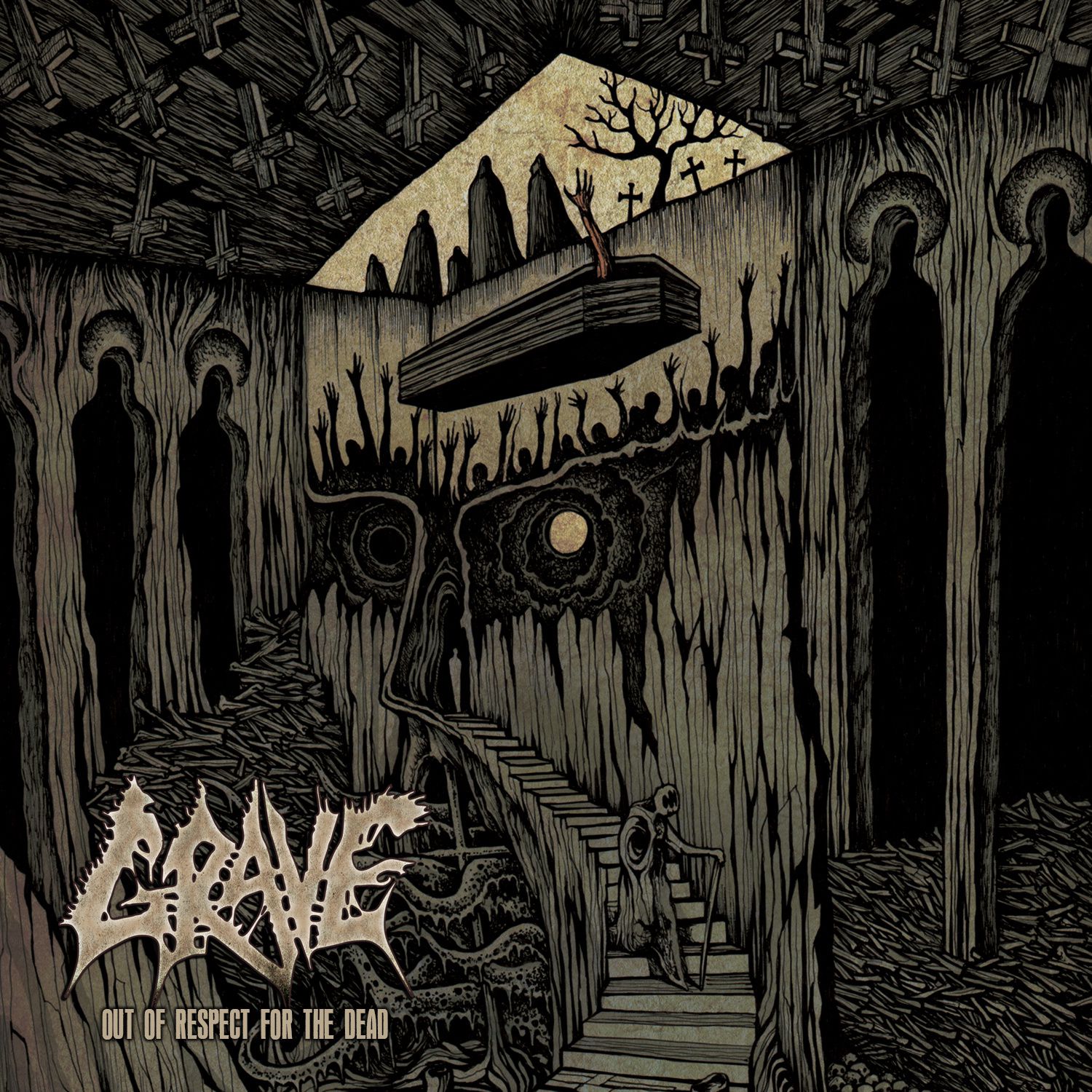 (8/10) The history of Entrails can be divided into two phases. In the 90's, the peak of Swedish death metal, the band from Linneryd, Sweden started with passion and dedication. But all the work didn't really lead to countable successes with the result that Entrails disbanded in 1998.

It took the band another 10 years to re-unit. This was mainly based on Jimmy Lundqvist. Demos have been recorded and the debut album "Tales from the morgue" came out in 2010. In the meantime Entrails has released three records and start to really get attention in the death metal scene. Listening to Entrails immediately awakes the thought about Entombed, Dismember and Grave.

With 'newest' release the band goes back again into the demo times. It was Lundqvist's idea to remove dust from old treasures of the band. "Resurrection from the grave" couldn't have been better chosen as a title for this exercise. It's both demos ("Reborn" and "Human decay") which found a new way into the spotlight. The result is a 16 songs + 2 intros long album. Songs from the past, which are partly also presented on the full-length albums, provide you with great death metal. The pleasure with this release is the puristic approach which Lundqvist had when re-recording/re-arranging the tunes. The album has an excellent sound, but you can hear that most of the songs have been written already in the 90's. You could say it's old stuff which benefits from new recording standards.

"Resurrection from the grave" is a great death metal release of a band that finally gets the attention deserved. For all fans of Swedish death metal a 'must'. After Grave released their last full-length album a year ago they are releasing now a new EP. The album contains 5-tracks which are a logical next step after the “Endless procession of souls” album in 2012. The tracks are well chosen. There are two new tracks, one cover version and two older tracks from Grave.

The album starts with the mid-tempo song called “Venial sin”. The song contains a real heavy riff and has also some doom parts.  With “Morbid ascent” the speed increases. This is like a 5:30 minute long steam hammer treatment for your ears. With “Possessed” Grave covered a song from Satyricon and the version sounds good. I was curious how they will interpret a black metal song. The experiment worked out fine. After remixed version of “Epos” from the last album the EP contains also a song from the older days of Grave. “Reality of life” is originally from 1989 and shows the intransigence and energy of Grave in those days.

“Morbid ascent” is a good release which will shorten the waiting time till the next full-length album. Grave has released a new lyric video. The song is called "Venial sin" and is from the coming MLP "Morbid ascent" which will be released August 26. Swedish death metal band Grave is working on a new 4 track EP. The title will be "Morbid ascent" and the EP will be released end of 2013.