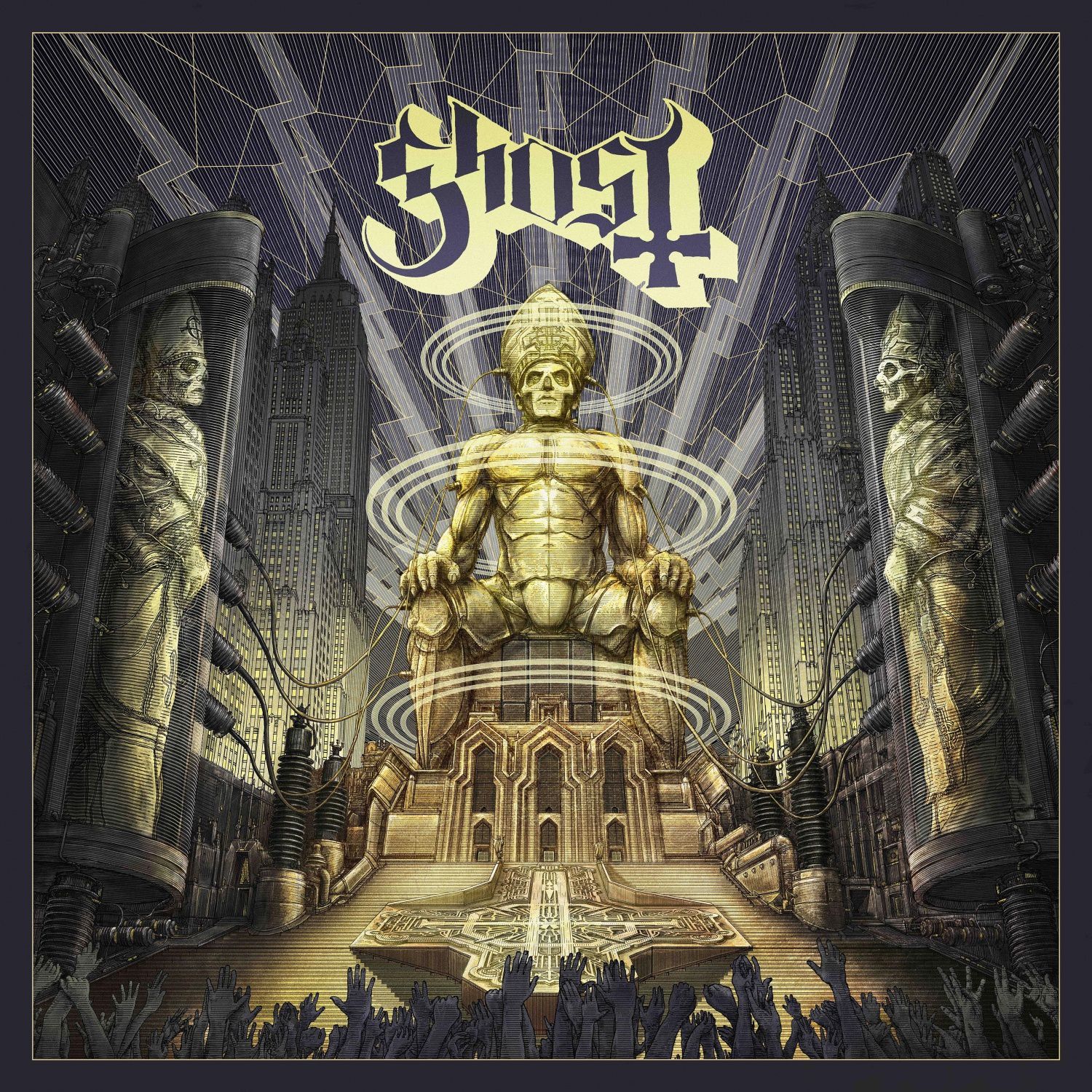 (9/10) A visit of the "Desire's Magic Theatre" is a inspiring journey through a kaleidoscope of sounds. Rosalie Cunningham, the main person behind Purson, founded the band back in 2011, followed by a debut album called "The Cicle and the Blue Door" in 2013. "Desire's Magic Theatre" is the next leg on Purson's psychedelic rock trip, a tour through thrilling arc of melodies and sphereful sounds.

Ten new songs enriches this album, covering a wide range of sounds, all anchored in 70's rock music. This bigger variety of sounds gave the band so far the great opportunity for getting various support slots. Since they aren't fixed to one genre only, Purson played the Kiss Cruise as well as the shared the stage with Electric Wizard, Ghost and Pentagram.

As mentioned, the main inspiration comes from 70's classic rock, which Cunningham and her band cleverly combines with 60's sounds that find its roots with bands like The Beatles. But also folk, prog and even jazz is reflected in the various tracks on "Desire's Magic Theatre".

The first single that was published from this longplayer was "Electric Landlady". No, it's not a typo. The song is called "Electric Landlady" which is of course no Hendrix-cover, but music-wise a lot of things remind of the iconic guitarist.

This is just one out of ten songs, each of them coming with the 'danger' of putting a spell on you.

Such a diverse piece of music needs a proper sound too, something that was handled in London's Gizzard Studios. The result is a warm and organic sound that supports the vibe of Purson's music very well.

"Desire's Magic Theatre" is an album that offers quite a lot. It is a musical rock variete show that is build on big soundscapes, complex arrangements and great melodies. This album is more than music pressed on a disc. This record is art. Swedish rockers Ghost won a Grammy for "Best Metal Performance" for their song "Cirice". The other nominees have been Slipknot, Lamb of God, Sevendust and August Bruns Red.

Right in time to celebrate the Grammy Ghost comes on tour and will play several shows in Europe. Here are the dates: (8/10) Unrevealed names of musicians isn't something original but it still gives extra attention. A can remember the hype about Mekong Delta in the late 80's when there was a lot of guessing about who stands behind this name. Ghost follows the same principle since many years. And eventhough there are some hints from time to time it is amazing that you can keep those kind of things as a secret for so many years - in a time when the digital world brings a lot of things up to surface. At least the role of Tobias Forge seems to become clearer, eventhough nothing was clearly outspoken.

However, let the music talk. "Meliora" is the third longplayer of the Swedish musicians and it follows the 2013 release "Infestissumam". And "Meliora" is a logical continuation of where Ghost ended with the predecessor - with a few exeptions.

The first thing that is recognisable is the fact that the new longplayer became a bit harder and tighter compared to the predecessor. The retro factor got a bit more into the back and the new songs come with a pretty good punch.

I guess that producer Klas Åhlund played an important role in this. The man that is also known for his productions for Madonna and Ketty Perry gave "Meliora" and flawless sound that contributes a lot to the positive expression of the longplayer.

With "He is" the record comes also with a special song. Special in the sense that Ghost wrote this number already back in 2007. But they never really found a way to get a real Ghost song out of it. Also here Åhlund was the final helping factor by having a clear idea - the result came on "Meliora" and it is for sure a highlight in the third longplayer.

I like "Meliora". It has all the typical trademarks and can be immediately recognised as being from Ghost. But the band also developed further and added new compontents to their sound which makes their music even more exciting. Ghost fans will love the new disc, while new fans might get interessted by listening to this record. (7/10) “If you have ghosts” is the name of the new EP from Ghost. This album is meant to bridge the time between the latest release “Infestissuman” and the next album. The EP comes with 4 cover versions and one live song.

It starts with the Roky Erickson song “If you have ghosts”. The songs fits perfect to the band. Not only from the title, but also the ay how they interpret the song. Ghost creates a great atmosphere eventhough I Have to say, that the interpretation is more rock/pop than the occult hardrock which we know from the band.

Than they continue with two songs from Swedish pop bands. The first is from ABBA and is called “I’m a marionette”. The song is good, the Ghost version is OK, but it’s not a real highlight. The next one is much better. It is “Crucified” which is THE hit from Army of Lovers from the beginning of the 90’s. A pop song meets dark rock. This cover version shows, that this is possible. The original song is still recognizable but Ghost managed to make it their ‘own’ song by making the track really gritty. For “Waiting for the night” goes a bit the same as for “I’m a marionette". It’s a cool song, the original is from Depeche Mode, in a cool Ghost version, but it is also not really outstanding.

The final song “Secular haze” is a live recording from the band’s show in Brooklyn earlier this year. Here you can hear that the band was touring a lot. It captures the live atmosphere in a quite good way and I was wondering if it would not have been better to release a live EP instead of the cover version.

In total the EP is really OK and worth to listen to, since it also shows a bit of another side of Ghost. It’s a good record to reduce the felt waiting time till the next record. But on this next album I also would prefer to have the band more back into the hardrock of “Opus eponymous” times.