(8/10) It feels like Crossover’s gaining more and more of a momentum again. There are the Prophets Of Rage being on a successful tour through Europe right now and there’s a new player in the starting blocks too – Powerflo. Having a deeper look behind this name unveils well-known musicians. Cypress Hill’s Sen Dog as part of the ‘Flo’ as well as downset guitarist Rogelio Lozano and Billy Graziadei from Biohazard, Fear Factory bassist Christian Olde Wolbers and Worst drummer Fernando Schaefer. The musical background of the involved also describes very much the sound of this debut. The quintet celebrates a crossover style that brings together some metal with hip-hop, punk and rock.

Powerflo took a very inclusive approach rather than an exclusive one. Everything started with a jam session, leading to a vibe that was kept throughout the entire album. Powerflo’s songs don’t feel forced or planned. Powerflo’s album grew more organically which also means that, even though ‘Crossover’ is the overarching style, the disc comes with wider variation of styles combined.

“My MO” is the grooving starting point into this longplayer, a song that shows the whole beauty of crossover. Hip-hop meets metallic riffs in an excellent way. “Resistance” adds another level of aggressiveness to Powerflo's sounds before melody and heavy riffs dominate “Where I Stay”.

One of the best songs on the album is the punky “Less Than Human” that also, in parts, reminds of downset. After such a blast the moderate “The Grind” shows the entire spectrum of styles on “Powerflo”, followed by a Biohazard-inspired smasher called “Victim of Circumstance”.

Let’s take this album for what it is: a cool longplayer with well-crafted crossover songs that catches attention. If you like the “Judgment Night” soundtrack or if you call one of the earlier mentioned bands your favorite than you should also get into the ‘powerflo’. 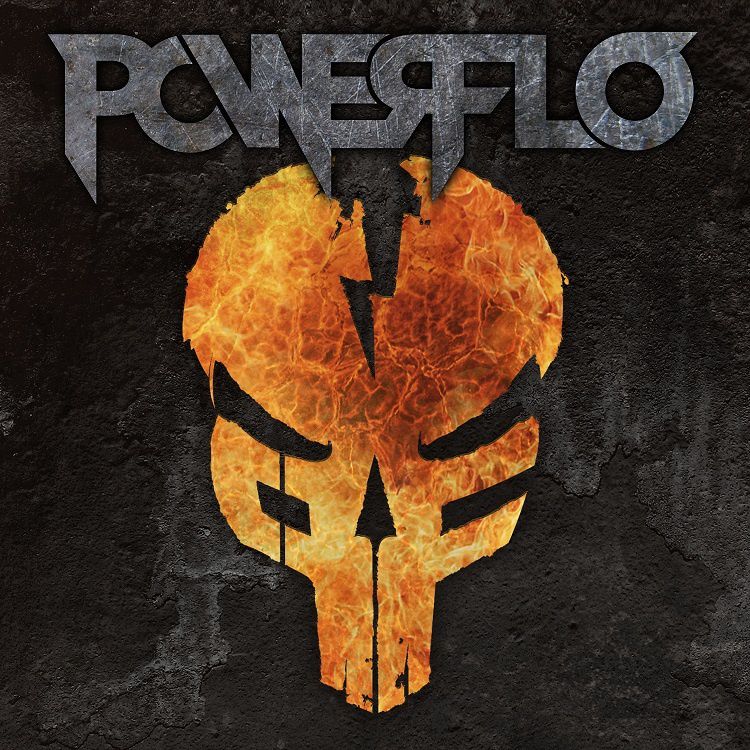 It looks like the old “Judgement Night” days are coming back, or at least a metal/rap crossover. Prophets Of Rage are touring right now through Europe, playing some big festivals after having had a very successful North America tour earlier.

Now it’s another player that enter the scene – Powerflo. This quintet are Sen Dog (Cypress Hill), Rogelio Lozano (downset), Billy Garziadei (Biohazard). Christian Olde Wolbers (Fear Factory and last but not least Fernando Schaeffer (Worst). These five guys put the last dot on the ‘I’ when it comes to their debut album “Powerfol” which will be released on June 23rd, 2017 via Dine Alone Records. 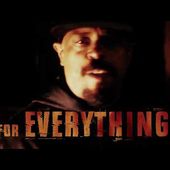 (7/10) If you count the soundtrack of the "Judgement night" movie to your favorites than you should listen to Bonz. And if you started to think now about in which context you have heard the name Bonz already earlier, I can help you. Bonz is the original frontman of Stuck Mojo - the crossover band from Atlanta, US.

Therefore it's not a big surprise that Bonz has a similar approach when it comes to music. Bonz teamed-up with guitarist Curt Taylot from Primer 55 to form the band and the result is a very interesting one that has a few more nuance than Stuck Mojo.

After reading this you might have the impression that Bonz is copying those bands which I can clearly say no to. The guys take those influences and make those their own. This leads to 40 minutes of highly entertaining crossover music that will be a treat for fans from the above mentioned bands. I like what I heard and you should give it a try. This album will make you jump. American crossover specialists Downset are on tour in Europe in summer 2014. Here are the dates (unfortunatly no Benelux date): 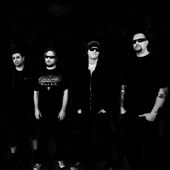 Interview - Markus' Heavy Music Blog 7/13/13 Markus: Hej Chris. How are you? Chris Lee: Markus, we're good! Hope all is well is Holland! Hey! I think I smell some... Oh never mind. Markus: Who is in

Markus: Hej Chris. How are you?

Chris Lee: Markus, we’re good! Hope all is well is Holland! Hey! I think I smell some… Oh never mind.

Markus: Who is in the current line-up?

CL: As of right now it’s Rogelio Lozano on guitar, Neil Roemer on vocals, J.D. Manhart on bass, and me, Chris Lee on the drums.

Markus: What happened to the other original members?

CL: There was an effort to get all the original band members together and do a tour and possibly an album, but particular members did not want to do it at the end of the day for their own reasons. Roy and I still love playing and touring so we decided to honor some obligations of the band and it’s growing from there.

Markus: What happened since you released your last album in 2004?

CL: A lot has happened musically and in life. OF course we toured for a little bit in 2004 and 2005 on that album and then there was time off from downset. There have been several other side project bands and other efforts by most of us. A few guest appearances and studio sessions on other albums, and a lot of other interests and involvements. Most importantly we are trying to enjoy life.

Markus: You're playing some shows in Europe in August. What can we expect?

CL: Yes, we’ll be playing for most of the month of August in Europe and are prepared to rock it. If you’ve seen the footage from Colombia last month (June, 2013), you can see we’re having a blast and putting the smash down. There are also some new songs in the setlist, so it gives you some suspense!

Markus: Will it be headliner shows?

CL: There’s a combination of headliner and festival shows as well as co-headliner and an opener! We’re just grateful regardless of slot or stage to be back in front of of our friends and family; our fans!

Markus: I can remember the show in Stuttgart, I think it was in 1996, when you asked the audiance to bring food for the homeless. Will you do these kind of activities again? I think it was a cool initiative.

CL: Yes, that was the “Food for Fun” campaign in conjunction with Mercury records and couple of other entities. Concert-goers were given a free CD in return for bringing canned food which was in turn given to the local homeless in those venues. It was very successful and we hope to do more activities like this in the future.

Markus: Have you written some new songs and will you play some them as part of the live shows?

CL: Well like I mentioned previously there are also some new songs in the setlist. We have already written a handful of songs and have ideas for a few more. There is a lot of power in the new songs and they bring a great opportunity for fans to hear something new!

Markus: Do you have already the setlist for the shows?

CL: We’re still working out a few song positions and determinations on a few songs. We’ll probably add a song or 2 in to the set as the tour progresses to keep it fresh so the fans do not see the same show twice. Ultimately, yes we have the majority of the setlist figured out, but you gotta come to the show to get that information! HA!

Markus: The last album "Universal" is almost 10 years old. Do you have plans to work on a new album? If yes, how far is the process?

CL: There were ideas kicked around initially about it, but nothing solid ever materialized. We may release a small single to gauge response, but that’s the only thing being talked about at the moment.

Markus: In the 90's you guys had two great albums out incl. "Anger" which is still one of my favorites after all these years. After that it took always 4 years till the next album. So what happened than, since you almost 'disappeared' from public?

CL: We’ll it’s not a secret that the band was defunct for a few years. There were some writing sessions and stuff a few years back, but nothing concrete. A lot has happened, but that was then and this is now! Now that everyone has had time to breath, including the fan base and our friends everywhere, I feel like there is still unfinished business to handle as downset.

Markus: What are favorite bands at the moment? Are there some great newcomers in LA. I guess LA has still a very vital scene.

CL: I try not to listen to ‘new’ stuff much anymore. I usually end up disappointed. If there is something stellar, I have a few friends online that steer it my way. Newest thing I’ve gotten myself into is Dub Trio, but they’re from the East Coast. L.A. will have good efforts so long as the people retain the passion and hunger that has placed so many of them on the map over the years. It’s a concrete jungle that will eat up and spit out the weak in a heartbeat.

Markus: Is there something more you want to share with the fans out there?

CL: We collectively want to say thank you for your undying passion and constant loyalty to downset. We plan on giving you the best show you have seen since the early 90’s, and with the bonus of some new heavy hitters to check out as well! The tour name, “Calling You Out!” goes out to the haters! See you in the pit in August! 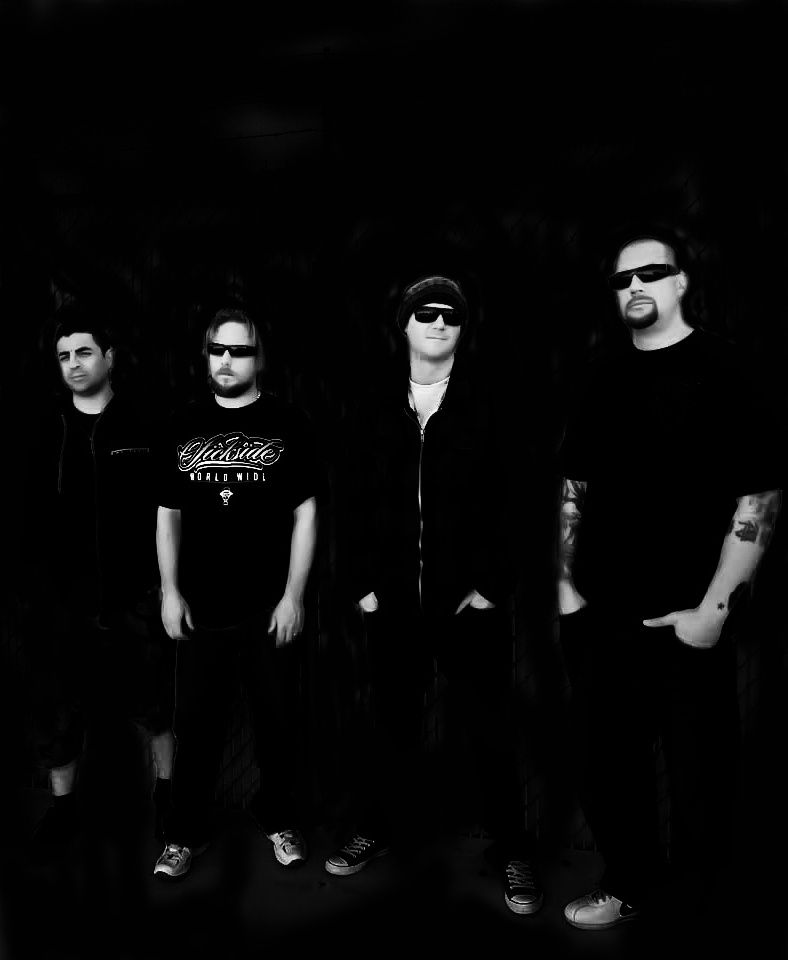