This year’s Rock Hard Festival edition will take place from Friday 18th to Sunday 20th of May - the Whit Weekend. As usual the Rock Hard team could put together a very exciting billing, which looks like this so far: 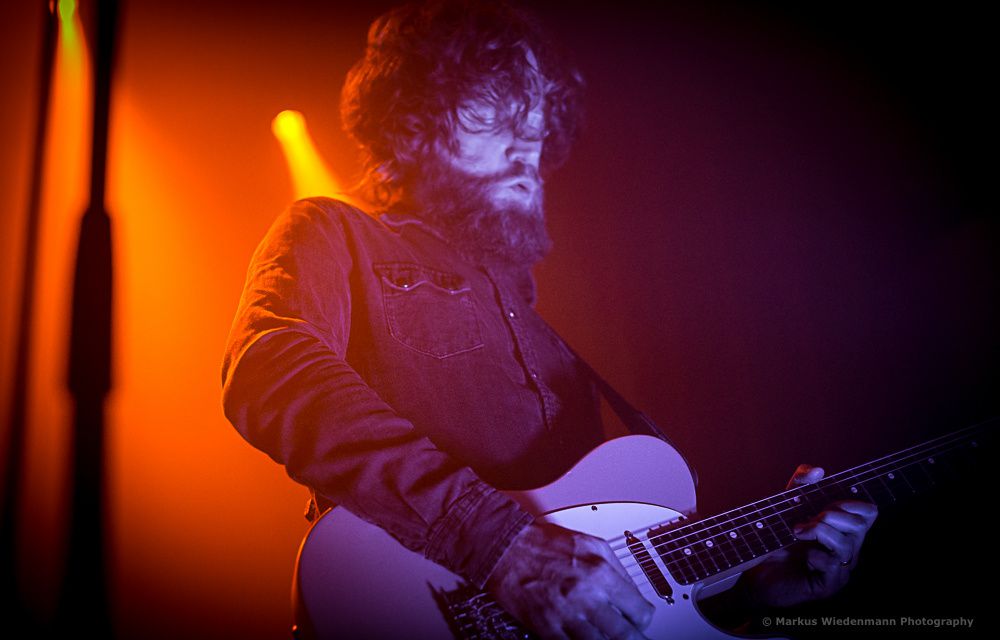 Dool is still a fairly new band with band members reflecting the best Dutch dark rock/metal has in the offer. Each of the five guys has a proven track record in rock and combining forces leads to this powerful dark rock outfit. Some intensive live shows and an excellent debut where the pillars to date for a fast growing fan base.

I had the chance to witness one of the first Dool shows in March this year, which was a great experience. Based on that, the level of curiosity was rising the moment the band announced some NL shows in late autumn. One of these concerts took place at Paard Van Troje in Den Haag. The show was announced at the smaller of the two rooms with Dutch Wolvennest being the ones who got the support slot.

Before Ryanne van Dorst and Co. entered the stage for another impressive concert it was up to Wolvennest to get folks into the right mood. The sextet did their best and managed to drag already quite some people into the room. 30 minutes of dark ambient noise rock filled the venue. Three guitars delivered some mighty riff power, introduced and ended by some spoken words of the 'faceless' monk.

After a quickly done stage remodeling Dool started into the night with a short intro and "The Alpha". The Rotterdam-based powerhouse didn't waste any time. These guys have been present with the first tone played, leading to an almost 90 minutes shows that was even better than the March one. Dool gained experience over time. The density of Dool's sound was already striking in March and the fact that the guys played quite some concerts from then till now even intensified a Dool live set. Folks welcomed and enjoyed every minute of the show, a concert that included with "Love Like Blood" an superb cover version of the Killing Joke classic.

Time was flying and after 1 1/2 hours it was "Oweynagat" that ended one of the best concerts this year. Dool's music is made for smaller venues, kept in dark. Such an ambient supports the gloomy basic mood that is weaved into each of the tracks. Dool is far more than just a shooting star. These guys came to stay and the Den Haag show was another step on an exciting journey into darkness. 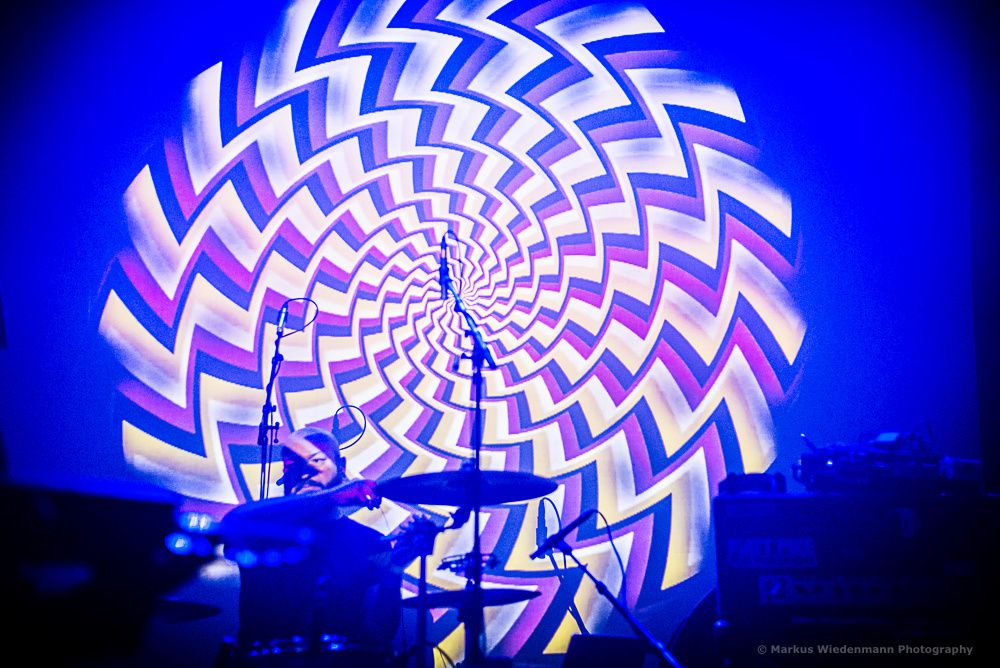 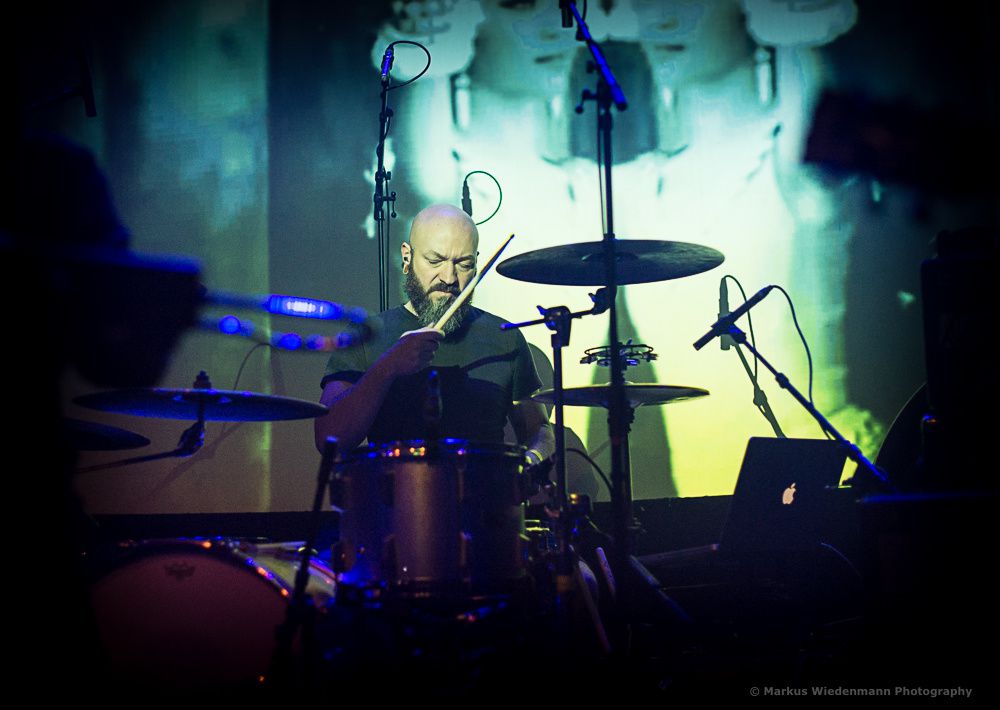 One of the shooting stars in 2017 are Dutch newcomers Dool. Now, ‘newcomer’ might not even be the right word, since all involved musicians have a more than solid background in rock and metal. However, the band itself is fairly new with a debut called “Here Now, There Then” that was released a few weeks ago.

In order to promote the album, Dool started a first leg of touring activities, mainly built on some shows in Holland. The Amsterdam concert, which was originally planned to take place in the OT301, moved to the Paradiso a few days prior to the show. The gig was supposed to start at 22:00 with ‘doors’ at 21:30. The Paradiso is a venue in the middle of Amsterdam with various rooms and when I arrived, the stage was still occupied by the band that had their show earlier that night. Since these guys finished pretty much on time it was an interesting mix of people that met, considering the fact that the earlier band wasn’t about metal at all. Unusual and fun.

Since the whole stage had to be build-down and build-up for Dool, I was wondering if the quintet could start as planned at 22:00. But after a very coordinated work of stagehands and a quick soundcheck of the band in front of the audience it was around 22:15 when the band began their journey through the entire debut.

I have listened to “Here Now, There Then” a few times and I really like each of the songs (see review). However, seeing Ryanne van Dorst and ‘the boys’ live on stage as a far more intense experience. Already the presence of three guitars allows Dool a density that is enormous. And having with Micha Haring (d) and Job van de Zande (b) a rhythm section that provides a more than proper sound foundation each of the tunes was a real treat for fans of darkened rock music, classic rock and heavy metal. And last but not least it’s Ryanne van Dorst herself, being with her stage presence a real ‘frontwoman’.

Actually it was a pity that Dool has released just one longplayer up to date. Based on that, the show took around an hour and I think that most of the fans could have easily continued for half an hour (or more). The five-piece from Rotterdam underlined with the Amsterdam show why they, and their debut, have got so much attention and positive feedback. Dool combines dark psychedelic elements with a warm and organic sound, that’s evolved to an intensive rock experience during their shows. I was very much impressed of the band and their show and hopefully we will hear more from this rising star in the near future. Two thumbs up. 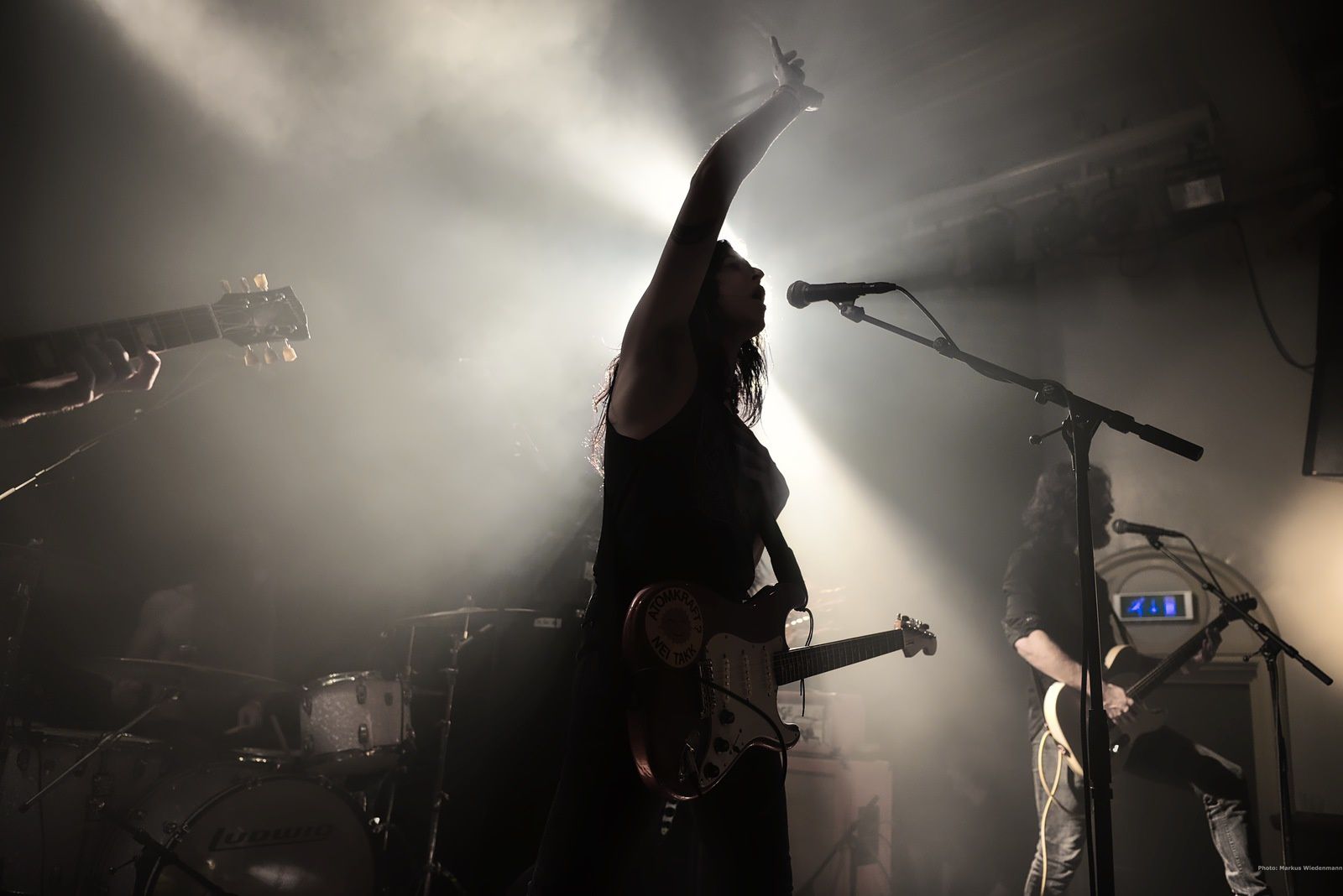 (8/10) "Here Now, There Then" is the highly anticipated first album of Dutch psychedelic rock outfit Dool. The quintet released a first single in 2016 and played a notable show on last years Roadburn festival in Tilburg.

Who is Dool? The five-piece band is Micha Haring (d) and Job van Zande (b), both former members of The Devil's Blood. The two guys teamed-up with Reinir Vermeulen and Nick Polak, both guitarists and its singer Ryanna van Dorst who completes the line-up of Dool.

The group worked on their debut, which features eight songs that are rooted in dark rock. In total the album provides the listener with 50 minutes of exquisite rock music. To describe the sound of Dool I would say that it’s a combination of dark rock, that is spiced up with a psychedelic vibe and a certain touch of gothic. A song that epitomizes this is “Oweynagat”. Sisters Of Mercy are often mentioned as a source of inspiration, but I had to think of Fields Of Nephilim when I listened to this gloomy beauty. No surprise that this song was chosen to be the first single and the first countable statement of the band.

“Here Now, There Then” also starts spectacularly. The five guys have put the longest track in pole position. “Vantablack” is a 10 minutes opus that spreads the vibe of an elegy in the beginning. After a few minutes the opener builds–up to a rocking masterpiece and evolves into a bittersweet beauty. It’s a first solid pillar on which Dopl build their music on.

Another track I would like to stand still for a moment is “The Alpha”. Based on a powerful rhythm section the tune is kept in a slower pace. It’s an irresistible groove that pushes this tune forward. It’s a psychedelic groove monster that has weaved in moments of light before darkness and wistfulness takes over again.

All this could lead to the impression that Dool created an album that is charged of despair and sadness. Party this is probably true. But what counts even more is this melancholic fascination that makes this album to an irresistible piece of music and to a great debut. It puts a spell on you.