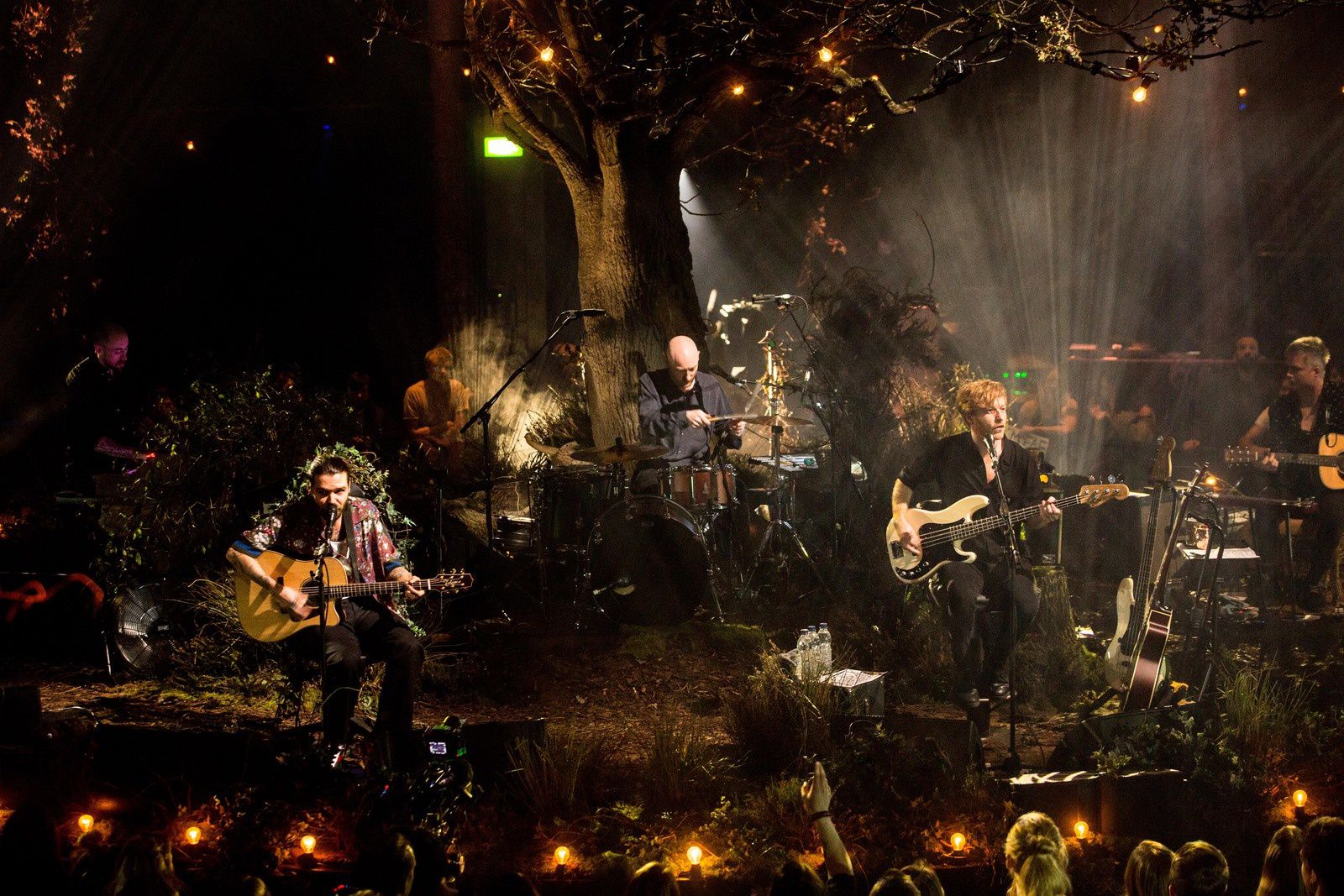 Biffy Clyro have a new live release in the pipeline. "MTV Unplugged - Live at Roundhouse London" will be published on May 25th and comes via Warner Music. As the title tells already, the album was recorded at Roundhouse London on November 8th, last year.

(7/10) Good Charlotte remains true to themselves, for the good and the bad. "Youth Authority" is the sixth album of the band from Waldorf, Maryland and the first one after their hiatus in 2011. On the one hand it feels like this break gave the guys some extra energy that is reflected on the new longplayer, secondly they continue with mainstream pop/rock/punk as we know it from the guys and in the end Good Charlotte go further on where they stopped at the end of this decade - bubble gum pop punk with a wide appeal

"Life Changes" is one of the harder tracks on the album, but I can't stop thinking about Bon Jovi while listening to the bridge/chorus. Anyhow, a good and crunchy song and a well-chosen opener for the album. If you ever asked yourself why Good Charlotte's music is classified as pop punk you should listen to "Makeshift Love". The song, even though being very entertaining, feels like the perfect Spring Break soundtrack.

Some more silent moments are included in the tracklist too. "Life Can't Be Much Better" is a mid-paced number with quite some acoustic moments, build on a catchy melody.

The album comes with two songs where Good Charlotte get support from Kellin Quinn ("Keep Swingin'") and Simon Neil from Biffy Clyro ("Reason to Stay"), both tracks being melodic rockers, written for a bigger audience.

Talking about the masses, Good Charlotte and bands like Coldplay start to sound very similar. "Cars Full of People" is one example that underlines this statement. Even the sing-a-long part could come from Chris Martin & Co.

There are some tunes where Good Charlottes takes it a bit too far. "Stray Dogs", the title actually associates a wild track, is an almost cheesy pop rock number that is pure mainstream, something that goes for "War" as well.

"Youth Authority" is a rock album that has a few small punk references and a bigger pop appeal. In case you’re looking for music that is entertaining without being revolutionary, than this longplayer is the one you should go for. "Youth Authority" is more fast food than a five course musical menu, but sometimes it's the moment for fast food. In this case you shouldn't resist and go for it. (8/10) It is ex-Oceansize member and current Biffy Clyro touring guitarist Mike Vennart who is the mainman behind Vennart. "The demon joke" is the debut album of the mulit instrumentaist from the UK and is out in the stores since a few days.

The music on "The demon joke" isn't that easy to describe. On the one hand the album has silent and reflecting moments, while on the other hand you'll find heavy sounds that are pure metal. In general the tunes are softer than what you know from Biffy Clyro and also more introvert than what you might know from Oceansize. This is actually a good thing since it strengthen the diversity of Vennart's solo debut.

One of the more quiet moment is the beautiful "Rebirthmark" that comes with a solid keyboard foundation which creates the stage for great vocal lines. Another example for the width of sounds is the awesome "Don't forget the joker". I was very much reminded to Faith No More in their newer days. And Vennart sounds almost like Mike Patton. The tune starts acoustic and builds up towards the chorus. I even think that this is the best track on the album.

Another shade of sound is "Doubt". What a weird start into the track. Actually it's not only the start, it is the entire track that is more experimental. Sometimes I had the feeling that the number is close to loosing direction. But in the very last moment Vennart adds a twist that brings the tune back on track. Beside all this it is also one of the heavier pieces on the album.

If those mentioned tunes are the more extreme ones, than "Operate" is a track that sits in the middle. It is a melodic rock songs that is just fun to listen to. The catchy chorus makes it to a sing-a-long tune that you can easily keep in mind.

I like Vennart's "The demon joke" since it has a lot of nice nuances which gives the album a lot of diversity. And that's exactely why it makes so much fun to discover "The demon joke". Worth to give it a try.