(8/10) (7/10) (7/10) (8/10) German thrash metal pioneers Kreator recently delighted fans with re-releases of the band’s first four classics - “Endless Pain”, Pleasure to Kill”, “Terrible Certainty” and “Extreme Aggression”. These four albums were not only crucial milestones for the band from Essen, Germany; they are and were trend-setting when it comes to European thrash metal. Their re-release was very well received by Kreator fans who also expressed their wish for more Kreator records to be re-issued.

The wish was heard and the next four longplayers will hit the shelfs as we speak. “Coma of Souls”, “Renewal”, “Cause For Conflict” and “Outcast” have been remastered, will be available in different formats and as it was with the re-issues of the first four albums also this time it’s bonus material that enriches the original classics. Last but not least each of these four longplayers includes a comprehensive booklet with lyrics, photos an liner notes that gives context to the album and the days when ti was created. (8/10) After having had huge success with the first releases the fifth album “Coma Of Souls” saw the light of day in 1990. The album still shows Kreator’s harsh way of interpreting metal. The longplayer is a logical continuation of what Mille and bandmates published with “Extreme Aggression”. What’s different though is the second guitar. Frank Blackfire joined the band, which led to a bit more complexity when it comes to the songs and songwriting. Still sticking to their roots, “Coma of Souls” is innovative and dynamic, showing a band that grew over time without becoming predictable and standardized when it comes to their sound and attitude.

The re-mastered version also includes a second disc that features a live show the band performed in Fuerth, Germany on December 6th, 1990. Fifteen songs provide an excellent overview about the band’s highlights to date, captured in an authentic way and with a good level of sound. (7/10) “Renewal” is the next Kreator longplayer and omen et nomen. Two years after “Coma of Souls” was excessively celebrated, Kreator started to experiment with their music which led to controversial discussions. Industrial and hardcore gained momentum in the 90’s, styles that also impacted “Renewal”. Industrial influences couldn’t be more obvious than what is expressed with the instrumental “Realitaetsverlust”. Cold industrial beats combined in a aseptic sound collage is something that’s totally unusual for the Essen-based metal legends and  the following “Zero to None” comes with a surprising twist too. The song belongs to the hardcore inspired ones on this record and shows Kreator’s open mind for experimenting with new sound influences. (7/10)“Renewal” was the last record that was done for Noise Records. The band inked a deal with Gun Records and debut on the new label with “Cause of Conflict”. The album was published in 1995 and included a completely new rhythm section. Christian Giesler took over bass duties while Joe Cangelosi was hired as drummer for “Cause of Conflict”. As with the predecessor, also Kreator’s seventh album showcased the band in an experimental phase. “Outcast” reflects the effort of combining old and new, an endeavor that partly led to pretty good songs like “Progressive Proletarians”. However, the album isn’t a highlight in Kreator’s rich discography, but it was certainly needed on the bands journey into the premier league of thrash metal.

Tracklist Cause of Conflict 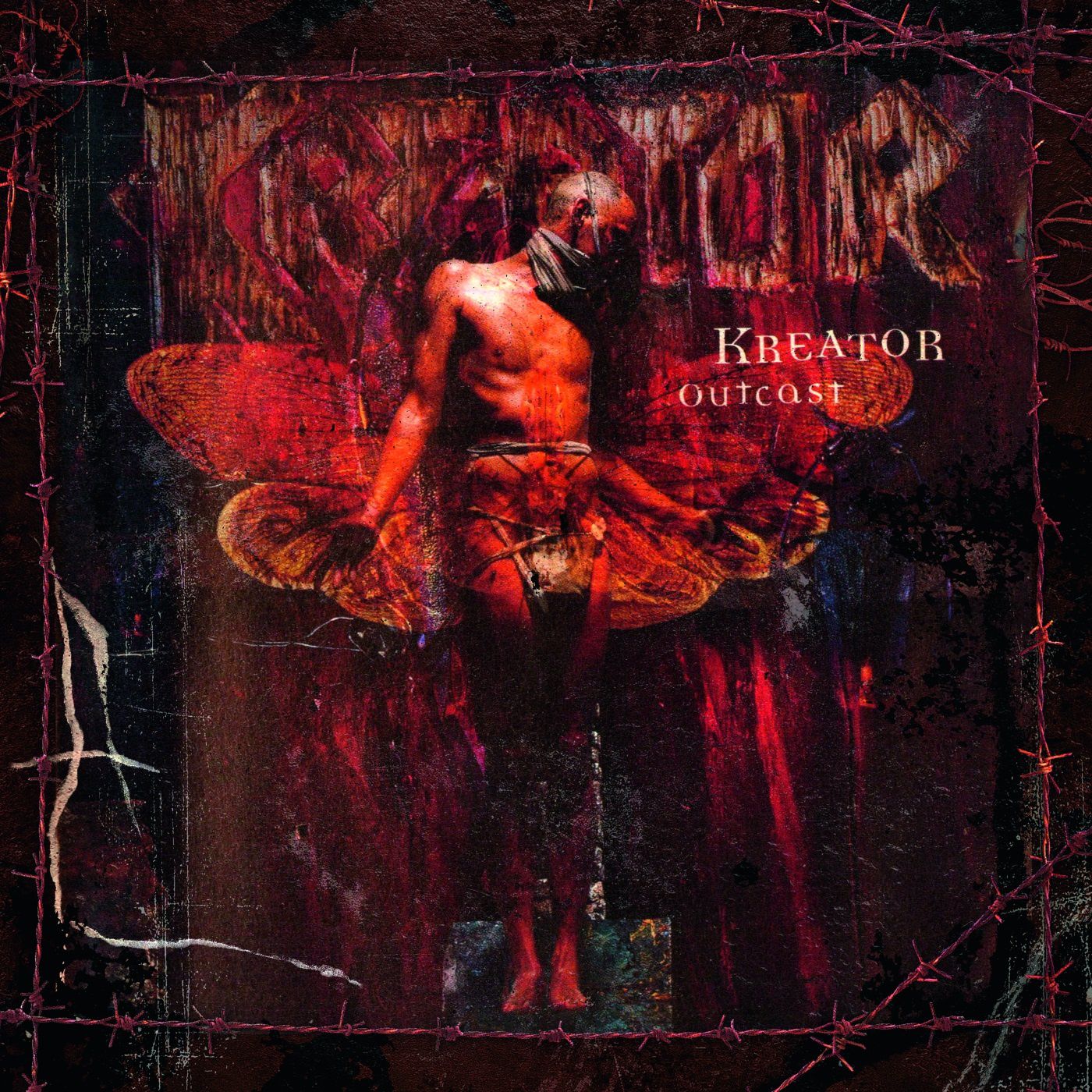 (8/10) “Outcast” was Kreator’s next strike, an album that was released in 1997. Drummer Ventor returned to the thrash powerhouse and also a new guitarist has been hired. Tommy Vetterli joined Kreator and what sticks out with this longplayer is the reduced pace. Kreator was known for extreme metal songs with a high speed approach. It was the furious rage of the early longplayers that fascinated fans and reducing tempo was something that wasn’t appreciated by everybody. No doubt, there are some unusual tracks on the album of with “Black Sunrise” is one. However, the album also contains with “Phobia” one of the best songs Mille ever wrote for Kreator and also “Stronger Than Before” belongs to the highlights on the album.

As with “Cause of Conflict” also “Outcast” comes with a live CD that’s added to the re-release. This time it’s a show Kreator played at Dynamo in Eindhoven, The Netherlands in 1998. The live disc comprises of ten songs and also features a live version of “Phobia” that goes perfectly together with classics such as “Pleasure to Kill” and “Extreme Aggression”.

To sum up. Each these four albums showcases a band that’s experimenting and developing. Some of these experiments have been highly successful (like “Phobia”) while some others were solely needed to evolve. Anyhow, each of these albums was necessary for Kreator to get to where they are today. Kreator isn’t about conformity. Mille and Kreator are authentic and are led their creativity and curiosity without sticking to limitations and restrictions. That’s what these four records stand for and that’s what brought Kreator to the highly acclaimed status they have in the here and now.