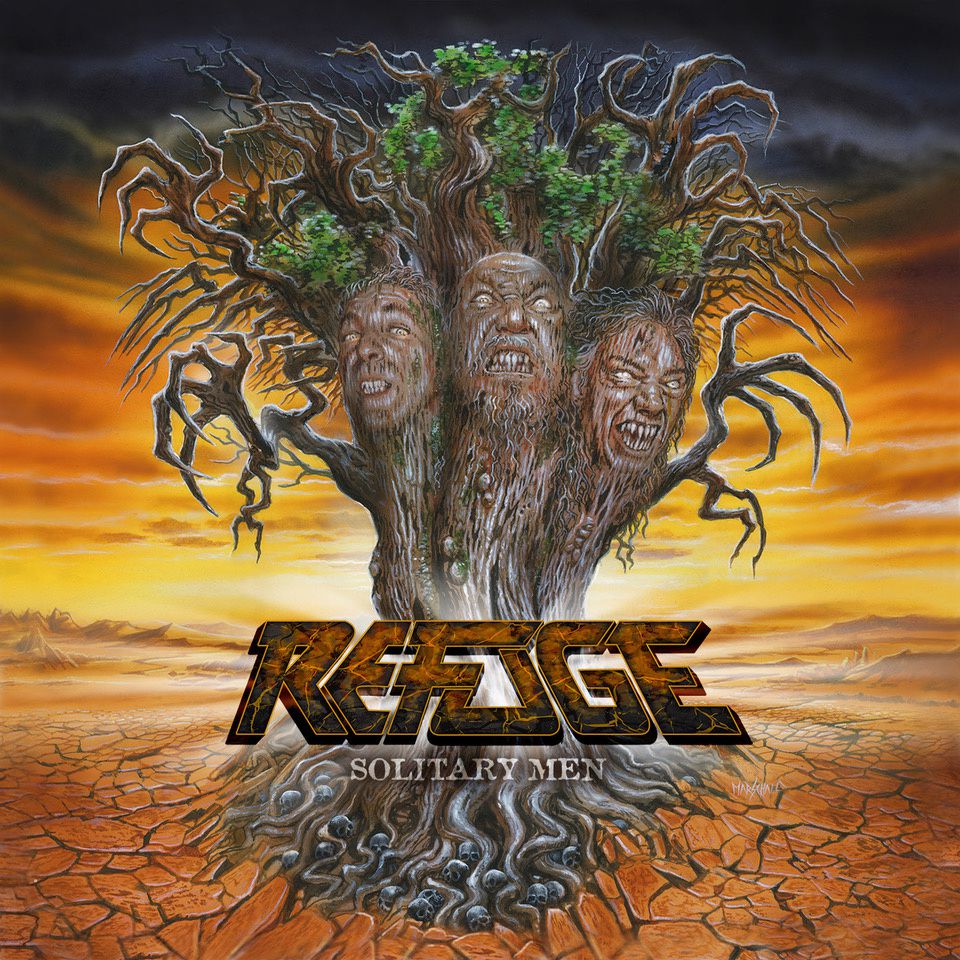 REFUGE marks the reunion of the original, and probably most successful, line-up of the German metal band RAGE, featuring Peavy Wagner, Manni Schmidt, & Christos Efthimiadis. After 1994, when the three originally parted ways, they moved on to work in different bands and follow their own musical path. Peavy kept on with Rage, Manni went to Grave Digger, and Christos off to Tri State Corner. After a long period during which they did not have much contact, the three guys met up again in 2014 and decided to play a secret show in their hometown Herne (Germany), under the moniker “Tres Hombres”. The show was never promoted, apart from word of mouth and social media rumblings and as a result, this show became one where you had to be "in the know", but more than 1200 fans found their way to the gig anyway. The band performed all the hits from their time together in RAGE and loved every second of that gig, getting hungry for more, thus the idea of “REFUGE” was born.

REFUGE played a couple of hugely successful festival shows all throughout Europe in the summer of 2015. The audiences’ reactions to the ‘RAGE – songs of 1988 – 1993’ were truly overwhelming and exceeded all expectations the band had. So, more shows were played in 2016, including three in Japan (Tokyo, Nagoya and Osaka), exactly 20 years after they had played their last shows together, coincidentally also in Japan!

"The band sounds nearly the same like back then, maybe a bit more relaxed, mature, with more individual experience,” tells Peavy Wagner. "But the general vibe is still the same. We know each other blindly. In order to write the songs, we created the same set-up we had 30 years ago. We rented the same rehearsal room and jammed together in a live situation and the magic was back! I'm glad that we could use and finalize some of our ideas from back then, stuff that we couldn´t use in that days for several reasons. The song “Waterfalls”, for example, was always one of my unfinished favourites. I´m proud we were able to bring it to light now, finally!"

What started out as a “fun thing” in 2014 has turned into a real band again. “We want to continue doing this together as long as possible, it is a manifestation of our reborn old friendship and it is a "coming from the heart" thing for us to do it,” concludes Peavy.

Refuge’s debut album, ‘Solitary Men’ is the first album of original material from this classic Rage line-up in 25 years and will surely satisfy fans who remember those now legendary albums! Up the horns for REFUGE!