CD review CORROSION OF CONFORMITY "No Cross No Crown" 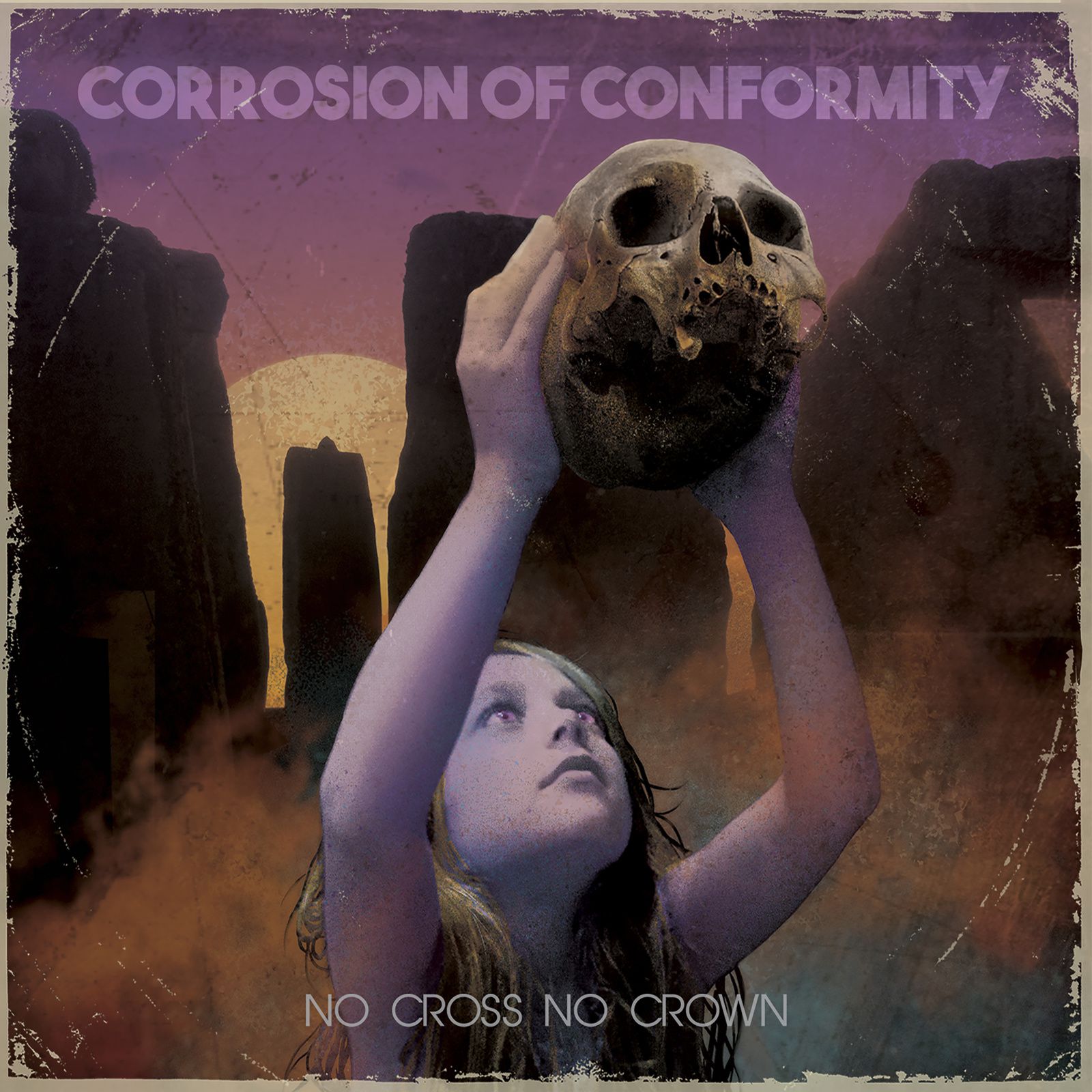 (9/10) One of the first highlights in 2018 will hit the shelves mid-January. Southern doom metal pioneers Corrosion Of Conformity will return with a new longplayer, the first one since 2014. Next to a long waiting time of four years it’s another fact that created even more excitement. “No Cross No Crown” is the first album with Pepper Keenan since the 2005 release "In the Arms of God". The singer/guitarist wasn’t part of the last two records but returned in 2014 to the quartet that also includes Woody Weatherman, Mike Dean and Reed Mullin.

“No Cross No Crown” is C.O.C. tenth studio album and it features 14 new songs. The new record sounds like a seamless continuation of where “In the Arms of God’ ended in 2005. It wasn’t the ambition of the four-piece band to sound like on earlier releases but it shows that the chemistry between the four works very well. It’s the spirit that connects them, a fact that leads to a typical C.O.C. sound that’s also present on the newest strike.

The first song that was written for the album is “Wolf Named Crow”. It’s a typical C.O.C. rocker with heavy riffs and Keenan’s dog named Crow being the centerpiece when it comes to the lyrics.

The album starts slow and calm with “Novus Deus, a one and a half minutes intro. “The Luddite” takes over and stands for the first cornerstone of the album. Down-tuned guitars, a hard-working rhythm section and excellent vocals show C.O.C. at their best. What becomes already obvious that early is the ease that comes with album. Nothing feels forced. The opener, as well as the rest of the album, is done by four guys that follow their passion for great rock songs. Working on “No Cross No Crown” wasn’t a burden or a ‘must’. It’s an album that sounds authentic, organic and real. It represents the dedication of everyone involved and is a pure treat for fans of mighty riff-based rock music.

C.O.C. is best when they reduce pace. Songs like the slo-mo “Nothing Left to Say” is as heavy as hell. This number, but also “Old Disaster”, show the influences of doom legends like Black Sabbath, bands that are an inspiration for the quartet without acting as a blueprint.

What brings extra variation into the longplayer are the smartly placed interludes like “No Cross”, “Matre’s Diem” and “Sacred Isolation”, adding an extra arc of suspense to the album. All three tracks are calmer moments on the album which help to make the heavy songs even heavier.

“No Cross No Crown” is the massive return of Corrosion Of Conformity. It’s a real delight listening to the songs on this extremely well-done album. C.O.C. is back at full force and their tenth album is a ‘must have’ for each metal fan.