CD review THE ERKONAUTS " I Shall Forgive" 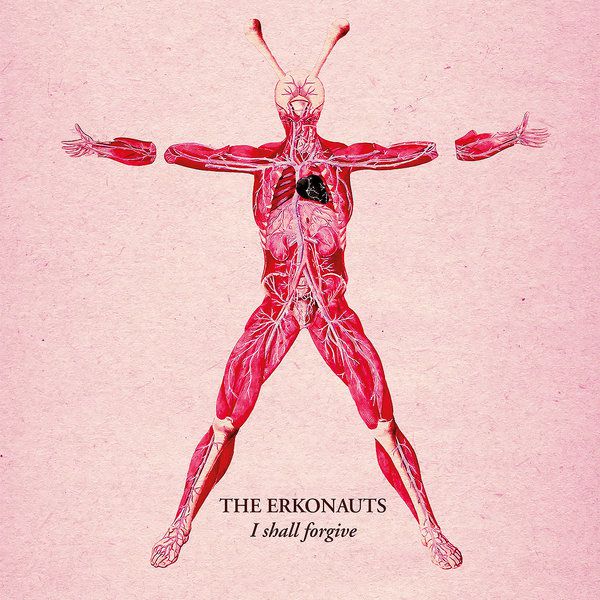 (8/10) ‘Sometimes chicken, sometimes feathers’ – that’s life in general and also the daily experience of a reviewer. Not all releases are a pure delight and receiving an album of a band I haven’t heard before didn't lead to any expectations, neither it inflamed endless euphoria.

Before pressing the ‘Play’-button there’s always the packaging that leads to some first thought and the same goes for the name of a band. OK, I received a CD of a band that calls themselves The Erkonauts which is a rather unusual moniker for a metal band, if they are one. Also the artwork didn’t really fit into the context of Indie Recordings' portfolio which normally contains a lot of real heavy stuff.

Anyhow, who dares wins, meaning in this case ‘press Play’. I did it and to my surprise things sounded actually quite good. The Erkonauts is a band, hailing from Switzerland. Neither being rooted in the Gotthard-like hardrock scene nor celebrating a Celtic Frost-like riff gloominess, The Erkonauts found their own interesting mixture of styles. Metal, punk and rock are all present on the band’s newest album “I Shall Forgive”. Actually there is nothing to forgive since things get out of the boxes very well. The guys hopefully forgive me that I missed the debut “I Did Something Bad”, which was published in 2014.

The Geneva-based band has an innovative approach without re-inventing the wheel. Their songs have an alternative touch that is the common ingredient throughout. They combine this foundation with an immense groove (“The Groove of the Sorry” and “Little Mary”), a dirty street vibe (“Seven Macaw”) and even growls are part of this musical kaleidoscope (“Sappy”). What could lead to a scattered picture is kept together in a good fashion and in a wider sense I was reminded of German Pyogenesis while listening to “I Shall Forgive”. This album is definitely a positive surprise – chicken today.