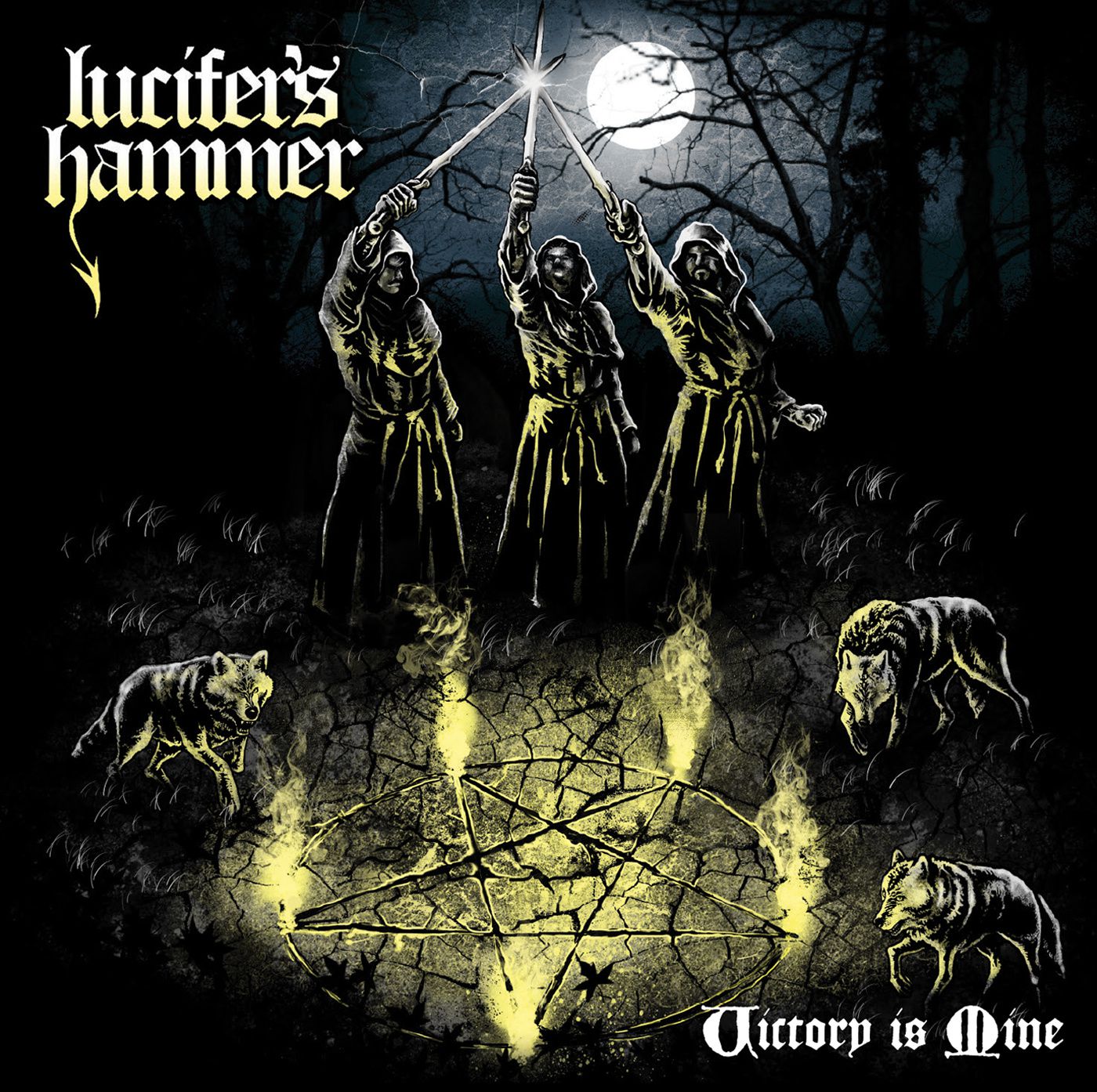 (9/10) Lucifer‘s Hammer is hailing from Santiago, Chile and could be, next to Procession, the next metal band from South America‘s West Coast that could reach a bigger international fanbase.

Lucifer‘s Hammer, that is Titan, Hades and Hypnos. Looking on these psydomeums could give the impresssion of being confronted with harsh black metal - wrong asumption. The trio is into traditional heavy metal being very much inspired by the NWoBHM.

The band started in 2012 and published a debut entitled „Beyond the Omens“ in 2016. To keep the momentum going the trio worked on a next release which is the 4-track EP „Victory is Mine“. I have to admit that I belong to the group of metalheads that missed the debut. The more I was positively surprised of what reached my ears with this disc. Blistering riffs, excellent vocallines, heavy pounding drums and roaring bass brings back memories from a time when Iron Maiden started their incredibely successful metal adventure.

Lucifer‘s Hammer stands for the next generation, celebrating metal that comes from the heart and dark soul. If you want to get an idea of what the band spounds like you should listen to the epic „Thousand Nights“. It‘s a seven minutes anthem that reminds of the „Rime of the Ancient Mariner“. I don‘t need to say more. If you consider yourself as being a real metalhead you should cLl this EP your own.