Power metal pioneers Metal Church are swinging a hot bat at the moment. The latest album “XI” showed that the band is back with full speed after having re-connected the legendary Mike Howe into the bands line-up. The live shows, promoting the new record, have been a delight for old and new fans of the US Westcoast-based metal outfit and also the live album, featuring some songs played during these shows, is more than just living up to a necessity.

I had the pleasure to witness Metal Church’s show during last year’s edition of the Dynamo Metal Fest, which was a well-received metal concert that led to very positive fan reaction with Metal Church definitely belonging to the highlights that day.

Almost a year later Kurdt Vanderhoof and his gang returned to Eindhoven, playing a club show at the legendary Dynamo. This time the band could make use of an entire headliner show, which means 90 minutes of old and new, classics from a period of more than three decades in metal.

Before metal anthems like “Fake Healer” filled the venue, it was up to Comaniac from Switzerland to warm up the crowd. Actually I’m not sure how much this was needed based on a summerly outside temperature of 30 degrees Celsius. However, the quartet from Aargau did a great job and instead of enjoying the weather as long as possible, quite some metalheads filled the room already during Comaniac’s thrash metal attack. This show gave the four-piece band the great opportunity to reach out to a wider group of metal fans and they took the chance. After the obligatory stage rebuild, done very efficiently, it was time for the headliner. Metal Church made it clear from the beginning with the very first song played – this afternoon (the show began at 17:30) is about pure metal with “Fake Healer” being the very well-chosen opener, followed by “In Mourning” from “The Human Factor” and the new “Needle and Suture”.

Next to the great songs the band had on their setlist, it was the enthusiasm of the five band members that made this gig to a true metal feast. It felt like Vanderhoof, Howe, Unger and van Zandt enjoyed every minute on stage and also the new band member,  powerhouse Stet Howland on drums, was more than integrated into the line-up. It felt like these guys having played together since ages. The quintet obviously enjoys what they are doing with no ego dominating the scene. Metal Church presented themselves as a rock-solid unit that came to rock.

It was a very powerful version of “Beyond the Black” that rounded of a main set before the band returned on stage for more. “Badlands” was the first out of two tunes, planned for the encore and it was “The Human Factor” that should act as the glorious end of the show. I guess you can sense it already, something happened. Right, after having played the first chord of “The Human Factor”, Vanderhoof’s guitar couldn’t be heard anymore. After a few moments of confusion the root cause for this became very clear. This thrilling Metal Church show was too much for Vanderhoof’s amplifier to handle and conked out. Fortunately it was right in front of the last song and fans had to live with the situation of not having heard “The Human Factor” that night. It was an unusual way of ending a show and a unique one too. However, it was something fans could handle due to an otherwise excellent metal concert. That’s rock’n’roll, that’s live and that’s how we like it. Horns up. 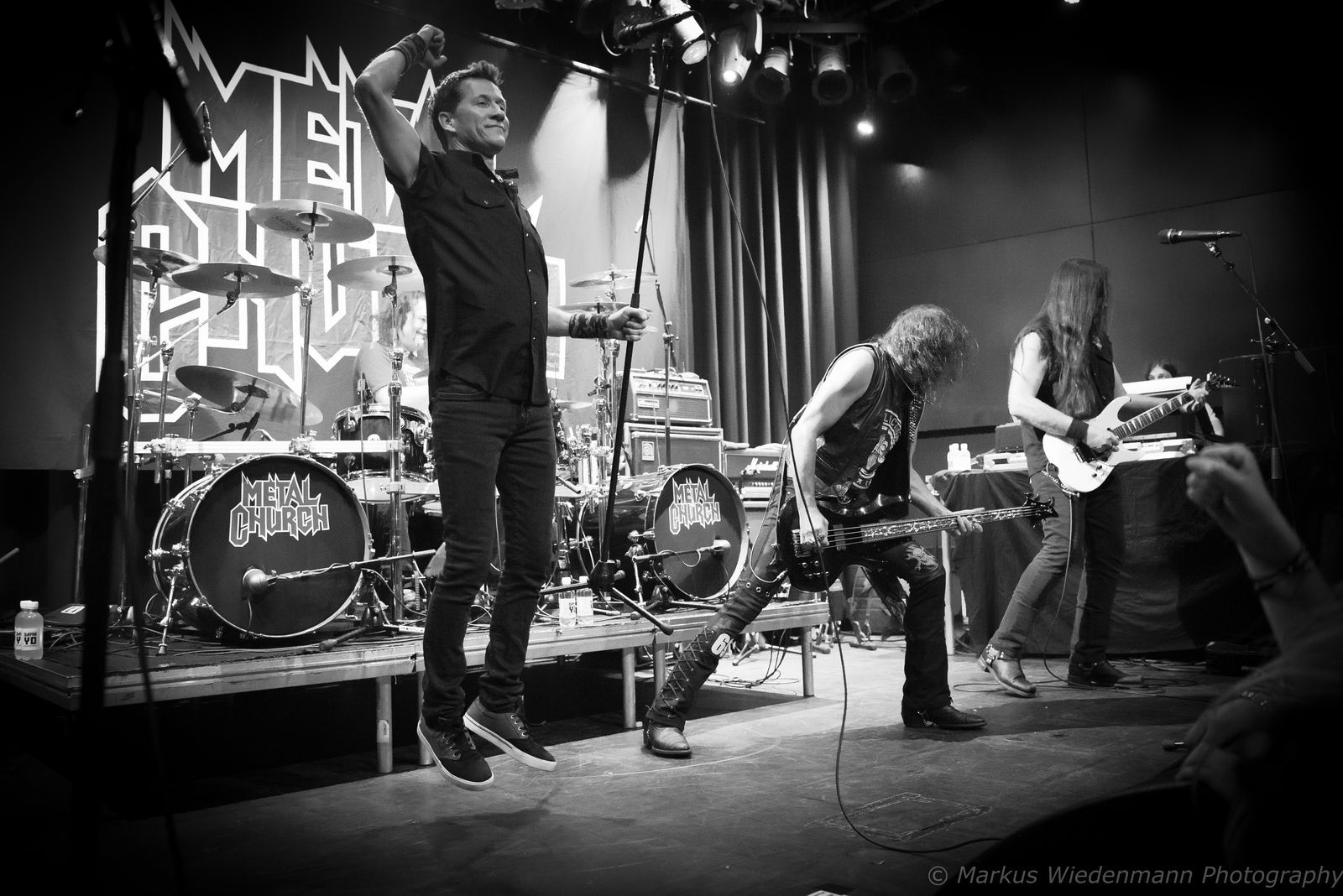 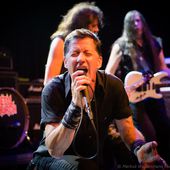