(8/10) In 2015 Bergen-based metal Vikings Enslaved embarked on a trip to The Netherlands. The purpose for this trip was the bands participation at Roadburn 2015 and even more – Enslaved guitarist Ivar Bjørnson curated this years festival edition.

The band performed twice, with the concert that was recorded for this release featuring the show on April 11th, 2015. "Roadburn Live" is by the way the first live album that Enslaved released up till now and stands for another highlight in the band's rich musical history. The guys from Norway played eight songs that night, each of them paying attention to the newer material of the band. Special highlight, next to the awesome tunes, is the guest appearances. No less than Waldruna’s Einar " Kvitrafn" Selvikfor “Daylight”, as well as Aðalbjörn Tryggvason from Sólstafir and Per Wiberg added some part to the total with their involvement leading to an extra when it comes to expression and intensity. Selvikfor also did some vocals on “Convoys to Nothingness” and in the end of the gig Enslaved included a cover song which was as also done with a guest. Led Zeppelin’s classic rock masterpiece “Immigrant Song” was performed as the closer of this show, supported by Focus’ Menno Gootjes. It's the first time ever that Enslaved recorded a cover version and we can conclude that the experiment worked out well. All these highlights are captured on this vinyl version that was released on record store day in conjunction with this years Roadburn festival.

The limited vinyl version came as gatefold with two golden records. Maybe ‘golden’ is a bit of a big word since it’s more a kind of yellowish beige rather then a shining gold color. However, that doesn’t limit the joy of listening to each of these eight songs after having hung up the A3 poster as additional wall decoration. This album contains great songs that have been performed in a special scenery - all in front of enthusiastic fans. And the fact that Jens Bogren did that mastering with  Iver Sandøy doing the mix means aso a perfect sound level when it comes to live recording. "Roadburn Live" is a very-well done release that's exciting for fans and rookies 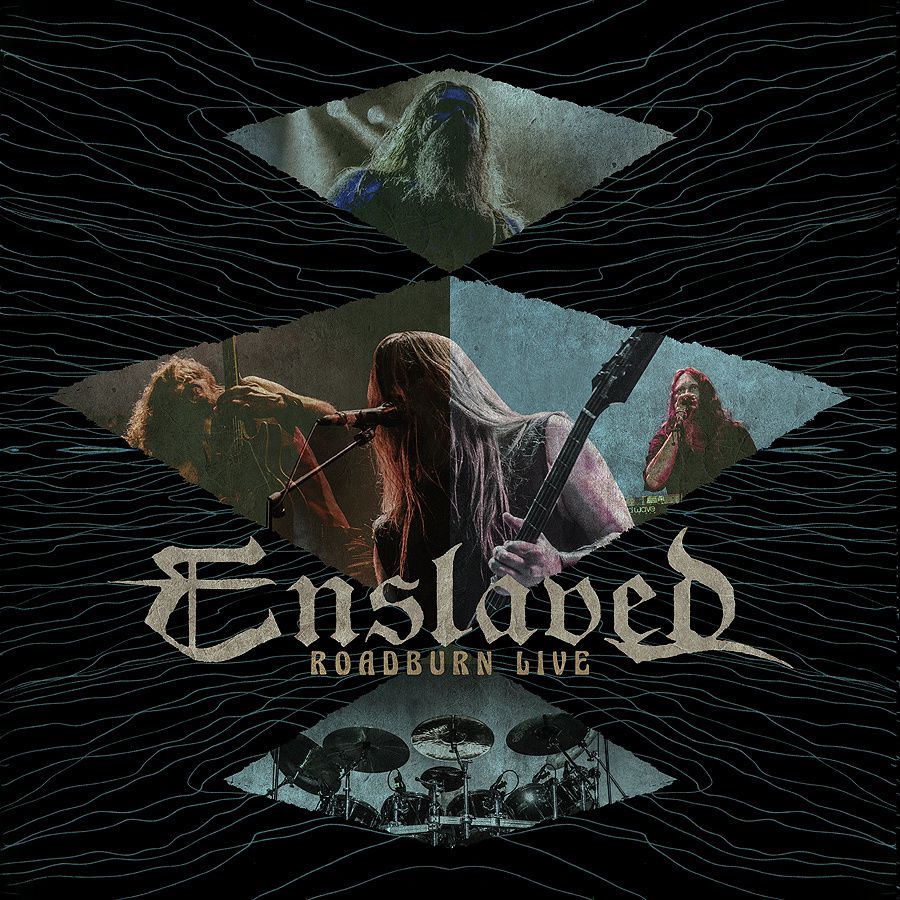