CD review VALLENFYRE "Fear Those Who Fear Him"

(9/10) “Fear Those Who Fear Him” is already Vallenfyre’s third release and I’m not sure if such a successful continuation was planned from the very beginning. Greg Mackintosh, guitarist and founding member of Paradise Lost, started Vallenfyre in 2010. Working on the debut helped the guitarist to handle the death of his father; it was a helpful outlet in a period of sadness and grief work. I think that this made the debut “A Fragile King” to something special. It was more than just an album, it was a release that was build on human emotions. What followed the release have been very positive fan reactions and excellent media feedback. Vallenfyre unveiled again the roots of death metal while Mackintosh’s main band Paradise Lost shifted more towards gothic influenced dark metal.

Based on these positive reactions Vallenfyre continued their work and released the sophomore “Splinter” in 2014. Two years later, on June 2nd 2017, the band will reveal their newest record “Fear Those Who Fear Him”.

Let’s start from outside in. The first thing that’s genius is the name of this record that also goes very well together with the artwork, done by Hal Rotter. Both, title and artwork, provide a perfect framework for what you can expect from the music. Each of the twelve songs is a heavy and rude masterpiece. Vallenfyre doesn’t pay any attention to compromises or conformity. This album isn’t made for gaining new fans. A growing fan base results more out “Fear Those Who Fear Him” being an authentic matter of heart. It’s loud, it’s brutal, it’s angry, it’s fragile … it’s human.

The before mentioned describes the basic mood on the album, a vibe weaved into each of the tracks. What varies though quite a bit is the length of each of the songs. On the one hand there is the short and aggressive “Dead World Breathes” which is a one minute metal attack per excellence and there are more of those. The album comes with additional brutal assaults like “Nihilist” being another example.

Next to these spot-on wrecking balls there are the elegiac numbers present on the album too. Songs like “An Apathic Grave” and “Cursed From the Womb” are slowly paced doom death numbers that get close to funeral death. Is it the brutality that characterizes the fast tracks, it’s the baleful melancholy and sadness that creates fascination for the epical songs.

To conclude: “Fear Those Who Fear Him” has a lot to offer. It’s Vallenfyre’s third longplayer, standing for a seamless continuation of what the band started in 2010. This album is big, something you shouldn’t miss. 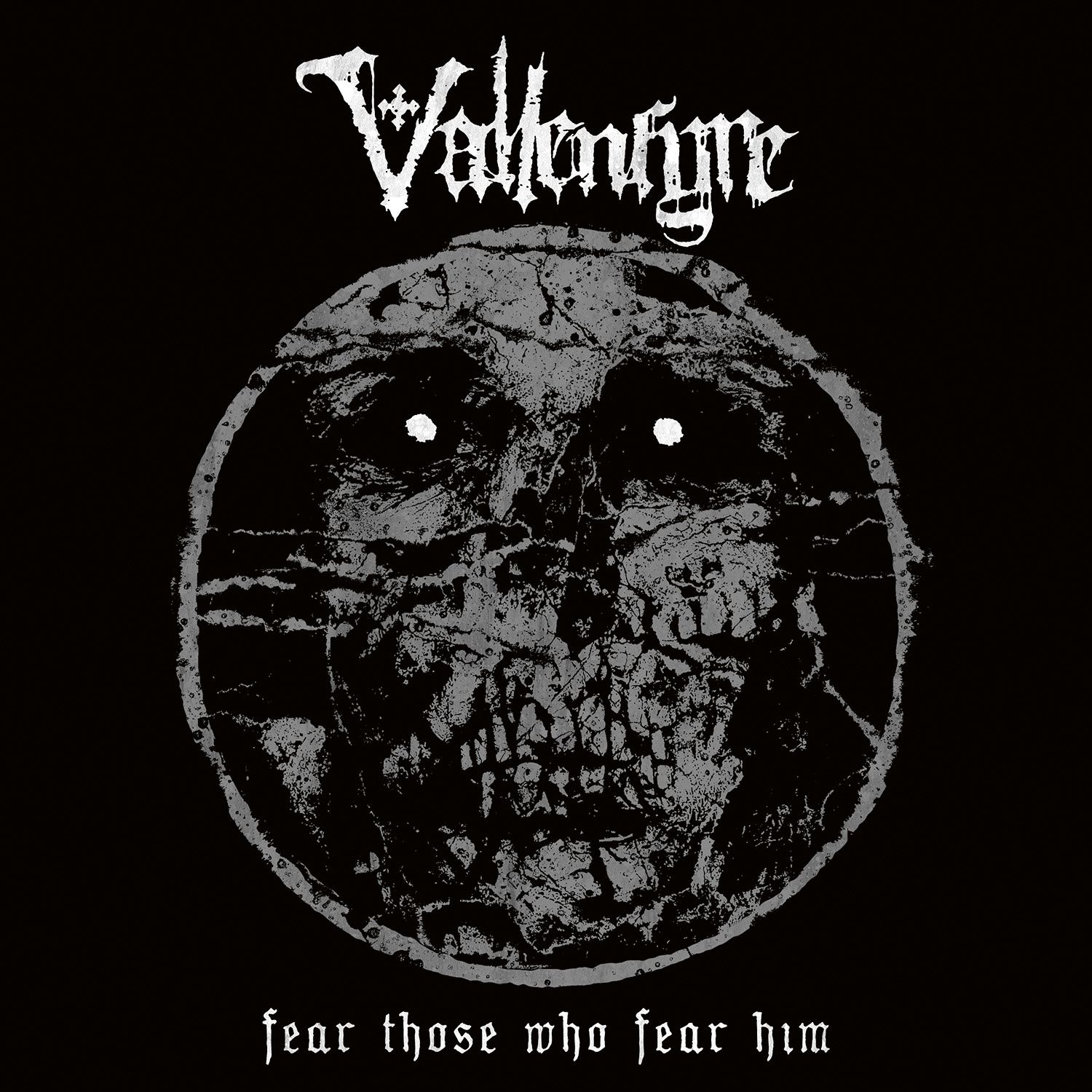