Dream Theater belongs to the group of that had and have a major impact on an entire music genre. In their case it's progressive metal that wouldn't be where it is today without the quintet from North America. Starting their journey in the second half of the 80', at that time under the banner of Majesty, the guys gained popularity in the 90's. Grunge, rock and pop music was dominant in those years; a fact that didn't make it easy for a metal band to start off. However, Dream Theater was one of the few bands that took the challenge, being since then a constant factor in metal. "Images and Words" was the band's sophomore album and after starting quite slowly it evolved to a break-through record for the band. That was 25 years ago and what seems more natural than celebrating it with a anniversary tour.

It wasn't a too long time ago that the NY-based progressive metal enthusiasts  played in Tilburg, The Netherland. As being a part of their current "Images, Words & Beyond 25th Anniversary" tour the guys performed a show at 013 in Tilburg on February 8th this year. Another show in Holland was planned for April 25th in Amsterdam which was, based on production reasons, moved to Tilburg. The band took this with humor with James LaBrie saying that the band probably would have got lost on the way to Amsterdam.

Since the first show was sold out this concert gave even more Dream Theater fans the chance to join the band on a musical journey that was mainly built on the earlier mentioned "Images and Words" album from 1992. Following the fantastic debut it was the sophomore album that included James LaBrie as the new singer and frontman of this highly influencing metal band. During the show guitar wizard John Petrucci talked a bit about these days when the band was looking for a new frontman which was a nice anecdote to listen to. Even if the band focussed on the music there were more of these moments when the band talked about the time 25 years ago with travelling in a van, touring through smaller clubs and so on. This short stories spiced-up an evening that was dedicated to music in perfection.

Following the momentary trend of playing iconic records in its entirety, Dream Theater decided to give this longplayer a new stage as being the center piece of this tour and this show. But before the prog metal milestone delighted the fans it was a a kind of 'best of' set with songs taken from the entire Dream Theater back catalogue. On exception though; the outstanding debut "When Dreams and Days Unite" didn't get a song on this nights setlist, which is a bit of a pity since track like "A Fortune in Lies" are pearls of prog metal; tunes that brought the band some first appreciation. Anyhow, songs like "As I Am" and "The Bigger Picture" are great stuff too, creating a scenery for the second act that night.

After having been on stage for more than an hour it was a 20 minutes break for band and fans, time for some refreshment. It almost felt a little bit like Dream Theater being their own support act with the best that was yet to come. "Pull Me Under" is the opener on "Images and Words" and I think it's THE Dream Theater song. It was also the foot in the door for the bands entire career. After the album had a slow start in the beginning, it was "Pull Me Under" that got some airplay on college radio, followed by country radio stations who picked up the song and made it even more popular. Regardless how often you hear this tune, it keeps its excitement and magic. It's the best song the band ever wrote and it was the one that kicked-off this night with an outstanding "Images and Words" performance.

I don't go into detail of each of the songs from the album because you all know them and the performance was as good as all the other tracks played that night. One thing I would like to mention though and that is the drum solo Mike Magnini did. I have to admit that I'm no fan of these solo parts because mostly another song would have been the better option. Not in this case. What Magnini did was very impressive and treat for ears and eyes. Sitting in the spotlight behind a mighty drum kit, the guy included everything in his drum solo - from silent moment in which yu could have heard a needle falling to hard-hitting parts that made you doubt if this man has just two arms and feet. Very well done I must say.

After such an impressive look back in time the encore was not less exciting compared to what fans got served up till now. The band played all seven chapters of "A Change of Seasons", which makes sense. This song comes out of the "Images and Words" session and just didn't get on the longplayer because the label didn't want to take the bold step of releasing a double album. Fortunately the song was newly recorded a few years later and hit the shelves as an exciting EP that also included some well-done covers versions. In these terms it was almost a no-brainer that Dream Theater has chosen this 23 minutes composition as the encore, finishing an evening that underlined why the band belongs to the heavy influencers in modern progressive metal, being a reference for many younger bands.

Dream Theater is still playing in a league of its own. Even though the more recent records couldn't get close to the iconic early albums the band's still a unit that gives individual capabilities, passion and talent a common platform, leading to jaw-dropping moments for fans of excellent rock/metal music. 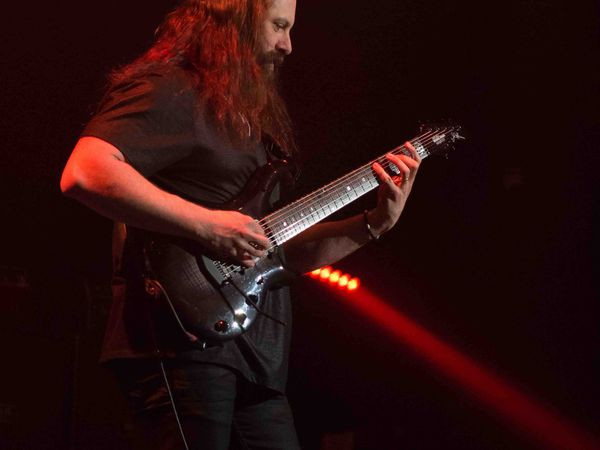 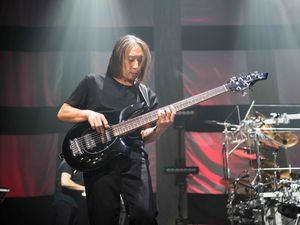 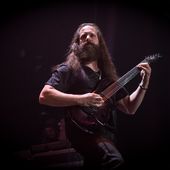