(9/10) European death metal had to suffer from some losses over the last months, bands  like the legendary Bolt Thrower who decided to stop after having lost their friend and drummer Martin Kearns. After all this sad news there are also positive signs. Dutch metal pioneers God Dethroned worked on a new album and it will help to wipe off some of the tears.

God Dethroned's way forward was a bumpy one. The band that released excellent albums in the fields of death metal had to handle many changes in the line-up with mainly Henri Sattler as the tower of strength. It seems that the current line-up becomes a more stable one, leading to a great death metal album that belongs to the best ones God Dethroned has published up to date.

"The World Ablaze" rounds off a so far unfinished trilogy about World War 1. "Passionsale (Passchendaele)" was the starting point in 2009 followed by the well-done "Under the Sign of the Iron Cross". It was not even certain if Sattler and his comrades would be able to take the final step. The band decided for a break after the second chapter of this trilogy and fortunately fans can enjoy the last chapter after seven years of waiting.

The new longplayer is a masterpiece in death metal. God Dethroned releases a sonic wrecking ball that tears down everything that gets in its way. "A Call to Arms" is the first chapter and is an intro. It's preparing the listener with melodic guitars for what comes next - nine metal songs that are jaw-dropping good.

"A Call to Arms" is follow by four raging metal assault with the title track as the hero. Speed and intensity qualifies this song as being the name giver for the entire release. God Dethroned adds many aspects to their sound. Mostly furious and fast the bands always includes melodic guitar section like in "Close to Victory". This helps to break up a pattern by adding more dimensions to each of their songs.

"Konigsberg" is the silent middle part of the album and feels like an oasis within these furious 41 minutes of music. In the end it's not more than the prelude for the slowing building up "Escape Across the Ice (The White Army)". God Dethroned reduces speed a lot which gives the tune a slightly different expression. Each note of this song captures the bane of war, something that continues with "Breathing Through Blood". It's amazing how many facets of death metal are included in these songs. The galloping “Messina Ridge" adds another one before the monstrous "The 11th Hour" kicks-off the final chapter of this passionate longplayer. What benefits the album too is the excellent sound that was provided by Dan Swano himself.

To sum up: "The World Ablaze" is an excellent death metal release. It's a longplayer that's brutal in its approach and sound, while giving enough space to melodic leads and various tempos. Excellent work. 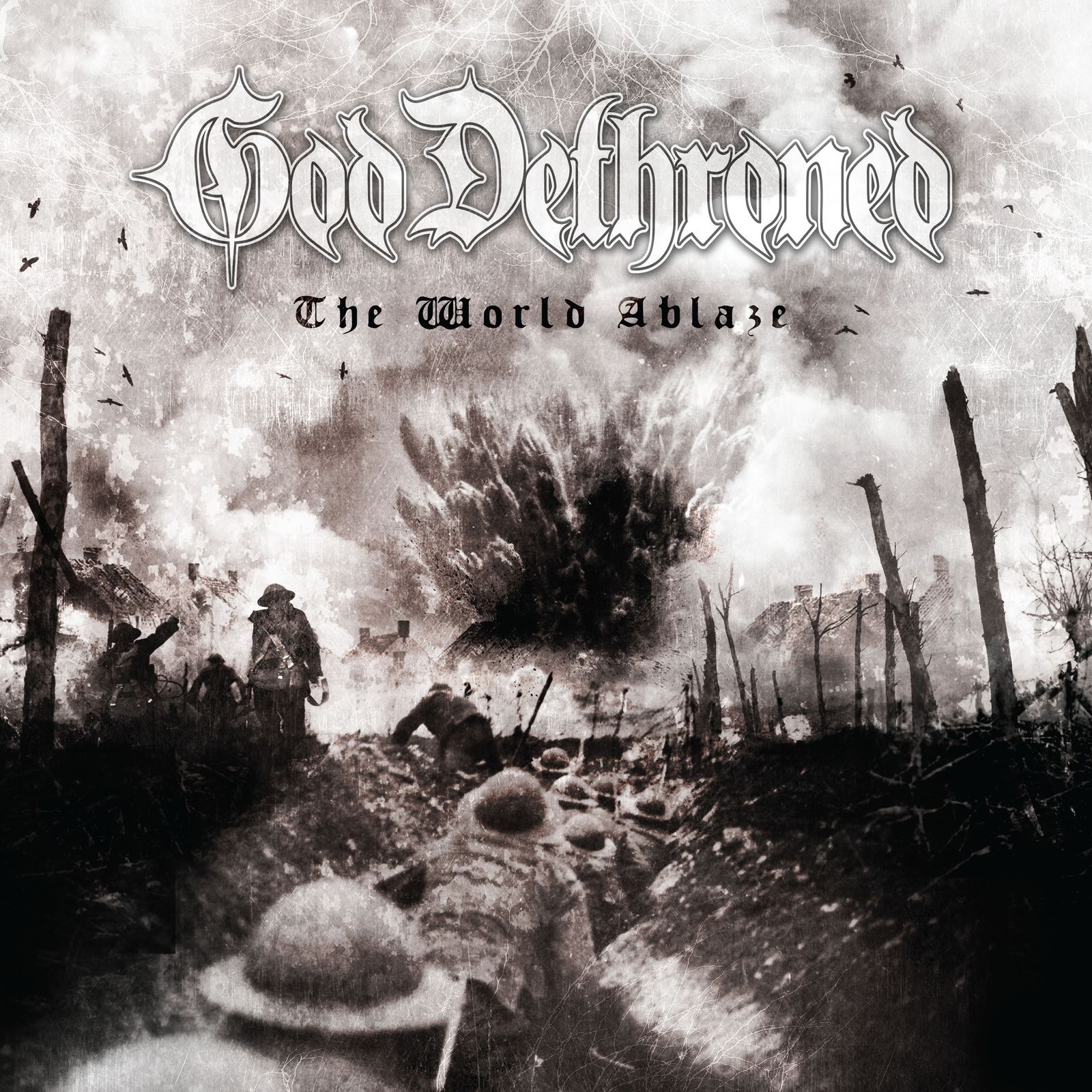