(9/10) Now, Infernäl Mäjesty isn’t one of these bands overloading the scene with new releases. Even though the band started back in 1986, the guys from Toronto, Ontario didn’t manage to release more than three longplayer up till now. However, the band and the earlier releases created a hype in the underground and especially the debut “None Shall Defy” is one of these underestimated classics in metal that you should have as a part of your serious metal collection. However, Infernäl Mäjesty never made it to the top and that’s maybe one factor for the energy the thrash metal veterans spread on their newest album, which is their fourth studio-release.

“No God” is the title of an album that is furious and wild. The five-piece band from Ontario celebrates with this album their 30th anniversary but even though the guys got older they are still very hungry for raw metal.

The quintet spend one year on working on “No God” and every minute was well spend time. The eleven songs belong to the highlights of 2017. On the one hand Infernäl Mäjesty has this old school vibe while not only referring to the old days. They added a modern touch to their music, which makes “No God” to a dynamic and powerful thrash metal release.

The longplayer doesn’t come with any filler. Infernäl Mäjesty ignites a thrash metal firework of which songs like “Sign of Evil” are real rockets that unveils their beauty with a blast.

Another song that’s worth to be mentioned is “Another Day in Hell”. Starting quiet with some acoustic guitars, it’s a mighty riff that smashes the silence into pieces and marks the starting point of a racing thrash anthem. Also the vicious “No God” belongs to the shining pearls on this longplayer, followed by the short interlude “False Flag”, with some sequences of the 9/11 news reports, that is spot-on and fits perfectly into the context of this album.

Infernäl Mäjesty releases with “No God’ an album that I haven’t expected to be so strong and energetic. This longplayer is at least as good as the band’s debut, if not even better. “No God” has for sure a ‘wow’-factor – actually it has eleven ‘wow’-factors. Horns up. 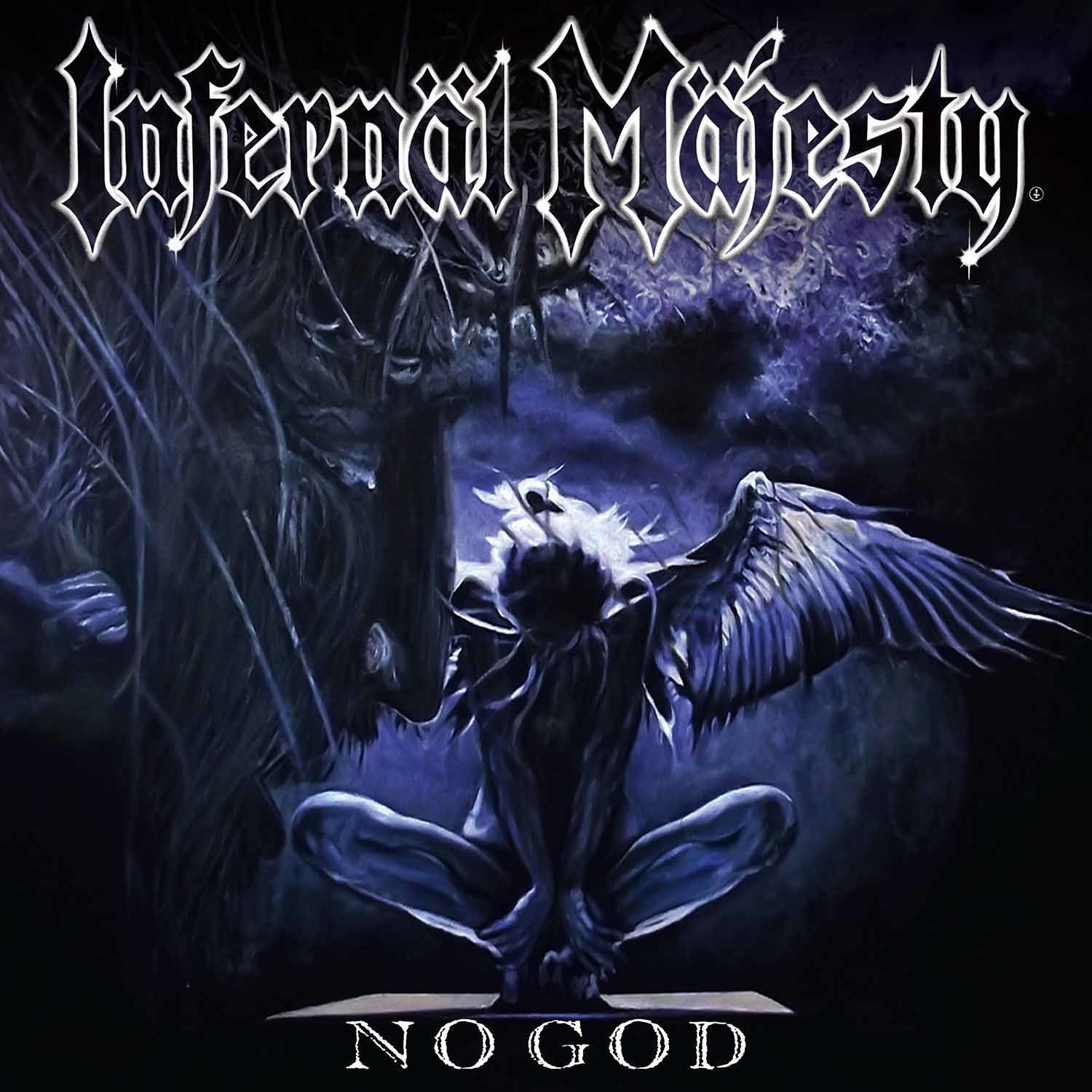