(7/10) German death metal outfit Nailed To Obscurity worked on a new longplayer which will be the band’s third record in a 10 years period of time. Starting in 2005 the guys released a first demo the same year, followed by the debut “Abyss” in 2007. Six years later it was “Opaque” that saw the light of day. The band cut the time in half for their newest longplayer, “King Delusion” that comes beginning of February.

Nailed To Obscurity, that’s Jan-Ole Lambertu (g), Volker Dieken (g), Jann Hillrichs (d), Carsten Schorn (b) and Raimund Ennenga(v), the latter joining the band in 2012. This quintet signed being responsible for the eight new songs that made it on the album.

Nailed To Obscurity is into melodic death metal that's more than just blindfolded heading for brutality and heaviness. The album comes with songs that also include some more silent moments with clean vocals and longer instrumental sections that show quite some virtuosity. I was reminded of bands like Amon Amarth and Arch Enemy when I listened to "Kind Delusion". "Deadening" instead has more of the earlier Moonspell, focusing on a gloomy and melacholic vibe.

In general tunes are longer than one might expect. There is though the atmospheric two minutes long "Apnoea” as kind of intro for "Deadening", but sounds like this are more the exception than the rule. Most of the tracks are beyond the six minutes with “Uncage My Sanity” as a core of the album. It’s a twelve minutes long number which gives the full overview of what you can expect from Nailed To Obscurity. Mean death metal parts go along with harsh growls, turning into more silent moments that are moody and melodic. If you want to get an idea what "King Delusion" can offer you just need to check out this epical number.

Actually it’s quite impressive what this quintet has to offer on their newest studio longplayer. If the third album is a crucial one for a band’s future, then I guess we will hear much more of Nailed To Obscurity during the coming years. 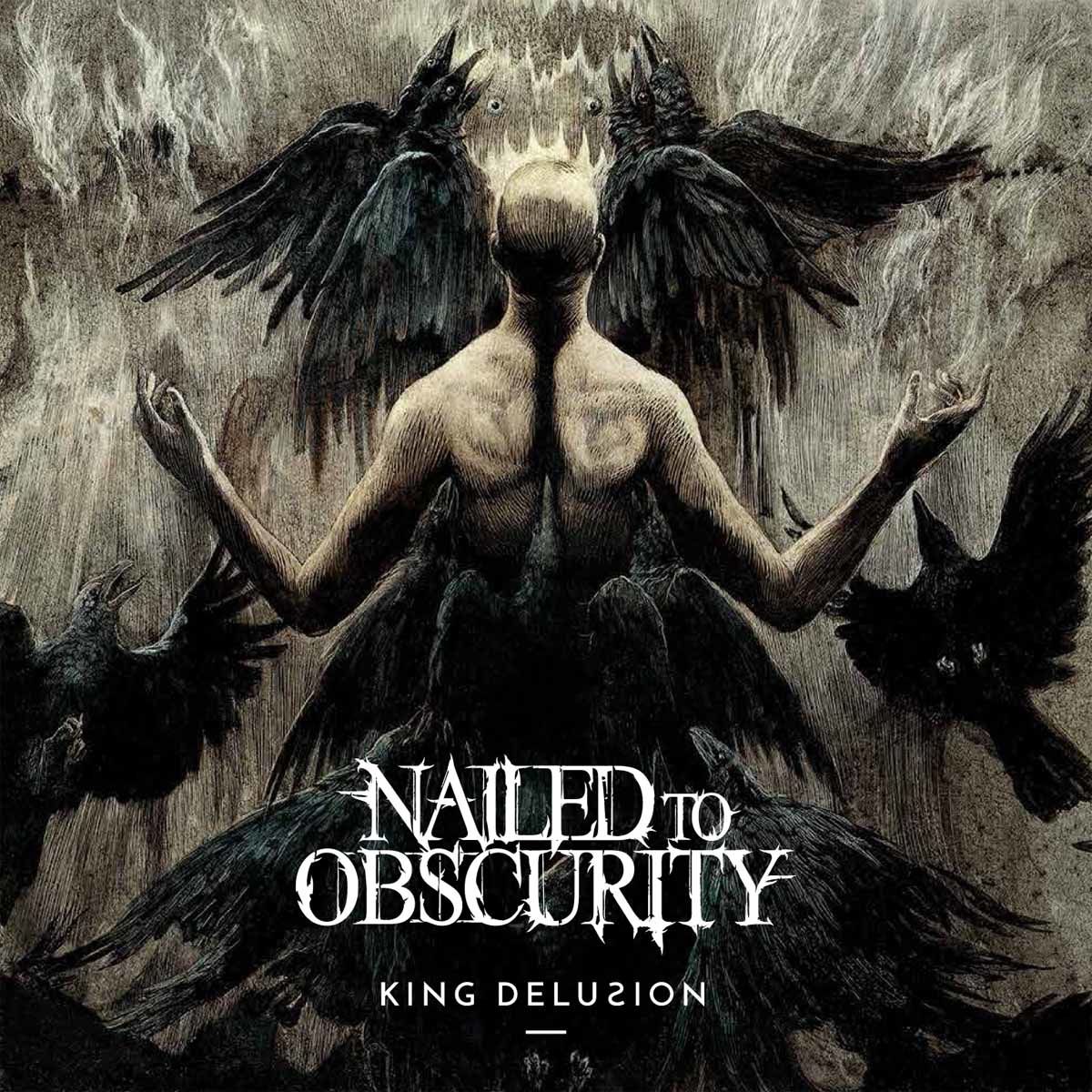