It might become a tradition that Finnish Amorphis embark on a smaller winter tour around Christmas, celebrating the anniversary of milestone albums. It was two years ago when the guys played a few shows between Christmas and New Year’s Eve, focusing on the entire “Tales From the Thousand Lakes” album that was at that time released 20 years ago. This year the six-piece band puts another album into the spotlight. It was back in 2006 when Amorphis released with “Eclipse” another masterpiece, so a ten years anniversary party.

As in 2014 (it was Avantarium) also this year the support act for these shows was very well chosen. It’s Long Distance Calling from Germany that got the role as special guest for this tour, a package that at first glance seems to be quite different. However, after having seen the show I must say that both bands fit together very well which was also proven by the audience that filled-up the venue already during the set from the Muenster-based band.

Actually it was the second time this year that the four guys came to Tilburg. After having played a headliner show in the smaller out of the two rooms at the 013 the band came back this time with a six track opening show. It felt like the band’s growing their fan base since the venue was already quite packed when the quartet entered the stage at 20:00. Compared to last time, when they had singer Petter Carlsen joining them on tour, Long Distance Calling only played instrumental songs this time. However, I don’t think that anybody who was attending the show missed the ‘vocal songs’ since the band started a progressive rock firework that was highly appreciated be the crowd. Songs like the might “Trauma” are excellent and work perfect as being a part of a live show. The band unleashed a lot of energy that was immediately pick-up by the fans. Long Distance Calling was more than an opening act that night. They played an gorgeous show that night that asks for continuation. Hopefully they’re coming back to Holland in the not too far future. 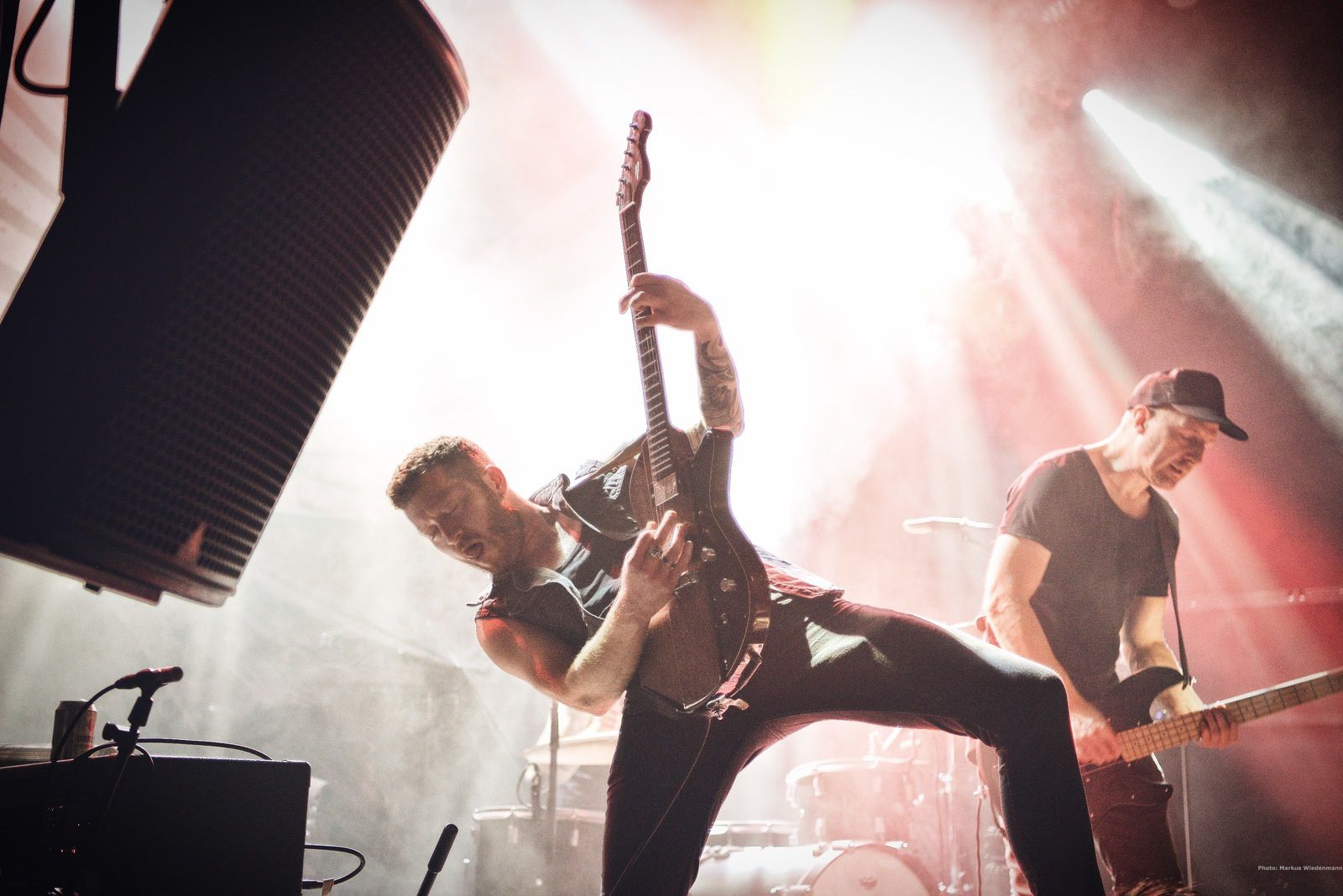 After the standard 30 minutes break it was time for some Finnish metal by Amorphis. The scenery was kept simple and straight-forward. This wasn’t a too big of a surprise since space was limited, considering a six-piece band that had to fit on this quite small stage. However, the guys used every centimeter and obviously enjoyed themselves playing a 90 minutes show in Tilburg.

After an intro, “Kullervo”, the band from Helsinki started with “Two Moons”. This song is the opener of the “Eclipse” album followed by the other nine tracks in chronological order. Each of the ten tunes is a little highlight in itself with “Brother Moon” standing out even a bit more. Since “Eclipse” was released almost one decade after “Tales from the Thousand Lakes” hit the shelves, the entire set was less oldschool tha two years ago and reflected more the current Amorphis sound. The harsh death metal moments have been very limited since the band didn’t go too far back in history. “My Kantele” from 1996 was the ‘oldest’ tune performed that night – in an acoustic version.

And of course it has been two highlights at the end that closed this metallic evening. “Skyforger” and “Silver Bride” both belong to the best Amorphis songs and therefor act as a worthy grand finale.

Like said in the beginning, this kind of winter tours isn’t a tradition yet, but let’s see if things find a continuation next year. There would be a good reason since the debut “The Karelian Isthmus” faces its 25 years anniversary – so, why not…. 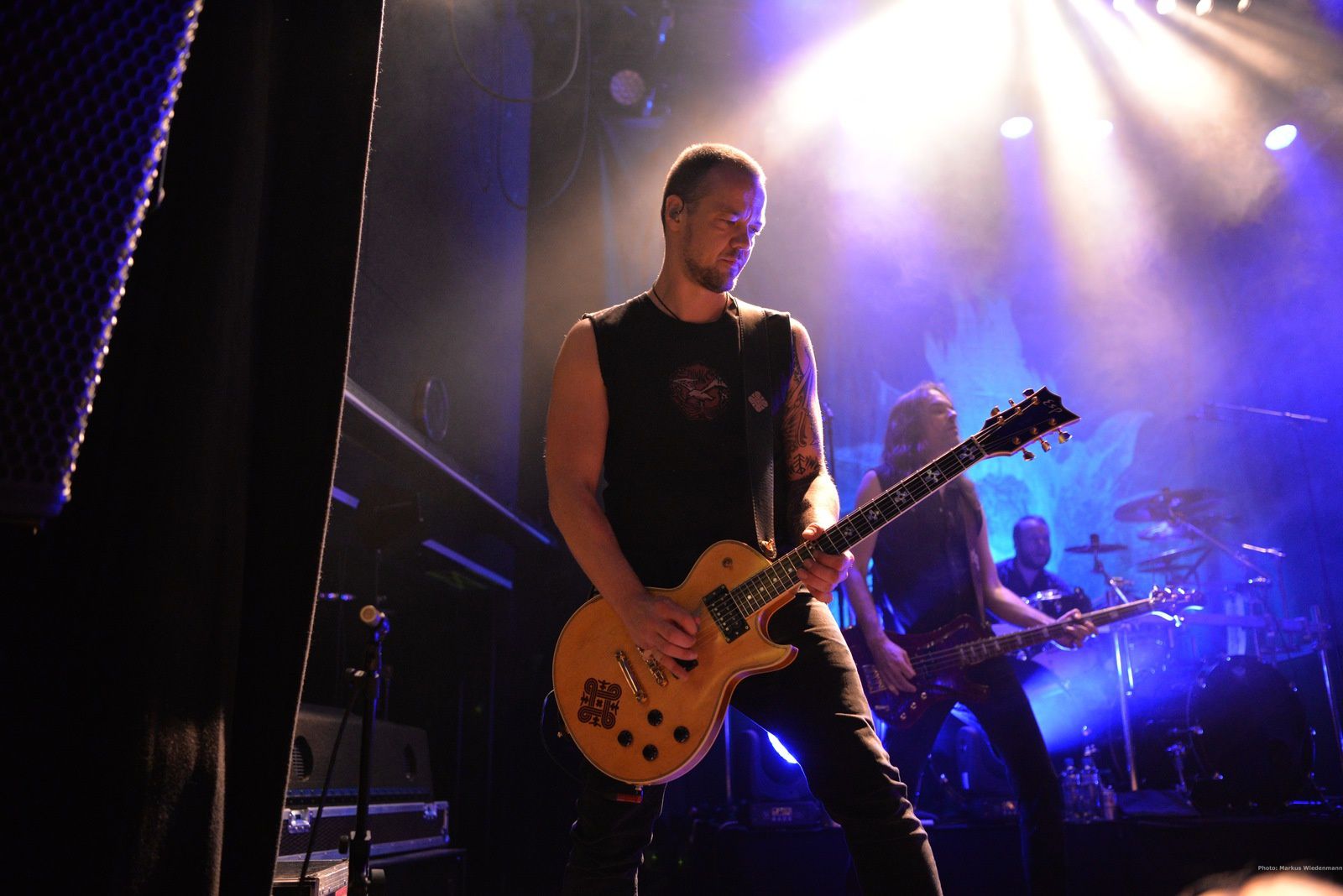