When Swedish black metal dinosaurs Dark Funeral hit the road for touring through Europe you better take the chance and visit one of the shows the guys added to their darkened roadmap.

After having released a new album, the first one in a six years period of time, Dark Funeral embarked on a tour through quite some European countries, an endeavor they put under the banner of “Shadows Over Europe”.

From the beginning it was planned to have a three bands package on the road. Next the headliner, Brazilian Krisiun and Deserted Fear have been announced as being the support for those shows. A few days prior to the tour start the news was announced of the German death metal gang not being part of the this package anymore, something the guys from Eisenberg heavily regretted, since it was, according to them, a decision that was out of their area of influence.

So it was up to Krisiun to open this evening and the trio did a great job, using the 60 minutes they got very well. During the first songs there was quite some space left in the venue, but with each note played the Gebr. de Leiden got more filled up with fans.

Krisiun felt like a musical steamhammer that night. This death metal machine worked like a clockwork with a sound that was nuanced, loud and clear. Also the setlist didn’t leave much space for unfulfilled wishes. The songs performed the night covered the entire era of the Brazilians, including “Black Force Domain” and “Forged in Fury", but also the very early “Apocalyptic Revelation” release. And on top of all this Krisiun played with “Ace of Spades” a brutal version of the Motörhead classic, a moment when the venue turned into a real madhouse. 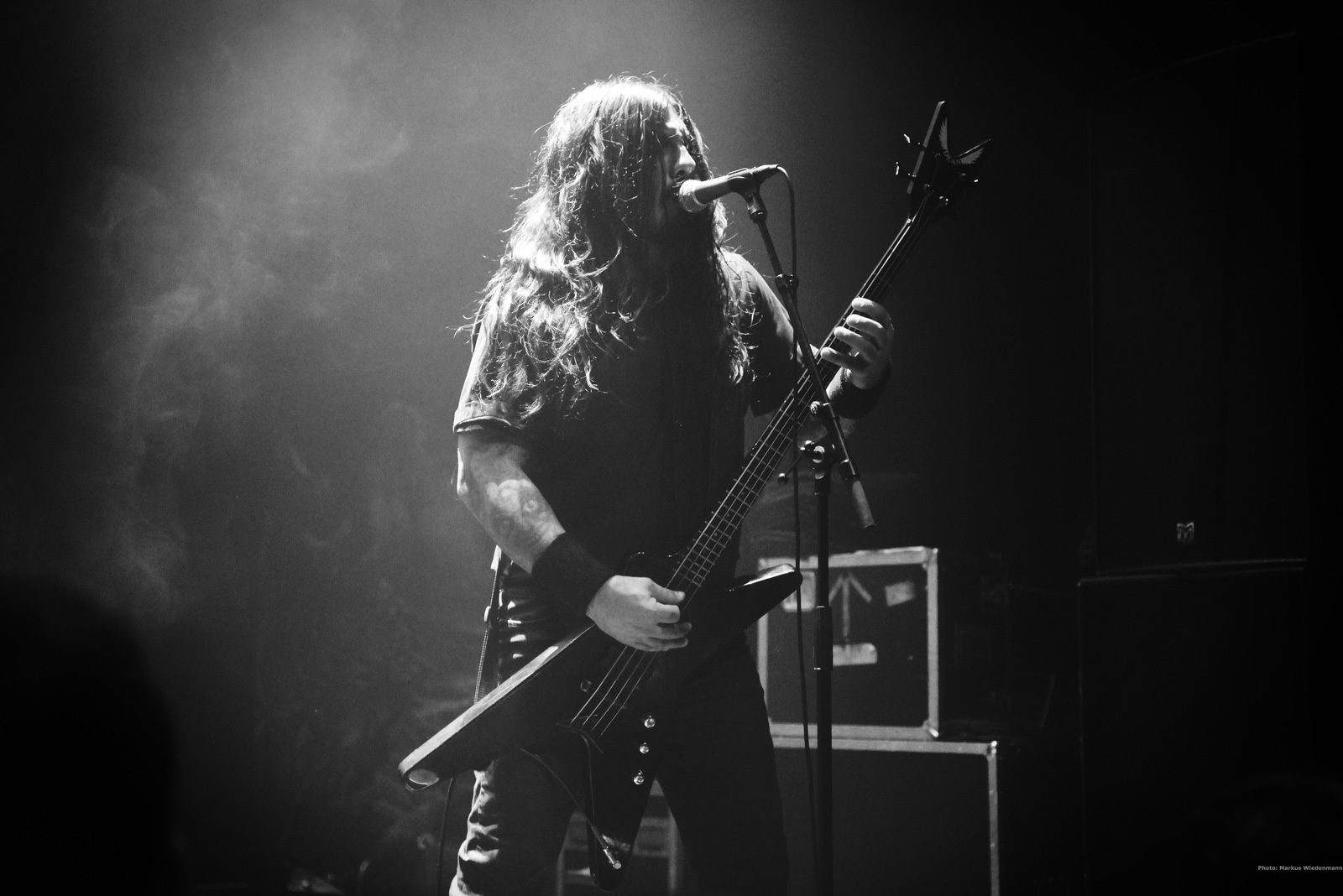 After such a heavy introduction into the dark side of live the stage was prepared for the headliner. Dark Funeral started their shows with an extensive intro that created a creepy vibe with the guys entering the stage one by one. Hell broke loose with the first song played. “Unchain My Soul” from the latest album “Where Shadows Forever Reign” kicked it off, followed by pitch black 90 minutes. This musical inferno was embedded into a stage set of downside crosses, lit by candles, and a huge backdrop, all kept in cold blue light. The musical journey brought fans back to the early nineties when the band released with “The Secret of the Black Arts” their first album. Two songs of the debut have been performed that night and Dark Funeral actually did a very equal split with two song from each of the longplayers from the past. The exception was “Where Shadows Forever Reign” which of course stood in focus as being the newest hellish output from the Stockholm-based band.

Looking on such a setlist means ferocious riffs, a thumping bass and pounding drums, all supporting the malicious screams of Heljarmadr that have been vicious and bloodcurdling. Dark Funeral delivered the soundtrack for an enthralling night in Leiden, opening the gates to hell with a live show that made clear why this band belongs to the spearhead of the second wave of Swedish black metal.