(8/10) I don't tell you a secret mentioning that Kyle Gass is, next to Jack Black, the key player within Tenacious D. But Gass is connected to more bands and project than only Tenacious D. Since a few years the guy runs The Kyle Gass Band that so far released one debut back in 2013, now followed by the sophompre "Thundering Herd".

As it was on the first album Kyle Gass and his gang put together a bunch of new songs that are covering a wider range of styles form bluesy hardrock to almost jazz. Each of the tunes has a twickle in the eye which increases the entertainment factor dramatically.

But it's not only the lyrics that give you a smile. If it would be only about words, Gass could do stand-up comedy only. But since he is a musician, he embedded all the fun factor in songs that are entertaining and of good quality.

Things start with the Aerosmith-like rocker "Cakey" before the bluesy hardrock gets into the spotlight with "Regretta". Also the ironic "Bro Code", an acoustic song, is a big laugh. "Bone" shows another angle of Kyle Gass since it's a smooth rocker with a cool groove and with "Uncle Jazz" you even find some chilling bar sounds on "Thundering Herd".

Towards the end hardrock comes back with "Mamas Ma" (don't have to say more) and "Gypsy Scroll it Toot of the Valley", the latter being one of my favorites on the album. It actually combines Jethro Tull-like flute sounds with a galloping Iron Maiden rhythm (including a silent middle part) and a UFO inspired arrangement. This tune is pure fun.

"Thundering Herd" became a well-done second album of Kyle Gass and his band. It's not deadly serious stuff by still coming with good music - something that makes the record to a moment of fun in serious times. 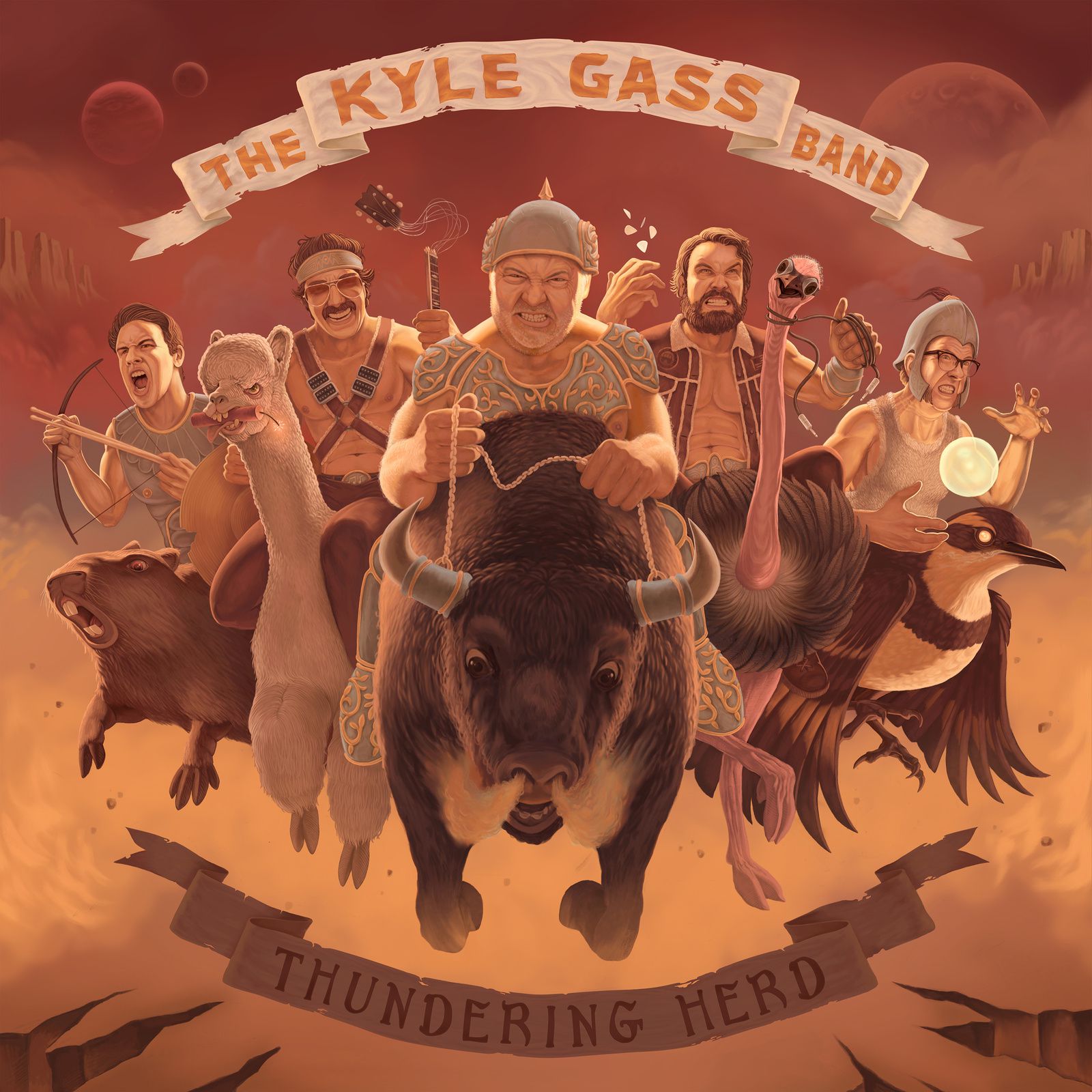