(8/10) Two years after having released “Hammer of the Witch” Cleveland, Ohio based Ringworm comes with a new album called “Snake Church”. For the ones of you that never heard of the band I can describe their sound as a mixture of hardcore and thrash. You can think about Hatebreed, which gives you a good reference.

However, the quintet is already in business since 1991, having had a short break between 1994 and 1999; and actually things became more focused in the ‘second era’. Five out of six records have been published in this period, followed by the next longplayer.

“Snake Church” is Ringworm’s next strike and it’s more focused. The guys never wrote songs with an epical length, but on the new album things became even more concentrated. With the exception of three tunes all tracks are kept under three minutes level. This means that there is no space for all the bells and whistles. “Snake Church” is like a hit in the face, fast, hard, aggressive and uncompromising.

Eventhough the longer songs are a minority on this album they are still belonging to the best ones. Ringworm has more potential than just shooting some fast tracks into the metal orbit. “Shades of Blue” is a slow doomy track that includes some sludge elements. Which isn’t a too bad mélange. Another number from this category is the title track with some spoken words as an intro. Also this number has a more moderate pace in the beginning before it builds up to a brutal hardcore smasher.

Next to these tracks there are the straightforward ones like “Angel of War” or “Destroy or Create”, songs that are aggressive, groovy and with a lot of anger. I guess that Ringworm heard some Slayer during the songwriting process since “The Apparition” has more than one link to Tom Araya and gang, or is it only me that had to think about “Raining Blood” while listening to this song?

“Snake Church” might not be a milestone in metal history, but it’s a longplayer that is well done, has cool songs and gives you 32 minutes of distilled energy. 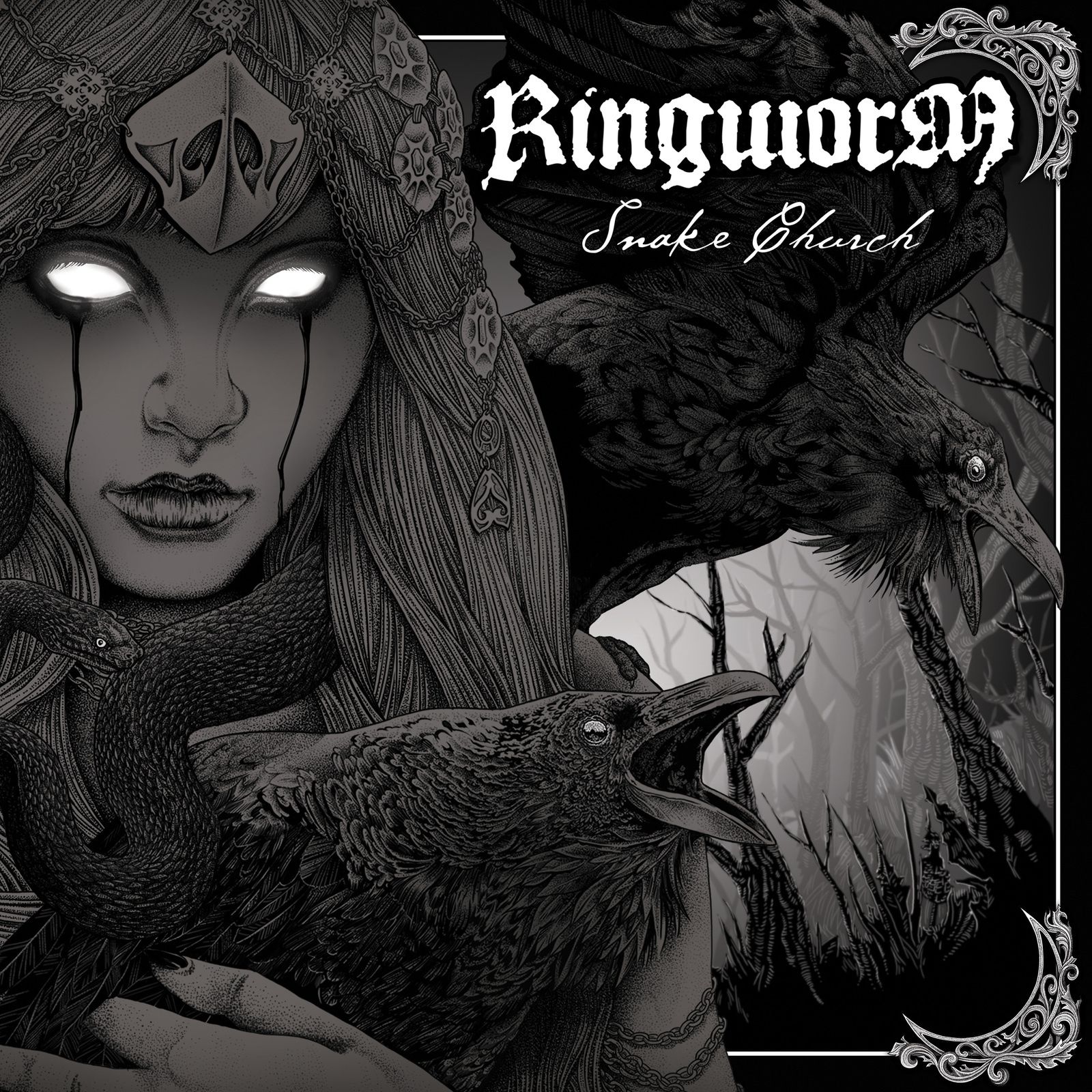