(8/10) What could be better than a band from the UK being inspirend by the NWoBHM? Monument is one of these bands and the main blueprint for their sound comes form Iron Maiden.

The guys started 5 years ago and nowadays its' Peter Ellis (v), Lewis Stephens (g), Dan Baune (g), Dan Bate (b) and Giovanni Durst (d) that are the line-up of Monument. After having release a few singles ovee the last years, the five-piece published their debut "Renegardes" in 2014, followed by their sophomore longplayer "Hair of the Dog".

As said, the quintet is very much inspired by Steve Harris and friends. I'm almost tempted to say that Monument is a copycat of the NWoBHM legend but that would only describe one facett of Monument. Twin guitars, a galloping bass and hard hitting drums are the main characterstics of Monument, all enriched by Ellis vocals, a singer that could be seen as Bruce Dickinson's small brother. Anyhow, "Hair of the Dogs" has to offer more.

You might got the impression of "why should I listen to this and not to Maiden". The thing is, Monument sounds just great on "Hair of the Dogs". Each of the ten songs is highly entertaining, music that gives you a great time and that is pure joy for headbangers - old and young.

After many years with modern metal, new metal, alternative metal and so on this album is a refreshing look back in time when metal started to grow and gain momentum. Monument keeps this spirit alive and adds a modern expression to it which dusts their sound.

If you're looking for a dynamic modern oldschool metal album, then you found it here and now. 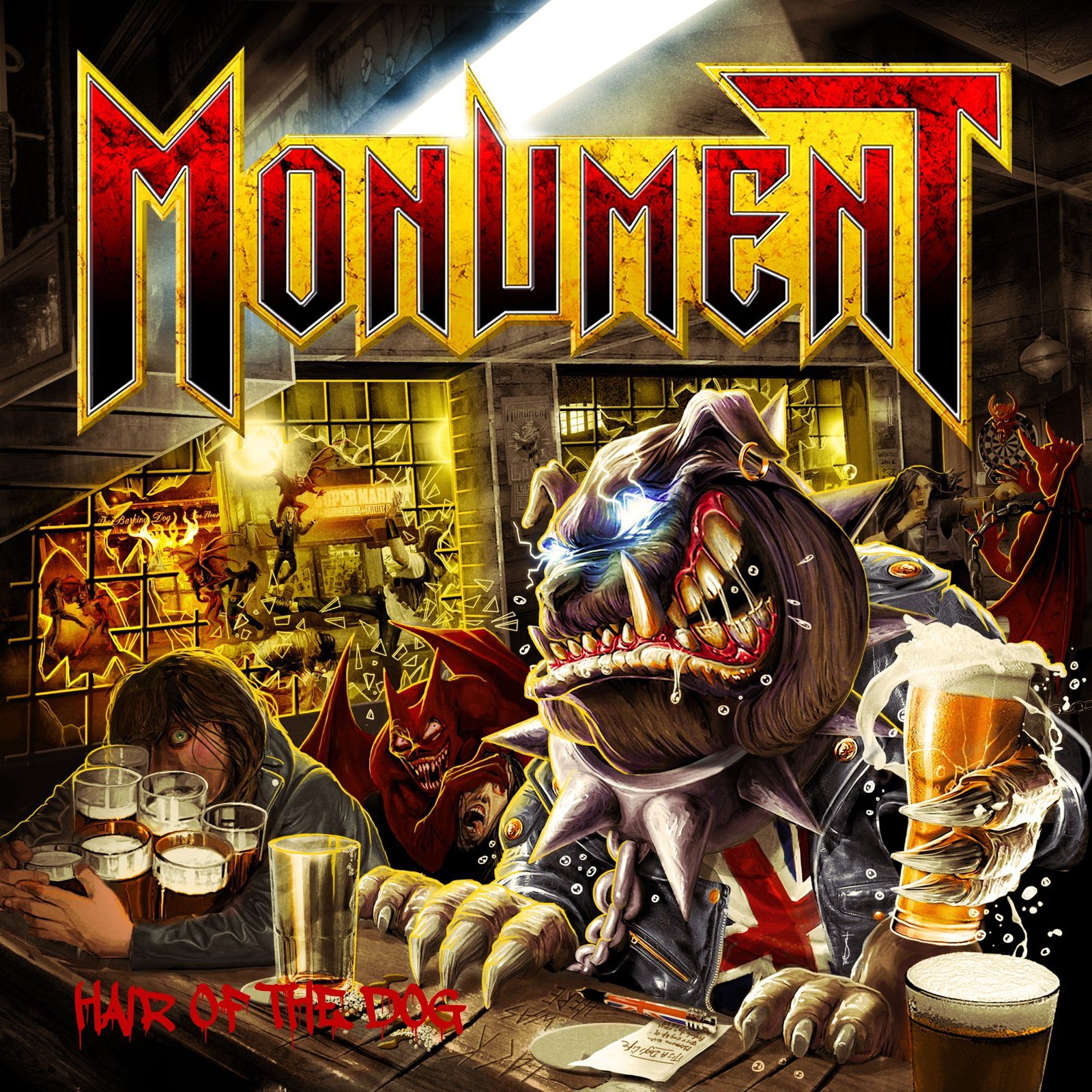