(9/10) Imagine a valley, covered in grey fog and mist. Some of the mountain tops stick out their head, unveiling their beauty by being lighted by first sunrays. OK, this is maybe a weird beginning of a review, but anyhow, in one or another way it reflects pretty well Vektor's new album "Terminal Redux". The guys form Philadelphia, Pennsylvania created an album that sticks out of the grey mass of thrash bands. It's one of these 'musical mountain tops' that shines bright.

The four-piece allowed themselfs plenty of time for writing and recording "Terminal Redux". It's their third full-length album in the band's 12 years history, a record that follows the 2011 release "Outer Isolation". Looking on the result of this five years effort, it was worth waiting. "Terminal Redux" features ten technical advanced thrash songs that are all on a very high level. It's a lot of complext thrash metal that you get with this longplayer. Actutally, longplayer is really the right term for this disc since all songs together lead to a playing time of 73 minutes. This means, "Terminal Redux" stands for quantity with quality.

I had always a passion for thrash metal that has a certain more complex structure. Bands like Watchtower, Coroner and Toxik still belong to my favorite thrash bands and Vektor is one of them too. Vektor takes the heritage of these progressive thrash dinosaurs, add a bit of Voivod and 'translate' everything to the here and now. Vektor's newest album has a lot of oldschool elements included in their sound, but the tracks don't feel like being oldfashioned. It's the unleashed wildness and the pure dedication for thrash metal that can be picked out in each of the ten songs.

All of the tunes on the album are equaly good, but the real highlight comes at the end. The grand finale is named "Recharging the Void", which is a 13 minutes masterpiece. This epos starts with a gloomy riff before complex song strucutres dominate the scene. Awesome leads and solos are part of this true highlight as well as DiSanto's hoarse vocals. These are the typical trademarks of Vektor, but the guys add even more. The middle part is kept silent, with female background vocals and acoustic guitars that gives the song a new twist. I was reminded to Devin Townsend when I heard this section. After a while this innocent sound construct changes again into a furious musical inferno. "Recharging the Void" is a thrilling song that is rightly chosen to be the closer of an outstanding album.

But "Terminal Redux" is more than just a very good technical thrash songs. The longplayer is a concept album that combines reality and imagination by adding facts and warnings from the future. It's about an astronaut that was sentenced to an isolation testing program, describing the impact of all this on his presonality and life in outerspace.

I can highly recommend this album that reveals each time a new layer of details that you missed in the earlier sessions. Exciting, thrilling, complex, raw and wild. 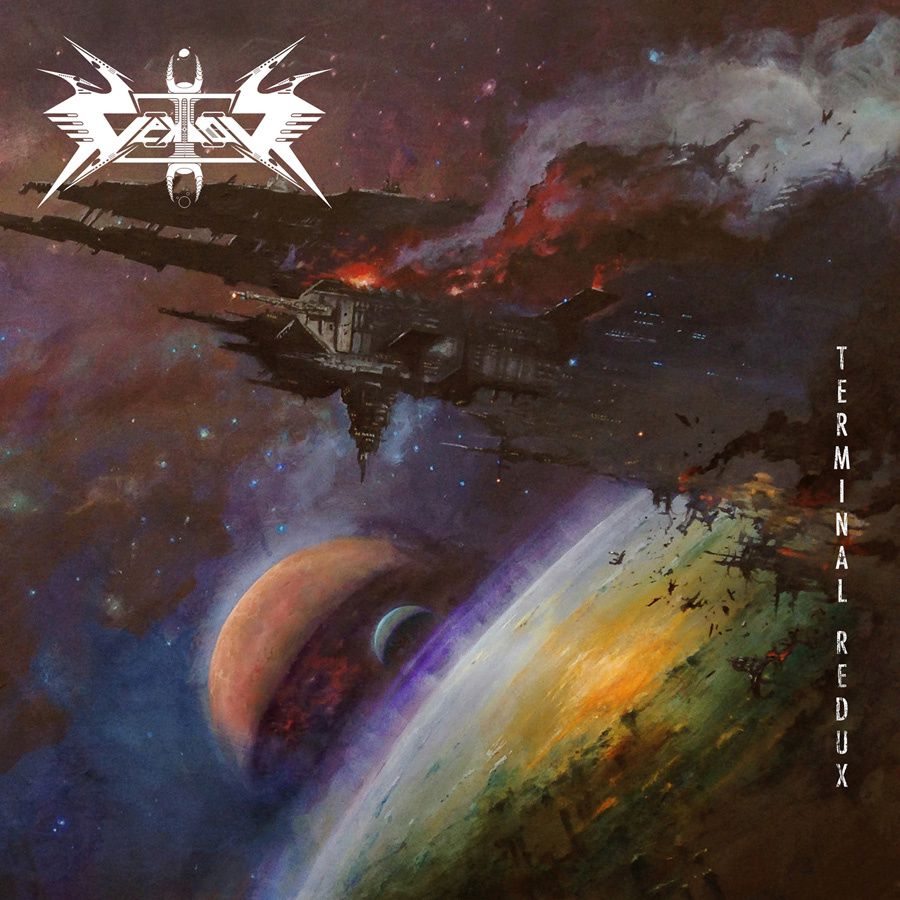