(9/10) New cover, many extras and also a full remastering, done by Eike Freese, that's "Insanity and Genius" from Gamma Ray in the anniversary edition.

I guess that the most of you are familiar with the album. However, here comes a short view back in time. "Insanity and Genius" is Kai Hansen's third album, done with his band Gamma Ray. It's the first release with a new rhythm section. Jan Rubach and Thomas Neck replaced Uli Kusch and Uwe Wessel, and it was Rubach who also contributed immediately with a song for the new album. He was the main responsible for title track and also parts of "Tribute to the Past" have been written by the bassist.

"Insanity and Genius" ignited the next level of this multilevel metal rocket from Germany, an album that became especially successful in Japan. Gamma Ray reached a next peak in their success story that lifted even more relaxed hanseatic humbleness to a next state of euphoria.

Something special with "Insanity and Genius" was the fact that it was the last studio recording with Ralf Scheepers who left the band one year later for joining Primal Fear.

We can conclude that this album was a crucial one for Gamma Ray which set the foundation for the successful years to come.

As a cherry on the cake also this anniversary edition comes with a second CD which includes song performed live at Chameleon Studios in 2016, some demo versions with Scheepers plus an excellent version of Judas Priest's "Exciter".

All in all a great album of one of the most influential German metal bands. 25 years of Gamma Ray and hopefully another 25 years to come. 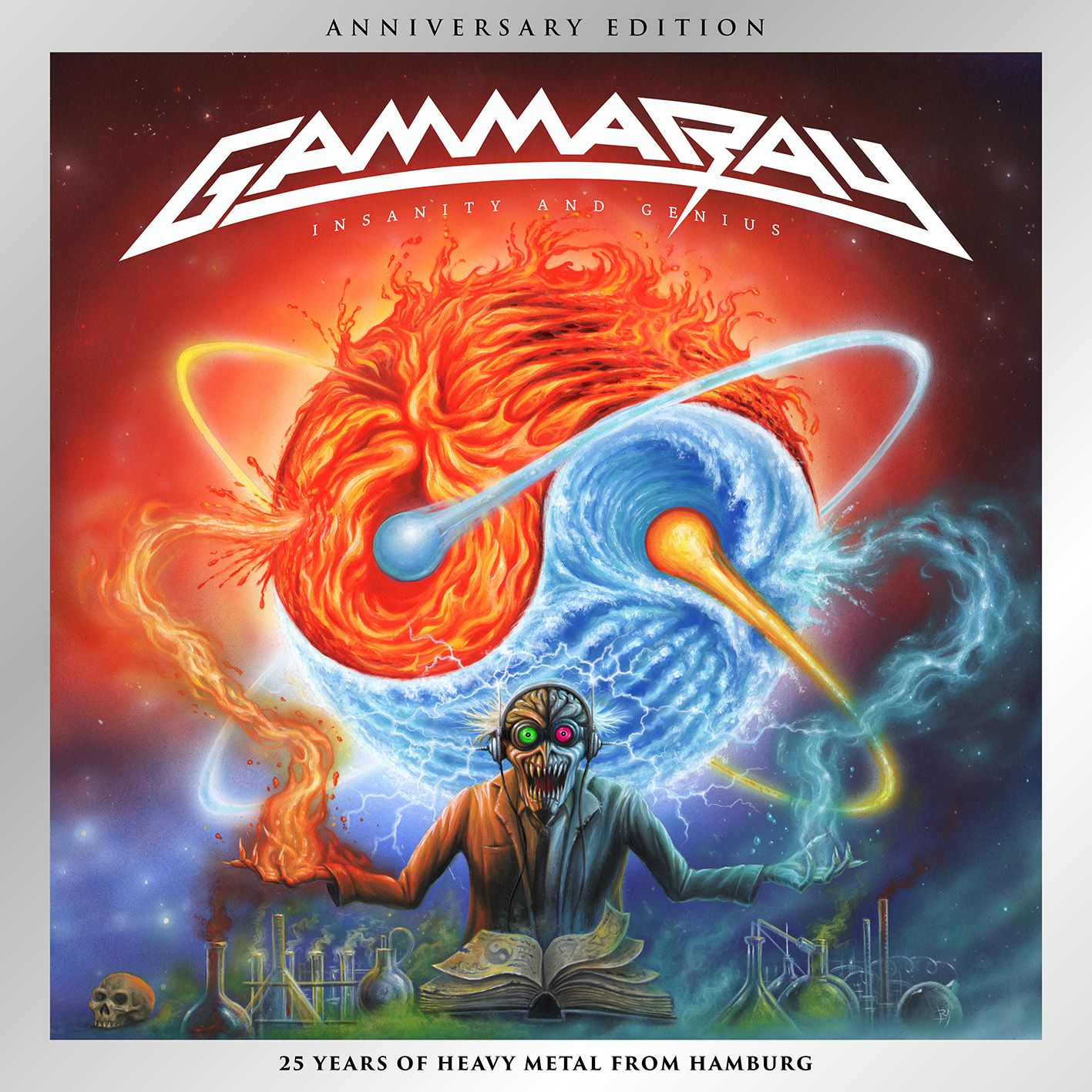