(8/10) Dark Funeral are some known faces in black metal. Having released five studio albums the band went into many line-up changes which led to a period of seven years without a new album from the Swedish black metal gang. However, waiting is over and "Where Shadows Forever Reign" is available quite soon.

Lord Ahriman and his horde put nine new songs on this longplayer. The first one is "Unchain my Soul" which starts with a quite relaxed guitar riff before hell breaks loose. The tune gains speed and develops into a brutal black metal smasher that sets the tone of voice for this album.

"Beast Above Man" unleashed the double bass and it's a brutal song that puts a spell on the listener, something also "The Eternal Eclipse" stands for.

"As I Ascend" is a pitch black track that builds up a lot of atmosphere. Vocals are harsh and hypnotic and chiming bells mark the beginning and the end of this great song.

With "To Crave Another Wound" Dark Funeral puts one foot on the break again. It's a more grooving black metal anthem and belongs to the songs that are more intensive than some other high pace numbers. These slower tempo songs spread a real malevolent sphere that feels like the soundtrack for a trip into the abyss.

The ninth and final tune on "Where Shadows Forever Reign" is the title track. With more than five minutes it belongs to the longer ones on this longplayer and it basically combines all things mentioned before. It's a mighty black metal beast that is kept quite heavy, merged with some smart half-acosutic breaks, something that makes the tune to a diverse one. This number is a good closer. The only thing I don't understand is why it's fading out in the end.

Anyhow, Dark Funeral is already many years in business and you can hear this on "Where Shadows Forever Reign". The longplayer features nine evil black metal tracks that bring together sphere and brutality. Good stuff. 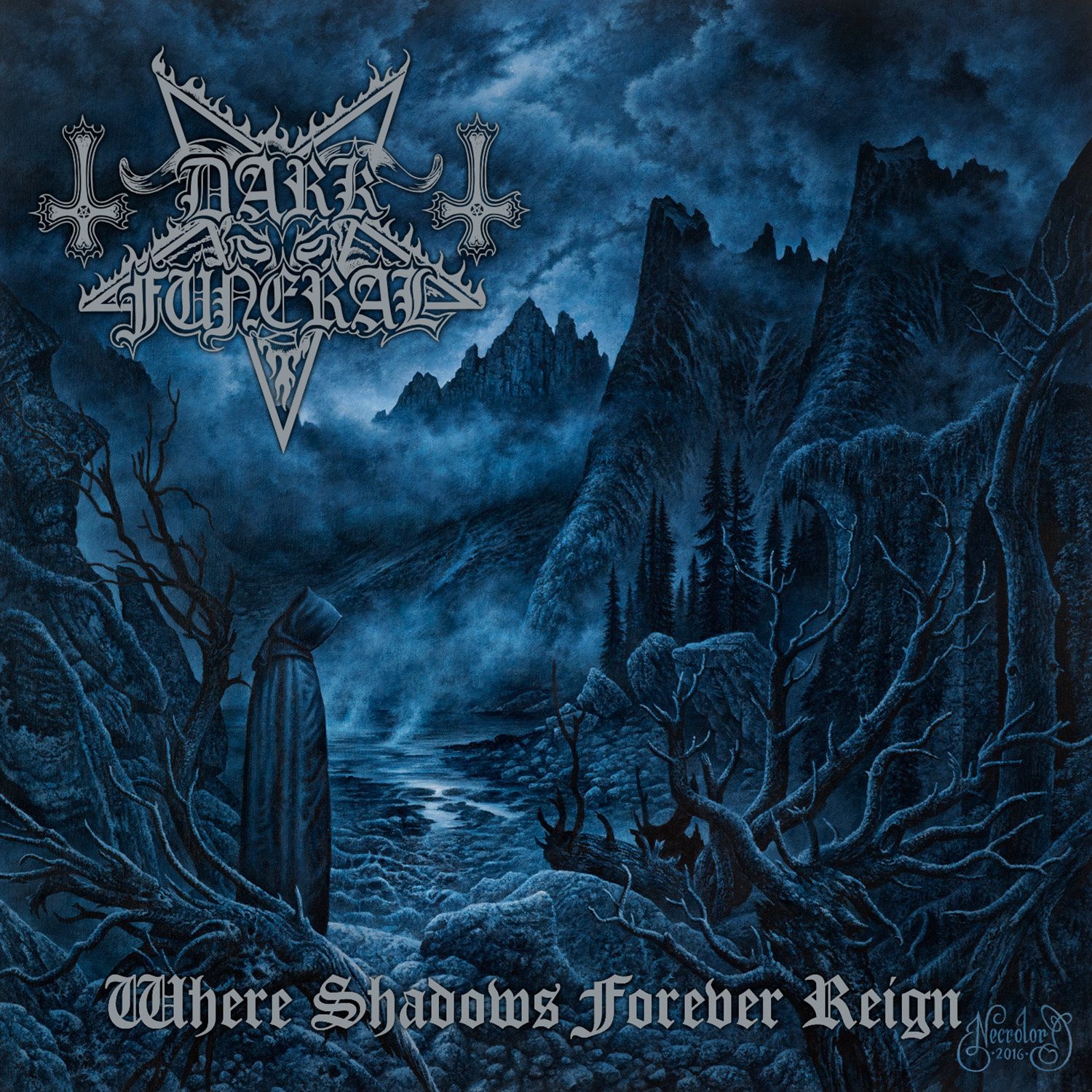