(7/10) "Road Worn" is the new live EP from Austrian alternative rockers Midriff. The songs have been recorded on October 9th, 2015 in the VZ Komma in Woergl, Tyrol. The show was part of the "Doubts and Fears" promotion, the second album of the band that has been released in May 2015.

The EP features six songs, with most of them (four) been taken from the said second longplayer. The only two songs that's not from this album is "House of Pain"and "Broken Dreams",which was released in 2012 on the band's debut. It would have actually a nice treat if there would have been also a new track on this EP, since it have increased the purchasing incentive.

Anyhow, it is a matter of fact, that the guys from Tyrol rock very well and even though I only can refer to this EP, it feels like the guys being even better when they are playing live and on stage.

The sound of this live EP is absolutely OK and maybe even too good. By the way, there is hardly now audience that can be heard on this EP (except towards the end). Why is that?

"Road Worn" gives a good overview when it comes to Midriff's music and it might bridge the waiting time till the new album will be published. If this EP was neceassry after having released only two studio records is something each of you has to answer individually. 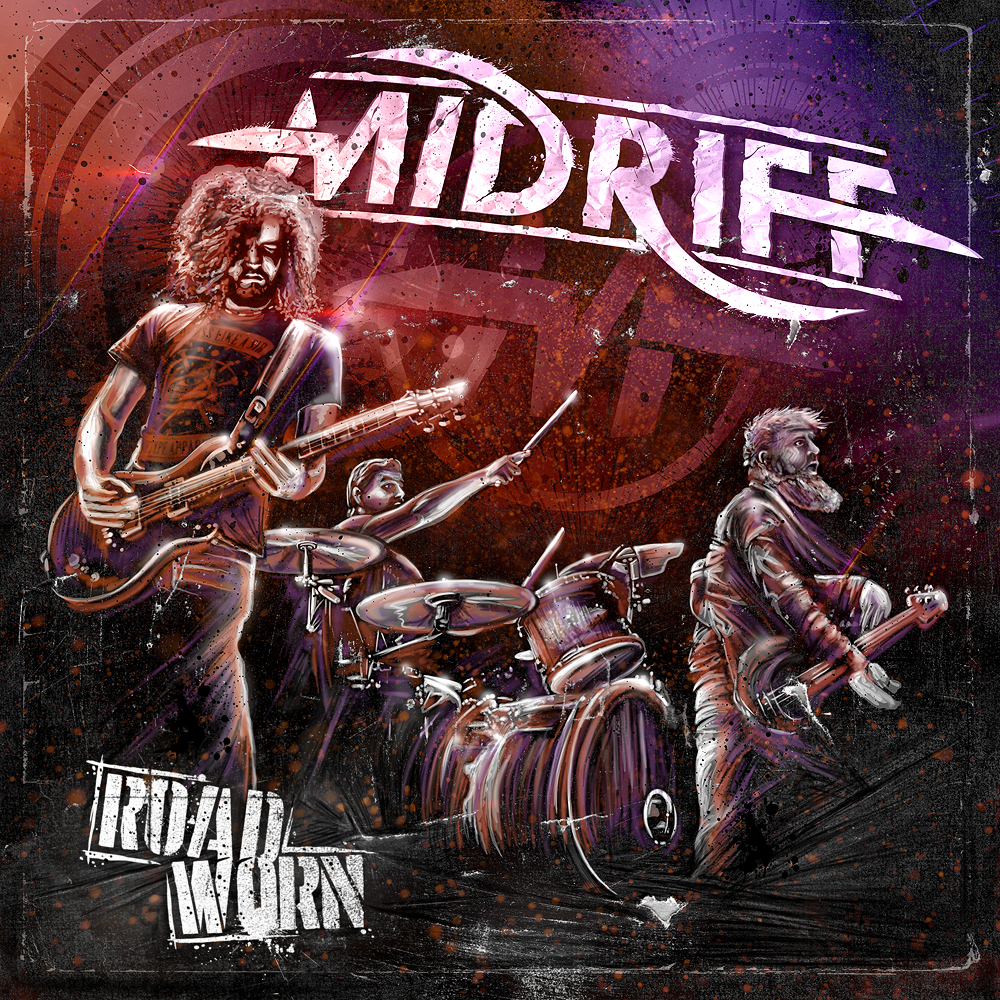 CD review CHURCH OF MISERY "And Then There Were None..."
DISCHARGE posted a new lyrics video
Zurück zur Home