(8/10) What's going on at the moment? First Exumer, followed by Protector and now Accuser. It feels almost like a revival of the German thrash metal underground from the eighties.

Exumer and Protector got already earlier some space on my blog. Now it's time to have s look on Accuser's newest creation - thanks to the will-power of singer/guitarist Frank Thoms, who is the only active founding member of Siegens finest of thrash metal.

The German four-piece delivers a quite good thrash metal album that I haven't expected to be that strong. "The Forlorn Divide" is full of mighty thrash anthems. Each of the ten songs is a raging commitment to hard metal music.

After a typical intro "Lust for Vengeance" is the first sonic neckbreaker. Oldschool metal is demanding strong eardrums, something that will continue till the final end of this record.

Accuser is one of these bands that isn't purely focussed in highspeed. "Impending Doom" is one of these well-done numbers that comes with razorblade sharp guitars enriched by some melodic and more acoustic moments. It's the twists and breaks that wins over unbound tempo.

The guys give a lot of space for grooving riffs, kept in a moderate pace. The almost six minutes long "Sulfur Rain" for example includes ll theses incrediences, combined in an excellent way.

When I listened to "The Forlorn Divide" I had to think of the very early Metallica and also Testament. The way how songs like "Flow if Dying" are done brings back those raging days when thrash metal was born in San Francisco's Bay Area.

German thrash metal seems to become more important again and the scene has more to offer than 'only' Kreator, Destruction and Sodom. The underground is raising again and I wonder if we will hear some news from bands like Deathrow too. Wouldn't be surpirsed if these guys also tasted blood. Let's see. So far enjoy Accuser's new longplayer. It's worth it. 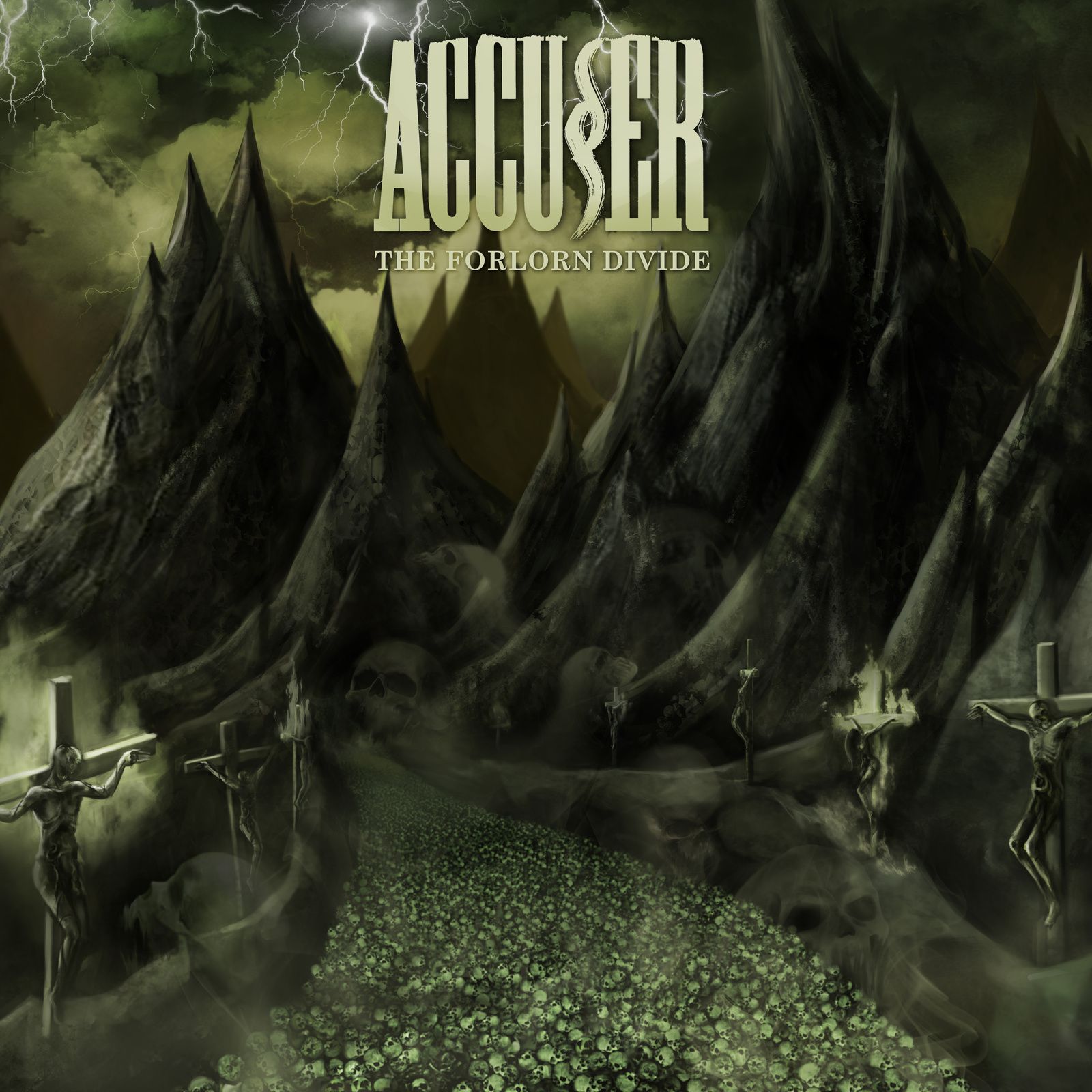