The whole German winter was green so far and temperatures have been on springly 14 degrees. This changed the day Swabian power metal command Brainstorm invited to the release show of their newest album "Scary Creatures". The whole area was covered by freshly fallen white snow which didn't make it easy for metal fans to get the venue.

However, the ones that took the effort to get to the show have been rewarded by five hours of pure German metal for a very fair price.

But let's start from the beginning. The first band that had to enter the stage was Stepfather Fred. I haven't heard of these guys before. The only thing I knew was that they supported already bands like Emil Bulls and Die Happy. The dudes did a good job even though the venue wasn't that much filled at that time. Stepfather Fred's songs can be described as solid alternative metal that lives by the enegry the guys spread. Halfway the show the crowd also understood why everybody got a lighter by entering the venue. Singer Basti and guitarist Simon left the stage, went into the crowd and played an acoustic tune, surrounded by some fans with lighters on. It's a nice idea that probably even work better in a small club.

Stepfather Fred did an good job and they warmed up the crowd, something that was need on this winter night.

After a short break it was time for Undertow. The German doom thrashers got 60 minutes of playtime which the used vey well.

The whole show was one big metal feast hosted by a band that played tight and spot-on. Guitarist and singer Joschi has been the tower of strength behind the mic, surrounded by his six-string companion Markus Brand and bassist Undertom, who celebrated his birthday the same day. What a cool combination. Not to forget in this context drummer Oli Riegler with his heavy punch behind the drum kit, assuring a strong rhythm foundation and the right power for Undertow.

They four-piece put together a setlist that was a mix of loud and more silent. Not only since this show, it feels like the band got a wider range of sounds by adding a second guitarist a while ago. The latest release "In Deepest Silence" has shown this already, but also the older stuff became more thrilling during the live shows. Tunes like "Smoke Garden" and the mighty "Crawler" made the speakers to an impervious wall of sound.

I like Undertow the most when they reduce the speed and hammer some brutal and slow riffs in the crowd; riffs that feel like a slap into your face. One of those moments was towards the end when the guys peformed with "In Deepest Silence" the title track from their latest record. Then it was time for Brainstorm to present their new songs live on stage. That's why most of the fans came for.

To my surprise, Brainstorm has chosen "Nelly the Elephant" from the Toy Dolls as an intro. I'm not sure if this was only for this event or if it will become a fix part of the shows supposed to come. Anyhow, a cool song with a certain party vibe ... something that continued for the coming two hours.

Compared to the "Firesoul" release shows, where the band performed the entire album, the five-piece played only four track from the new longplayer "Scary Creatures". The rest was a look back in time, a kind of Brainstorm 'Best of...'.

Next to the new tracks highlights in the setlist featured metal anthems such as "Shiva's Tears" and one of the best Brainstorm songs, "Highs without lows". But also rarely performed songs like "Blind suffering" (the band wasn't sure if, and if yes how often, they have ever played it live) have been a pleasure for each metal maniac. Having those band classics next to the new stuff also showed that Brainstorm stays true to themselves. The band developed their sound futher but also sticks to their identity and trademarks. New and old goes together very well, something this release show made very clear.

Brainstorm nailed down a 100 minutes long metal party that was expected from the fans, and the guys delivered. Torsten Ihlenfeld and his gang had obviously a lot of fun and enjoyed each minute of the show. There was action all over the stage combined with wild headbanging wherever you looked. This is real, this is metal.

The Swabian powerhouse finished their show with another real hymn. "All Those Words" from "Liquid Monster", a song with a big chorus, demanded the last energy of fans and band, a pearl that completed a great metal night in Giengen.

The Ostalb might not be the Bay Area. Anyhow, this region has bands that are internationally and nationally established. Brainstorm and Undertow are bands from this district and they are in the business since many years. Both bands proved that metal and Ostalb belongs together.

After five hours of metal the last note was played, the fans have been happy and the winter was still there. Back into the snow, heated up by German metal. Horns up. 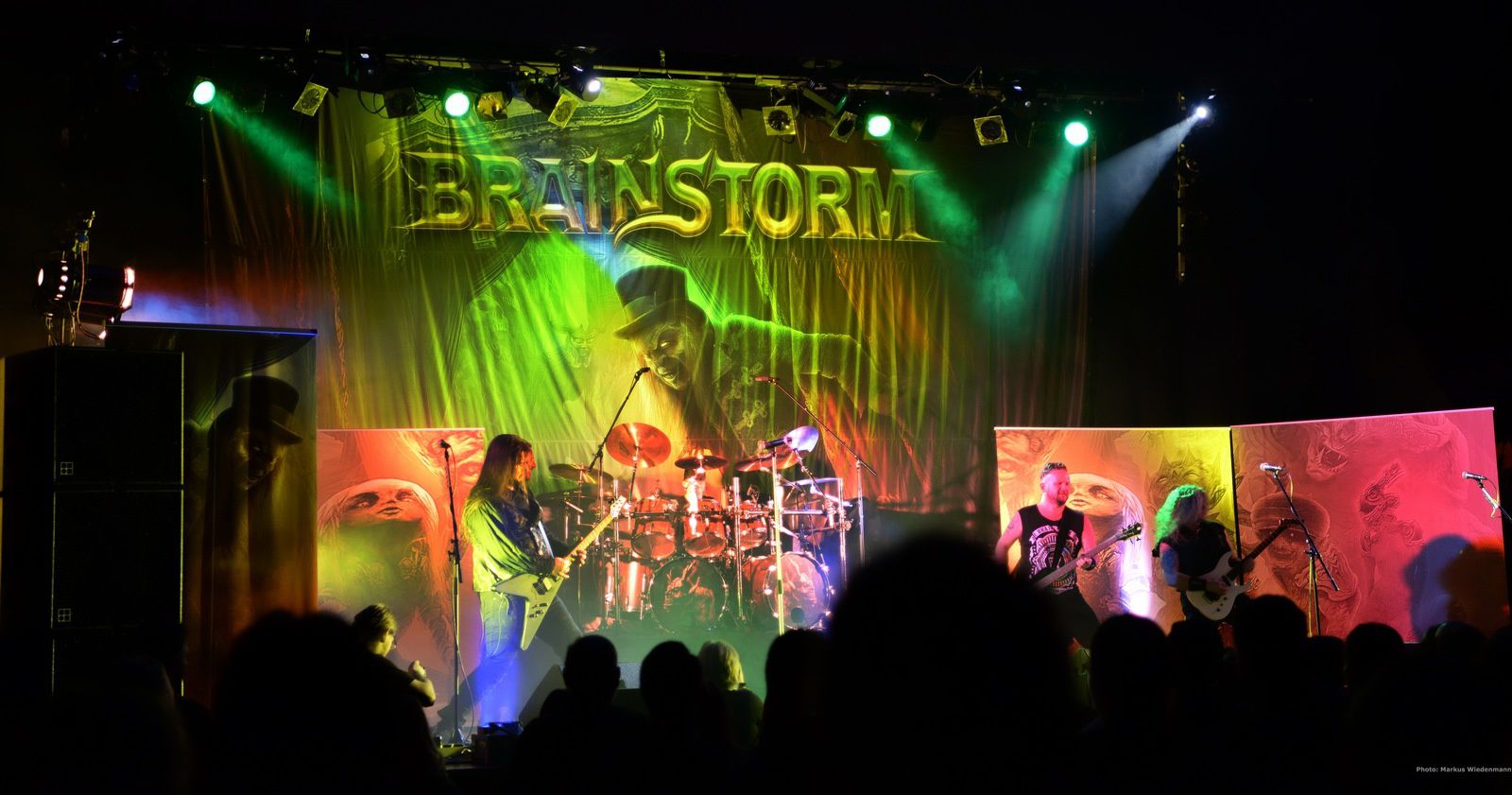 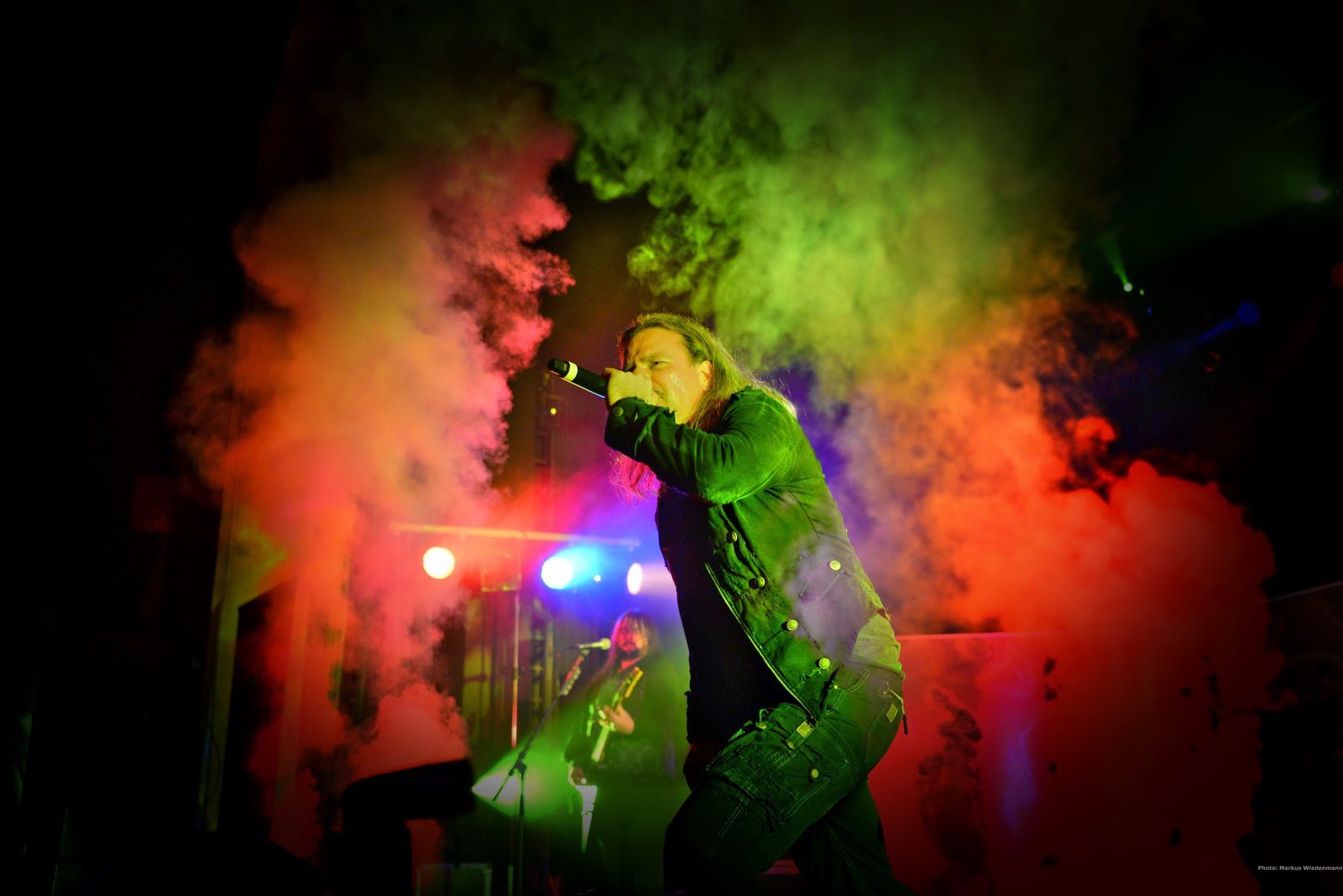