(7/10) It was in 2004 when Vreid was born out of the ashes of Windir. "Kraft" was the band's first longplayer, followed by five additional ones over the past years. Highlight so far was the 2011 nomination for the Norwegian Grammy and this year it's "Sólverv" that marks a new chapter in Vreid's discography.

A first distinction is the Norwegian title of the album and also the fact that the tunes are kept in local language. This is a clear sign that the band goes back to their own roots, but lyric-wise also back in the heritage of their home country.

"Sólverv" features seven songs that are typically black metal some 'wow' moments. The tracks are kept quite long. With five to nine minutes in length, the tunes are OK but lacking some variation and diversity. For me it's too much of the same just different. "Welcome Farewell" had more of this unexpected twists that made the songs interesting and I miss those on the new album.

The seven numbers on "Sólverv" are all fast and raging, but they miss those thrilling moments. Maybe two exception. "Storm frå vest" is more spot-on and has some well placed breaks. The middle section hits you out of nowhere and it's not a coincident that it's the shortest song on the longplayer. The second credit on the disc is the more epical closer "Fridom me dudes klang" that adds something to Vreid's sound too.

All in all "Sólverv" became a solid black metal album that is authentic but also a bit hackneyed. I miss the nasty rock/punk approach on this album that feels a bit like a missed opportunity to me. 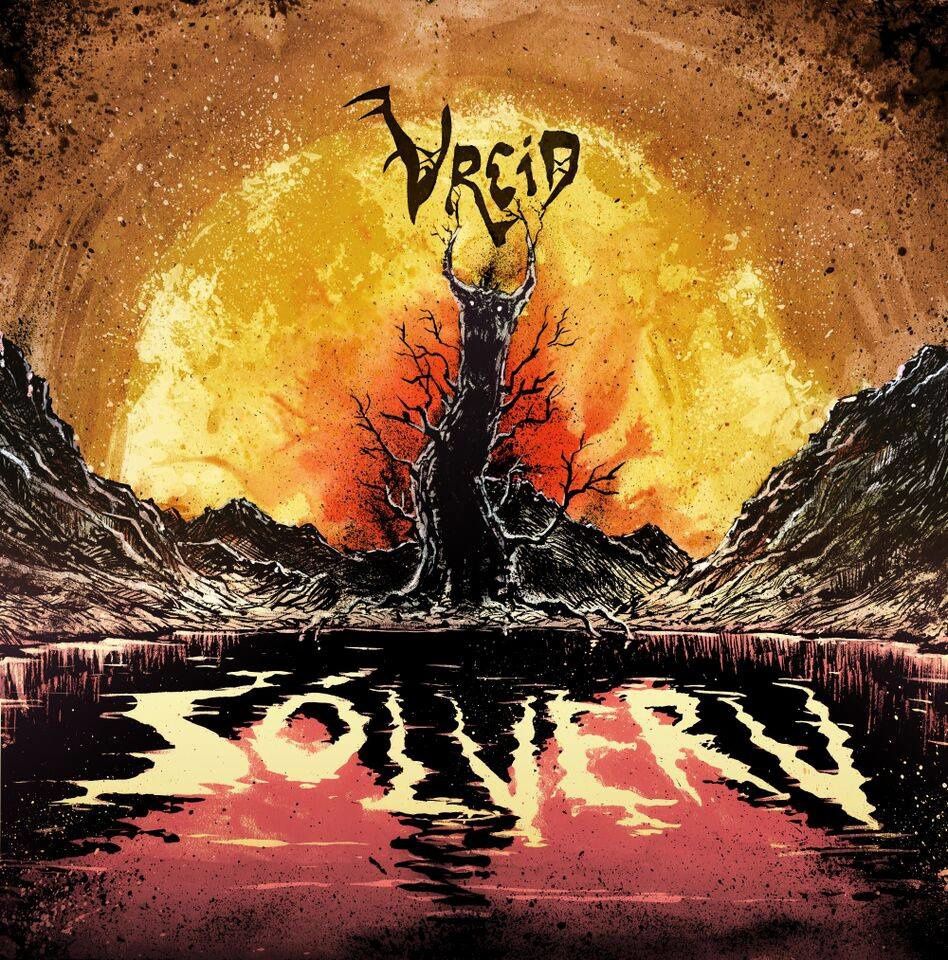