(8/10) It took me a while to get into the new album from Night Viper. But after a few rounds the longplayer revealed its full potential.

But let's start from the beginning. When I said 'new album' I have to add that "Night Viper" is actually the debut of the band. The guys from Gothenburg started in 2014 and it has been singer Sofie-Lee Johansson and guitarist Tom Sutton that have been and are the driving forces behind Night Viper.

At least Johansson I haven't heard from before (which will change after this rocking debut), but Sutton is better known as six stringer for Horisont and The Order of Israfel. Things with Night Viper gained speed when drummer Jonna Karlsson joined the duo and it is Ruben Persson and Emil Ridderstolpe that complete the line-up. So, that base was set.

"Night Viper", the self-titled debut, is out in the stores since a few days and I can tell you that it's worth to check this album out. Night Viper plays more classic heavy metal that takes its inspiration from NWoBHM bands like Judas Priest as well as it includes early Metallica influenced sections.

The joy with all this is, that the five guys kept the record raw and basic. The debut goes without any decoration. "Night Viper" is clean and puristic, but also well produced and extremely heavy.

My personal faves on the longplayer is the title track that also acts as opener. It's a speedy track with a neckbreaking rhythm. I would say: fast and furious. Talking about this means also to mention "Faces in the Mirror". It's the shortest and most intense track on the debut. It's raw and hot metal.

The longest number instead is slow and mean. "Warrior Woman" is build on a silent beginning with a felocious riff that accompanies you during the first half of the tune. Things get heavier again in the second part when Night Viper unveils again their heavy roots.

Great that Night Viper inked a deal with Svart and again - the album wasn't love on first sight. But its worth to keep on going, because there comes a point in time when you start to love it. Don't give up. 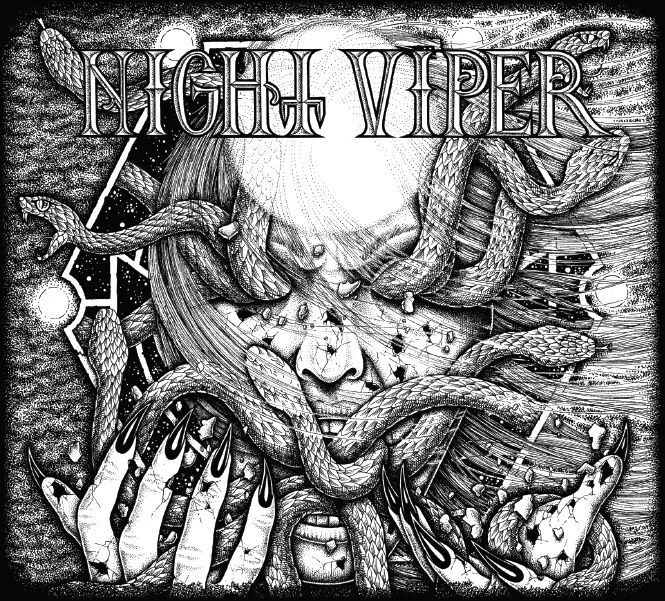