(9/10) Molok is the biblical demon in whose jaws children were sactificed.

Molok is the name of a machine that can predict the future, based on a rational relation of action and reaction in the past.

"Molok" is also the title of Gazpacho's new studio record which is a concept album build on the interesting and exciting story around the machine and it's creator. In the end the new longplayer is about the conflict between brain and heart, rational and emotional. Instead of going to much into detail in this review I recommend the explanation on Gazpacho's Facebook side. Let's focus in this review on the music.

The Norwegian six-piece's new album is number nine in their discography. It follows the complex "Demon" record from 2014 and comes with nine song that are build on the above mentioned story.

"Park Bench" is the opener and it is a multilayered track that starts with a strong beat before a mixture of almost a-capella parts and great melody lines give the tune an intesive expression. Half-way, the song gets pretty hard just to move forward into a choir section that is followed by another heavy outburst.

The shortest song on this diverse longplayer is called "Bela Kiss", which is swinging by still offering so many nuances that it is a thrilling journey for the listener. Queen could have been the blueprint for this track, but than there are the folk elements embedded that give the tune a totally different expression.

"ABC" is probabaly one of the tracks on "Molok" that is the most easy one to diguest. It belongs to the more straight-forward compositions, build on a catchy melody and a cool groove.

"Algorithm" is the opposite. It's an interlaced instrumental with humming as an additional instrument. The song has a very strong expression and it's a beautiful experience to listen to those soundscapes. I don't know why this is a 'CD only' track because I think it is one of the best tunes on "Molok" - if not even the best one.

"Molok Rising" is with nine minutes the longest number on the album and it's also the last leg of this mind blowing sonic journey. It's one of the more silent tracks on the album that still transports so much emotions that some other bands could fill an entire album with. This is prog rock per excellence that makes you dream. This album monopolize you and never let loose.

"Molok" contains music that isn't made for the 'to-go' generation. Those nine tracks take time to develop their full potential for the listeners. There are so many details that demand attention and good earphones. Music for the brain and the heart - and there we are back at the concept of the album. 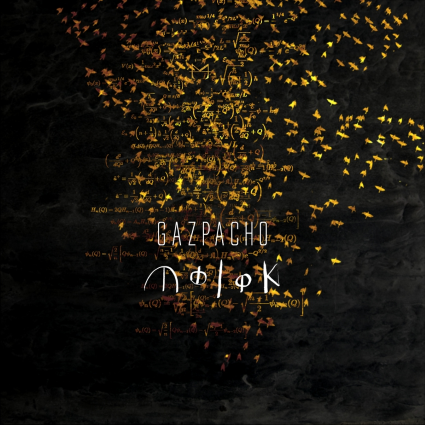