(8/10) Hmmm. What to say about the new Slayer? First of all I like the band from their debut onwards. What I like with the iconic group is the unleashed power that is raw and uncompromissing. Those keywords are reflecting Slayer, as well as the unique guitar work with brilliant solos and leads. And here we come to the first important fact. "Repentless" is the first album without Jeff Hanneman. And even if the the guys found a worthy replacer in person of Exodus guitarist Gary Holt it was King himself that was, or wanted, to be responible all by himself.

Next to the change at the six string also drum dinosaur Dave Lombardo left the band and was replaced by Paul Bostaph that was already part of the thrash legend in the end of the ninties. With those two significant changes the question was, if we get a real Slayer album or 'just' a good thrash album done by some very experienced musicians.

After having listened to the album several times I came to the conclusion that it's still Slayer. The earlier mentioned trademarks are there. Kings typical guitar sound is already spot-on in the intro "Delusion of Savior" before one of the best songs kicks in. The title track, already released earlier, is a three minutes long raw piece of metal meat, served a la Slayer.

Another highlight is the grooving "Vices", that is kept more midpace, based on a riff that feels like a ten-ton hammer. More exception than the rule is an acoustic beginning of a Slayer song. "When the Stillness Comes" is one of those tracks that starts more silent before it mutates into a slow rolling thrash beast. Also Araya's vocals are switching between his typical screams and a more 'spoken kind of'. It's the song with the creepiest vibe on "Repentless".

And last but not least it's "Piano Wire" that is worth a note in this review. Also kept in a moderate tempo the tune moves on and on with a galopping rhythm that keeps on pushing. And it's the furious leads in the middle that breaks the pattern before the well known beat comes back.

The other tracks are solid Slayer tracks that will be loved by fans of the band. The thrash metal legend shows on "Repentless" that they can handle the loss of Hannemann and the split-up with Dave Lombardo. But it also shows that it's the beginning of a new era. My curiousity goes already for the next album where I hope that also Holt will be part of the songwriting process. This can add a total new dimension to Slayer's sound, considering what the guy did for Exodus. So far so good and eight points. 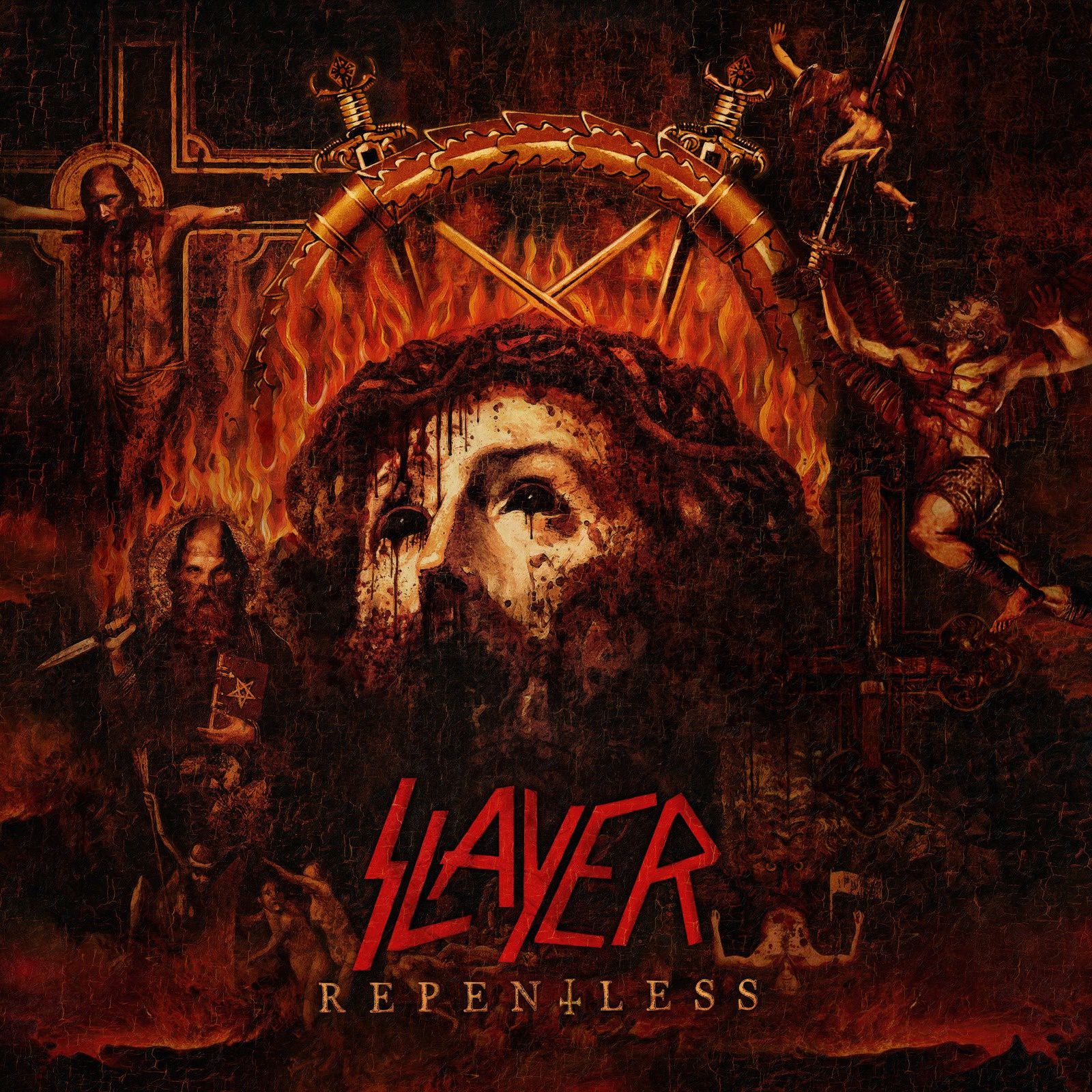