"The great lie" - a new rock-opera from MELTED SPACE

MELTED SPACE is the creation of French composer Pierre le Pape, who bears a master degree in classical music and movie scores, here creating a modern opera that takes over the classical codes, including numerous characters, scenario, powerful orchestral arrangements and varied ambiances, all set to skilled and catchy songwriting and amazing casting. The new MELTED SPACE album, The Great Lie, features fourteen prestigious and unexpected singers, joined by seven talented guest musicians and The City of Prague Philarmonic Orchestra. Together, this cast has created an epic saga as powerful as moving, and by mixing the tradition of the classic opera with infectious heavy metal, The Great Lie promises to set a new milestone in the genre.

The guestlist is impressive: 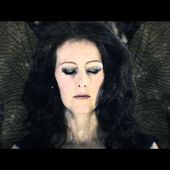