CD review YEAR OF THE GOAT "The unspeakable"

(8/10) After having released their Napalm Records debut with EP "The key and the gate" Year Of The Goat comes back with their newest longplayer called the "Unspeakable".

The six-piece band from Norrköping wrote nine new songs (they probabaly wrote more, but nine made it on the album) that can easily cope with the three tracks from the mentioned EP.

Year Of The Goat starts very brave and with full self-confidence into the album. It takes quite some braveness to start with an epical, almost 13 minutes long, tune. Many other bands would have placed such a song in the middle or would have given it the role of being the closer on an album. Not Year Of The Goat. A good decision, in my point of view. First of all it's one of the best tracks I have heard from the band so far. And secondly it reflects most of the bands brandmarks in one composition.

The 60's and 70's based retro rock of the six Swedes is clearly recognisable. Enriched with some hard rocking parts the track feels like a sonic short movie. Put your earphones on, close your eyes and enjoy the show.

The fact that the other songs are shorter doesn't mean that they can't live up to the set level. "Pillars of the South" is, compared to the more complex opener, an almost swinging track before the more quite "The Emma" unsheathes the 60's roots.

Also the two shorter tunes on the album are really cool ones. "Vermin" is one of the faster numbers on "The unspeakable" while "Black sunlight" belongs, next to the opener, to my faves. The galloping rhythm is a special element that the band adds to their sound - and it fits well. The deeper vocals of Sabbathi give the track a darker vibe while the melody gives the song a certain ease. It's this contrast that adds the peperoni to the pizza.

For each of you that doubted if Year Of The Goat could keep the high level of the earlier EP I can clearly say: 'Yes, they can'. Actually "The unspeakable" sounds even better. 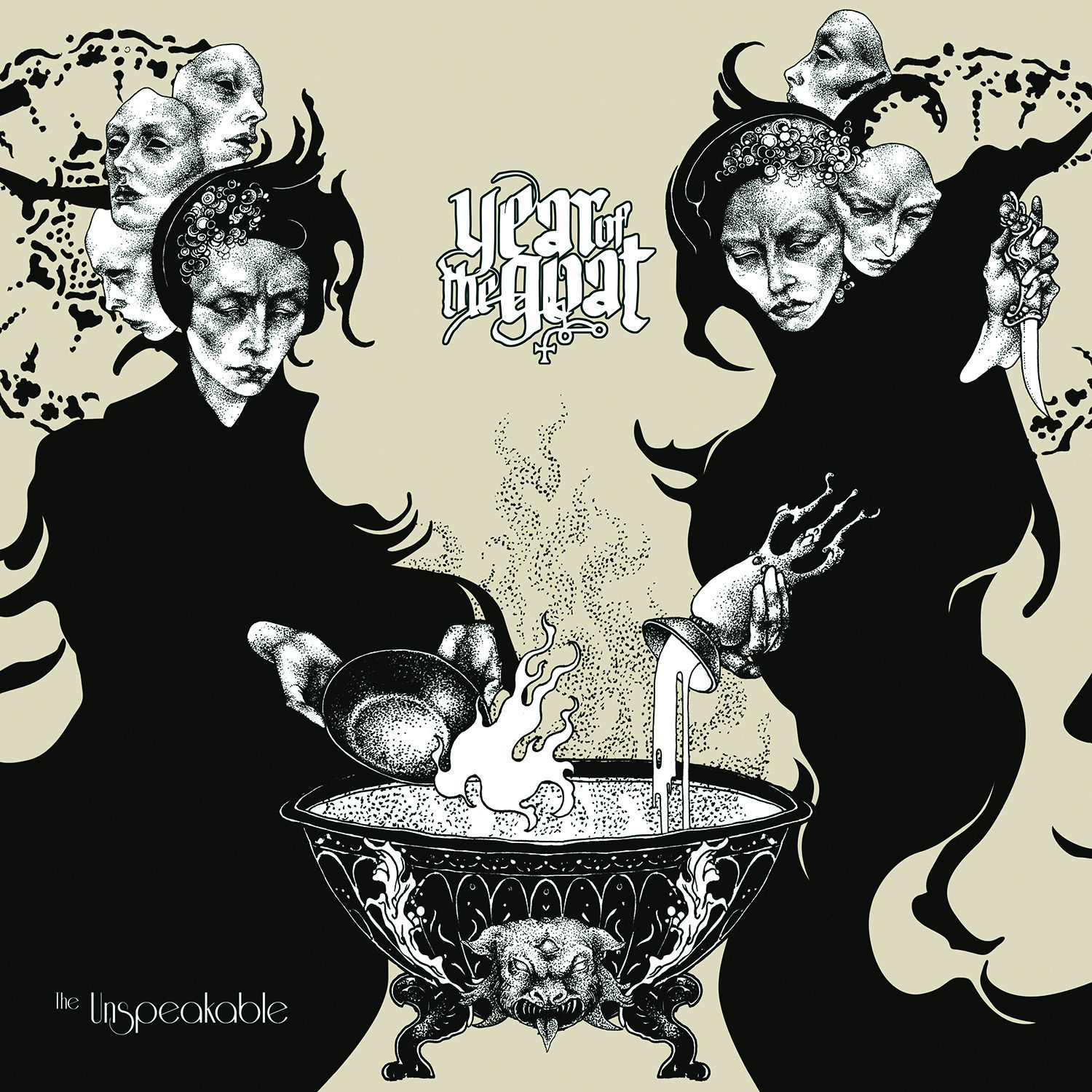