(8/10) Hardside are from San Antonio, Texas and the five-piece is a metal/hardcore hybrid that really kicks-ass. Zane, Patrick, Ely, Ravy Bear and Sammy are influenced by hardcore legends such as Biohazard while also thrash bands like Pantera made in impact on Hardside's sound.

I haven't heard about the band earlier - a mistake. What I got to hear when I listened to "The madness" the first time was more than impressive. It's the described mixture of heavy sounds that makes the longplayer to an extremely energetic one.

The title track "The madness" follows an riff-based intro called "No one gets out alive". The opener is a brutal hardcore track that combines faster parts with slow and grooving elements in the mid-part of the song. The next tune, "Caged", can easily keep the high level of the title track.

A cool bassline starts "Broken faith" - a number with very cool riffs and a murderous groove. The same goes "Resurgence".

Another track I want to mention is "'Til my blood runs dry". The song starts very slow and steamrolls you. It gains speed a bit in the second half which makes it to a raging groove monster with heavy guitars and hardcore shouting.

At the end of the album the thrash influences break through. The mighty "Timebomb" is the longest track on "The madness" and shows quite some parallels with the early Machine Head. It's mainly the guitars that make me think of the four-piece from Oakland, California. The riff in the end could be even a copy of the heavy "Davidian" from Machine Head's debut. But this isn't a problem since "The madness" is full of own ideas and creativity.

"The madness" is a great longplayer from a band I haven't heard before. Time to dig more into the back-catalogue of Hardside. 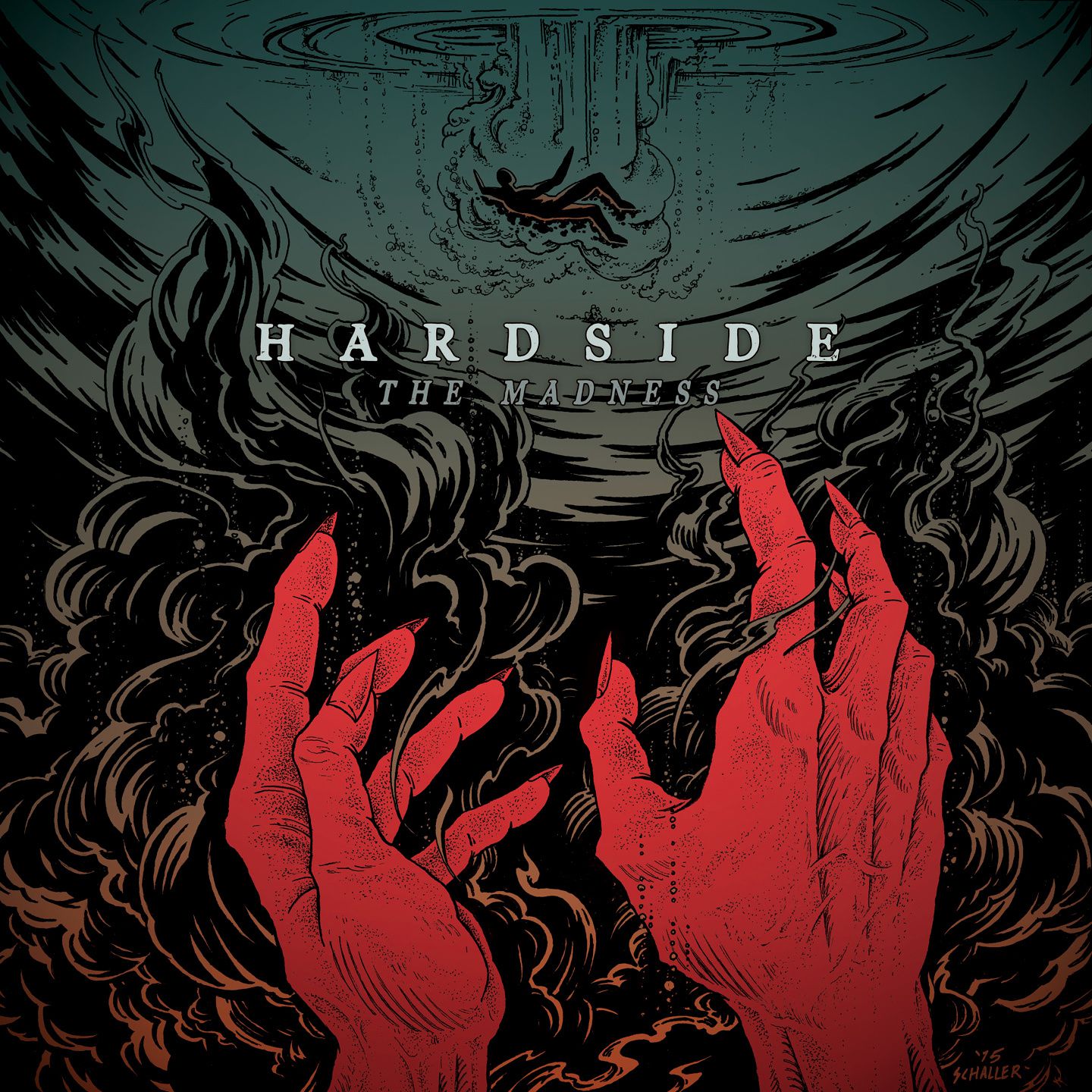