CD review BETWEEN THE BURIED AND ME "Coma ecliptic"

(9/10) This is an album that has a real 'wow' factor. "Coma ecliptic" is the seventh longplayer of Raleigh-based Between The Buried And Me and it became a real masterpiece too. Eleven tracks take you on a prog metal journey.

There are quite some things that Between The Buried And Me puts in the suitcase of this journey in order to make a real exciting one.

Sometimes prog rock is almost made for musicians only. It's about complex song strucutres and so one. BTBAM does the same and take it even to sme math metal at certain moment, but they add elements of catchiness to their tunes too which makes them also diguistable for non-musicians. On top of that the band breaks the clean vocals with some growls/shouts that are based from their own history - something that reflects the metalcore days of singer Tommy Rogers and guitarist Paul Waggoner.

If you haven't heard about the band before you can think about the earlier Opeth. This comes close to what you can expect from BTBAM. Add a bit of math metal and combine it with the catchiness of Dream Theater and you'll get "Coma ecliptic".

And last but not least it's the story the five guys tell on "Coma ecliptic". It's the story about a man, being comatose, that is reflecting on his life. The essence of the story is that you're surrounded by so many beautiful things in life. It's about enjoying those moments instead of satisfying the creed for improvement only.

When it comes to the music I have to say that this longplayer is a kind of sonic movie. The only thing you have to do is to put your earphones on and close your eyes.

"Coma ecliptic" became a great piece of music that each fan of the above mentioned bands should have checked out. You will like it. 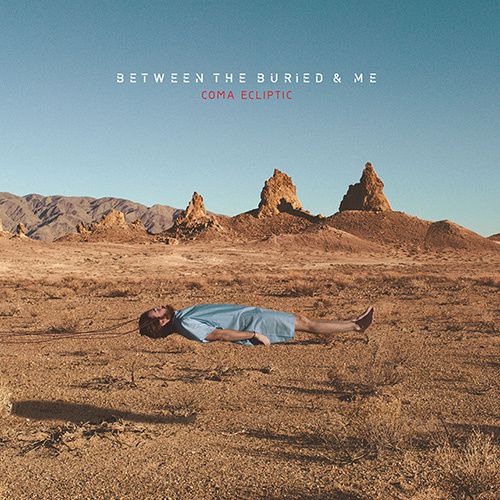